Climate Doomsday Essay ‘Is Exactly What We Don’t Need’ 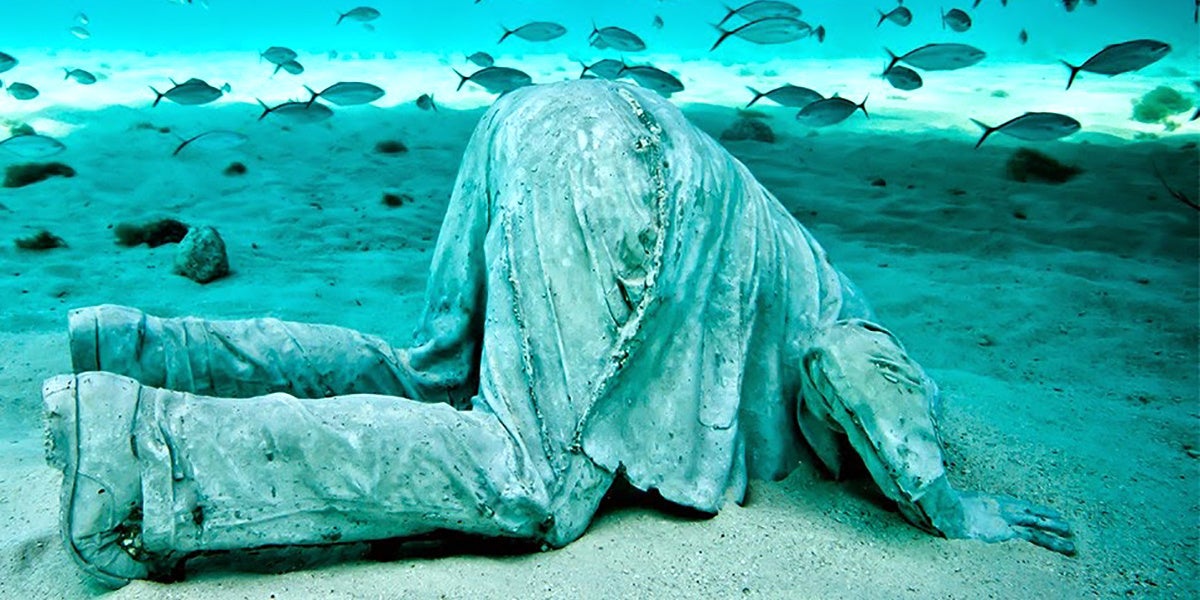 It’s not often that an article about climate change becomes one of the most hotly debated issues on the internet—especially in the midst of a controversial G20 summit.

But that exact thing happened following the publication of a lengthy essay in New York Magazine, The Uninhabitable Earth: Famine, Economic Collapse, a Sun that Cooks Us: What Climate Change Could Wreak—Sooner Than You Think.

Slate political writer Jamelle Bouie described the essay on Twitter as “something that will haunt your nightmares.”

It’s a fair assessment. Reading it feels like a series of punches in the gut, triggering emotions like despair, hopelessness and resignation.

But here’s the thing: Many climate psychologists and communicators consider those feelings to be the very opposite of what will compel people to action.

“Based on my research on climate communications, this article is exactly what we don’t need,” said Per Espen Stoknes, Norwegian psychologist and author of What We Think About When We Try Not to Think About Global Warming: Toward a New Psychology of Climate Action, in an interview with DeSmog Canada.

“It only serves to further alarm the already alarmed segment of people. “

Let’s get one thing out of the way.

Critics of the New York Magazine article—and other instances of doomsday journalism—are not anti-science. These are all people who firmly recognize the severity of catastrophic climate change, and are certainly not petitioning for a bury-your-head-in-the-sand approach, shielding the public from the potential horrors.

Rather, they suggest that most people will only process such facts about climate change if it’s framed in an appropriate way that acknowledges how individuals and societies respond to potentially traumatic threats.

“It’s really important to understand that it’s not just about facts and numbers, but having a way for people to interpret them and know there’s something they can do,” said Kari Marie Norgaard, associate professor of sociology and environmental studies at the University of Oregon and author of Living in Denial: Climate Change, Emotions, and Everyday Life, in an interview with DeSmog Canada.

Stoknes noted there’s a well-known “positivity ratio” for optimal engagement of a 3:1 ratio of opportunities to threats. He said the New York Magazine piece was around nine threats to every one proposed solution.

In other words, a tripling of the ratio in the wrong direction.

The author of the New York Magazine article has already responded to a series of criticisms on Twitter, including on the scientific merit of some of his claims.

A rather revealing moment was when Wallace-Wells replied to a critique from renowned futurist Alex Steffen—who had described the article as “one long council of despair”—by suggesting that “my own feeling is that ignorance about what’s at stake is a much bigger problem.”

The clear implication is that Wallace-Wells assumes a confronting of ignorance about scientific facts could help compel people to action and avoid the most dangerous manifestations of climate change.

“I think in the politics of climate change, a narrow idea of climate science is fetishized,” said Cohen, adding that even the Intergovernmental Panel on Climate Change largely fails to include social sciences in working group reports.

“It feels like the most realistic, the most unvarnished truth is what the science predicts,” he continued. “But the thing is that in some way, climate science registers the impact of human activity, but it’s not actually an integrated account of the dynamic feedback between social and political activities and physical events in the atmosphere.”

In other words, Wallace-Wells’ article sketches out a narrative of catastrophic climate change that assumes people don’t act on the knowledge of the situation.

But in a cruel twist, by only focusing on the science without any attempt to contextualize it in society or political systems, it could well have the reverse effect by making readers feel even more powerless.

This isn’t a new problem: Stoknes noted that as identified by James Painter of Oxford University’s Reuters Institute for the Study of Journalism, about 80 per cent of media coverage on the last Intergovernmental Panel on Climate Change assessment report used “catastrophe framing,” with less than 10 percent using “opportunity framing.”

“It’s not just about pointing your fingers at the climate skeptics and saying that’s the problem,” Norgaard said.

“Of course, it’s a major problem. But the apathy or acquiescence of the majority of people who are aware and do care is a larger problem. It’s about how we mobilize those people.”

Stoknes argues that thinking about such a sobering subject as apocalypse or death, if done correctly, can actually help people conceptualize new ways of thinking and being.

“This psychological approach to the apocalypse is very important, and I found it completely absent in the article,” he said. “It is not about predicting a certain year in the future of linear time, when everything will be collapsing. Maybe this notion is more like a call in the here and now, calling attention to the urgent need for a deep rethink of where we are and letting go of some cherished Western notions that we’ve been stuck in over the last century.”

Such a sentiment is echoed by climate psychologist Renee Lertzman and author of Environmental Melancholia: Psychoanalytic Dimensions of Engagement, who emphasizes in an interview with DeSmog Canada that predictable fault lines have formed in the wake of the New York Magazine piece.

A key factor for her is how humans actually process information that may be challenging and bring up difficult feelings. She said the consensus is that we can become “cognitively impaired” when the brain’s limbic system becomes activated, resulting in reduced capacity to have functions for strategy, foresight, collaboration and tolerance.

“That goes out the window when your limbic system is activated, which arguably articles like this are going to do,” she said. “The best way to deal with that reality is to address how we can soothe and disarm our defenses.”

That’s certainly not going to be an easy feat. But there are plenty of initiatives out there that are embracing a bit more nuance.

Lertzman points to Project Drawdown—an attempt to compile the 100 top solutions to climate change—as a powerful initiative, although she suggests “even that is missing the emotional taking stock of where we are.” Cohen shouted out the work of the Yale Program on Climate Change Communication and Texas Tech climate scientist Katharine Hayhoe.

But central to progressing beyond the gridlock of current climate discourse is likely via bringing it closer to the local level, where people feel they can actually influence things.

CBC’s new podcast 2050: Degrees of Change is a good example of this. While it paints a dramatic picture of life in BC under climate change, it also uses a scenario under which the world has drastically decreased greenhouse gas emissions.

“We wanted listeners to end off realizing this is a middle of the road scenario and things could be worse and they could be better depending on what we choose to do now,” Johanna Wagstaffe, podcast host and CBC senior meteorologist, told DeSmog Canada.

Norgaard said engaging with issues on a local level can give people a leverage point into even greater engagement.

“We really need to on the one hand be aware that it’s something we need to respond to as a collective,” she said. “Riding your bike is great, but we need to also be engaged in collective political action and solutions. That’s part of what helps people to do something proactive that’s real.”