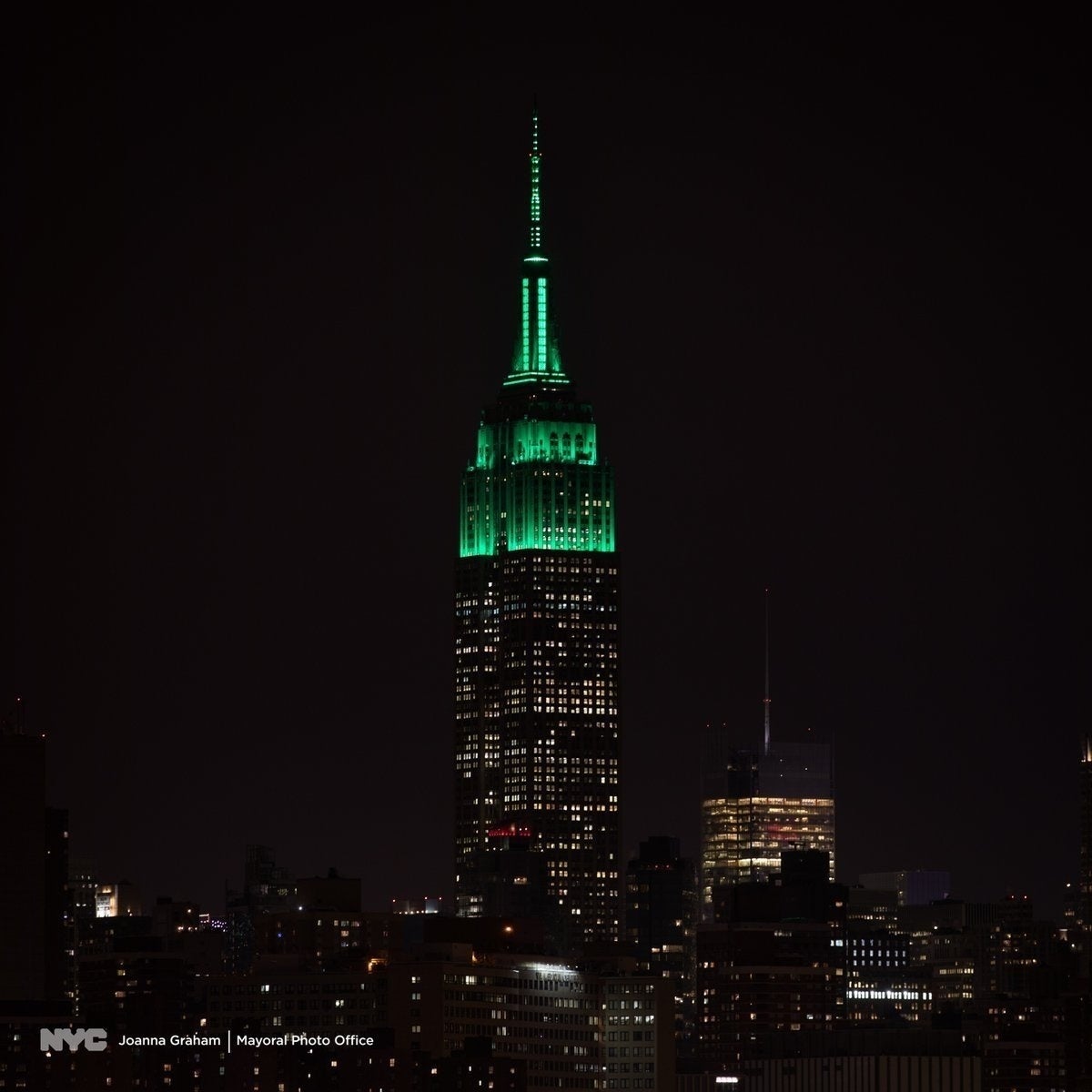 350.org co-founder Bill McKibben, a major campaigner in the global divestment movement, remarked in a tweet about the green lighting, “Just this once I think it’s worth the carbon!”

The Belgium-based European Green Party also chimed in and advocated for European leaders to follow the Big Apple’s footsteps.

“Let’s join #DivestNY and #DivestEurope for a Green and sustainable future for us and generations to come,” the party said on social media.

The divestment movement has grown in the U.S. and around the world. In November, Norway proposed to sell off all of its shares (about $35 billion) in oil and natural gas holdings.

“Today was an incredible day,” author and investigative journalist Naomi Klein
tweeted. “Hearing the mayor of the biggest city in the richest country on earth announce a lawsuit against 5 oil majors for climate damages AND fossil fuel divestment? Wow. We needed this. We will build on it.”