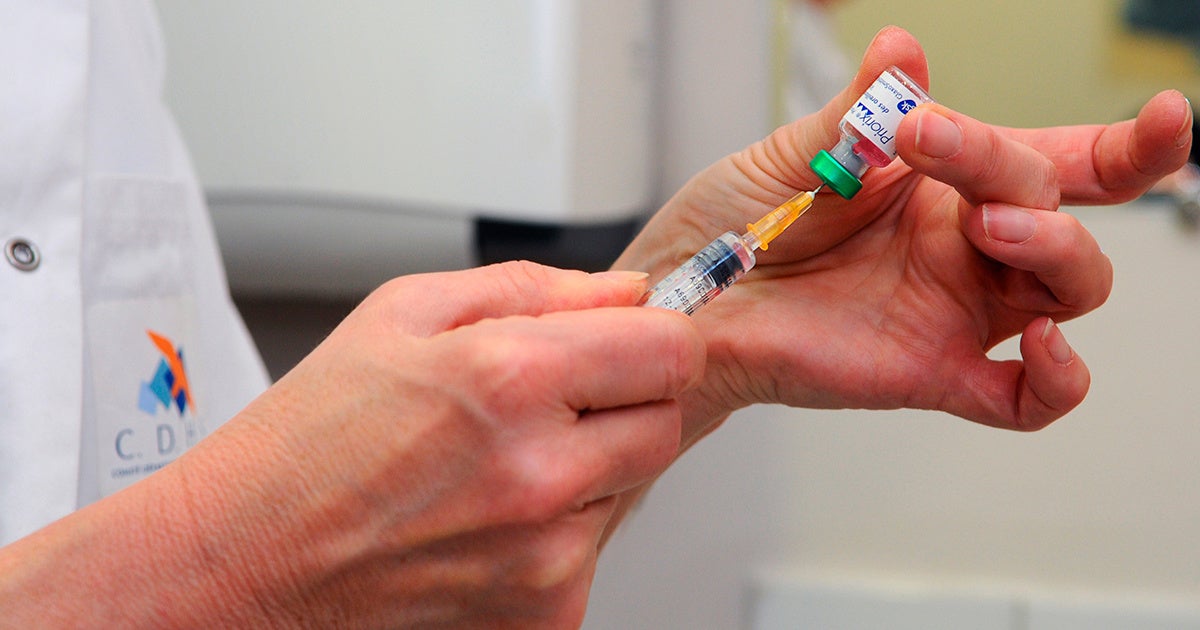 A suburban county in New York has banned unvaccinated children from entering enclosed public spaces at it seeks to curb the longest running measles outbreak in the state since the disease was declared eliminated from the U.S. in 2000, CNBC reported.

Rockland County announced the ban during an emergency declaration on Tuesday, and said that the ban would be in place for 30 days or until unvaccinated children are administered the measles, mumps and rubella (MMR) vaccine. It applies to enclosed spaces including shopping malls, schools and houses of worship, but does not include outdoor areas like playgrounds, Reuters reported. The ban will not apply to people who are unable to be vaccinated for medical reasons.

“We will not sit idly by while children in our community are at risk,” County Executive Ed Day said in a statement reported by Reuters. “This is a public health crisis, and it is time to sound the alarm.”

The outbreak in the county around 11 miles north of Manhattan began in October of 2017 when seven unvaccinated travelers diagnosed with measles entered the county, CNBC reported. To date, 153 people have gotten sick and 82.1 percent of them were not vaccinated, according to county data.

The Rockland County outbreak is one of six in the U.S. that has been reported to the Centers for Disease Control and Prevention (CDC). The others are taking place in New York City, Washington, Illinois, Texas and California. Like the Rockland outbreak, the others have also been linked to travelers who returned from countries like the Ukraine and Israel where large measles outbreaks are ongoing.

There have been at least 181 cases of measles in Queens and Brooklyn since October. Both the New York City and Rockland outbreaks have spread predominantly among the Orthodox Jewish community, which tends to have lower vaccination rates, CNBC reported.

However, parents across the U.S. refuse to vaccinated their children due to religious or philosophical reasons, or because they fear that the vaccine has other side effects like autism, Reuters noted. Large scientific studies have found no links between vaccination and autism.

Health officials say an immunization rate of 92 to 95 percent is necessary to prevent the spread of measles in a community. In Rockland County, only 72.9 percent of children under 18 are vaccinated, Day said, as CNBC reported.

Public health experts said they were unsure how the Rockland County ban would be enforced and received. Northeastern University public health law professor Wendy Parmet spoke to STAT about the complexities of the decision:

“I think it’s important that the public health big guns are used with care and deliberation and real concern for efficacy and the law,” she said, though she noted that in this case, the county may have felt it had no other choice. “It may be that they’re running out of options in Rockland County.”

The question, she suggested, is whether the county’s decision will quell the outbreak — or make things worse.

“The problem is you can’t use this method indefinitely. So you’ve got to somehow stem the tide of this epidemic without so shattering relationships with the community that you’re just buying into a longer-term problem,” Parmet said. “It’s a challenge.”

Day made the choice as the number of cases increased and health officials said they faced resistance when investigating cases.

“Our health inspectors have been hung up on and told not to call again. They’ve been told, ‘We’re not discussing this, do not come back,’ when visiting the homes of infected individuals as part of their investigations,” Day said, according to CNBC. “This type of response is unacceptable and frankly irresponsible.”