20% of NYC May Have Already Had Coronavirus, Antibody Tests Show 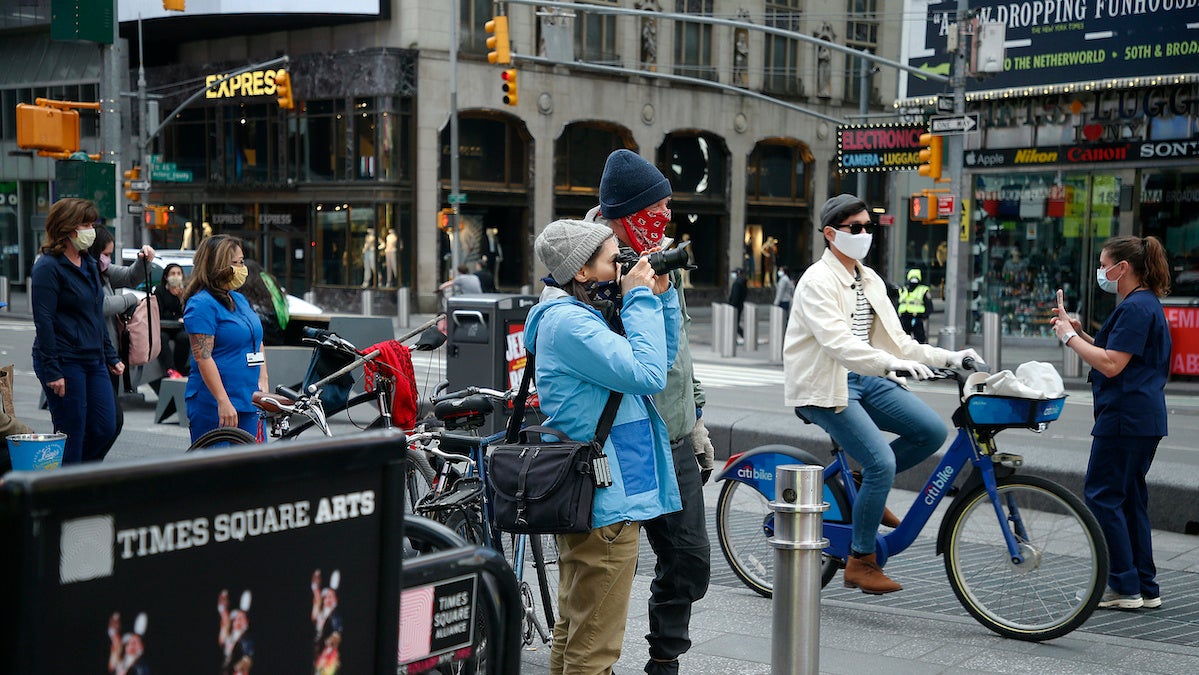 One-fifth of New York City may have already had the new coronavirus, initial results of antibody testing suggest.

Gov. Andrew Cuomo reported the findings Thursday, which showed that, out of 3,000 randomly tested New Yorkers, 13.9 percent had been infected with the virus and recovered. Extrapolated to the state’s population at large, that would mean 2.7 million New Yorkers had been infected, more than ten times the state’s confirmed caseload, NBC New York reported. The findings lend credence to the idea that the virus is spreading more widely than testing has so far indicated.

“This basically quantifies what we’ve been seeing anecdotally and what we have known,” Cuomo said in a press conference reported by NPR, “but it puts numbers to it.”

New York City, the epicenter of the U.S. outbreak, had the highest percentage of positive results. Out of around 1,300 people tested in the city, around 21 percent tested positive for the virus antibodies, The New York Times reported.

New York undertook the tests because, as NPR explained, testing for infection with the virus has been limited, meaning mild or asymptomatic cases don’t make it into the official tally, which stood at 263,460 as of Friday morning Eastern Time. The tests were conducted outside grocery stores in 19 New York counties.

The New York Times explained the difference between these tests and the tests administered to symptomatic patients:

Unlike so-called diagnostic tests, which determine whether someone is infected, often using nasal swabs, blood tests for Covid-19 antibodies are intended to reveal whether a person was previously exposed and has developed an immune response. Some tests also measure the amount of antibodies present.

While the antibody tests indicate a higher case load, they also suggest a lower death rate. As of Friday morning, the virus had killed at least 20,982 in New York state and 16,388 in New York City. If only confirmed cases are included, the state death rate is around eight percent. If 2.7 million were infected, however, it would fall to around 0.8 percent.

Cuomo said part of the reason for conducting the tests was to guide the process of lifting lockdown measures.

But public health experts have cautioned against relying too heavily on antibody tests to ease social distancing measures.

“It means a lot of us in NYC have been infected. But that’s not surprising news — we’ve seen high levels of cases for over a month,” emergency room doctor and Ebola survivor Craig Spencer tweeted of the results, as NBC New York reported. “It means the virus is STILL spreading in NYC. It means that the MAJORITY of us are still very susceptible! It means we still need to #StayHome.”

It means a lot of us in NYC have been infected. But that's not surprising news – we've seen high levels of cases for over a month.

It means the virus is STILL spreading in NYC.

It means that the MAJORITY of us are still very susceptible!

It means we still need to #StayHome.

The World Health Organization has recommended the tests only be used for research purposes, according to The New York Times, and not to make decisions about who can return to work.

“I’m very ambivalent about these tests, because we don’t really know yet through the science what it means to have an antibody,” Dr. Joan Cangiarella, the vice-chair of clinical operations at NYU Langone Health’s pathology department, told The New York Times. “We are hoping these antibodies mean you will be immune for some time, but I don’t think the data is fully out there to understand if that means that you’re actually immune. And if these antibodies start to decline, what’s that time frame? Does it decline in a year from now?” she asked.