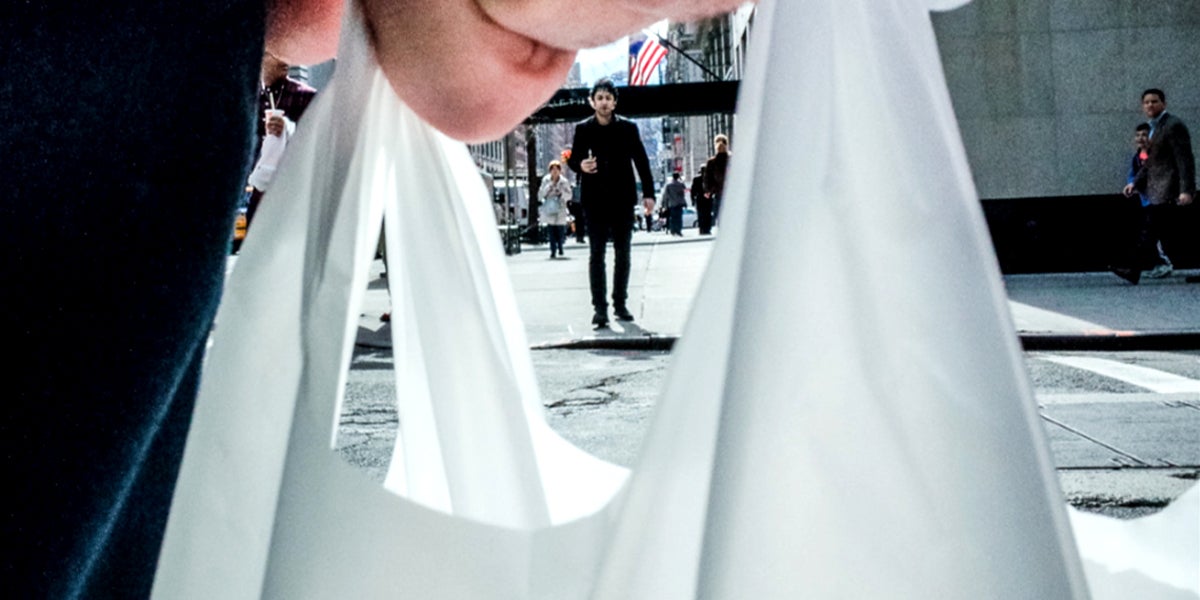 “Many families have a hard time just getting by, paying for groceries, rent and heat,” Sen. Simcha Felder (D-Brooklyn), who introduced the bill, said before Tuesday’s vote.

As the Gothamist noted, Felder’s bill took specific aim at New York City, as it would “prohibit bag taxes or fees in cities with a population of 1 million or more.” The Big Apple is the only city in the state with 1 million people.

https://twitter.com/NewYorkCityOBN/status/821521253538246657 the amount of waste we send to landfills, and will also help keep bags out of our trees, streets and oceans.” New York City shoppers were encouraged to bring their own reusable bag to stores instead.

People on the supplemental nutrition assistance (SNAP), aka “food stamp,” program do not have to pay the fee, as stores will provide carryout bags for these customers free of charge.

According to the New York League of Conservation Voters, the city spends more than $12 million each year sending 10 billion plastic bags to landfills. The organization argues that the bill would save taxpayers millions of dollars while also cutting bag litter in the streets, parks, waterways and landfills.

Raul A. Contreras, a spokesman for Mayor Bill de Blasio, defended the fee. He told the New York Times that similar laws already exist in more than 200 municipalities in 18 states across the country.

“This is the type of progressive and environmentally conscious action that helps create a more sustainable city,” Contreras told the newspaper via email. “We are going to continue to work with our partners in the city council and Albany on implementation of this legislation.”

Democratic Senators also argued that the Senate should not overrule the city council’s wishes.

“This is the nullification of the wishes of a legislative body representing 8.5 million people,” Sen. Brad Hoylman, (D-Manhattan) told the New York Daily News, adding the Senate measure was “breathtakingly arrogant.”

“I understand that people don’t want to pay the fee. But a much easier way to avoid the fee than pre-empting our law is just to bring a reusable bag,” Democrat Councilman Brad Lander told the Times. “It’s just not that hard.”

However, the American Progressive Bag Alliance said in a statement that the fee would “disproportionately impact those who can least afford it—without providing any meaningful benefit to the environment or New Yorkers.”

The measure now heads to the Democrat-controlled Assembly. If the measure is approved by both chambers, Democratic Gov. Cuomo could sign it into law.

“If the Legislature passes a bill, we will review it,” Cuomo’s spokesman, Frank Sobrino, told the Times. The governor’s position on the measure is currently unclear.

In recent years, carryout bag legislation in the form of bans or taxes has taken center stage in many cities and even entire states. While states like California have legislated against these single-use items, a growing number of states are spearheading bans on bag bans.

Last month, Michigan passed a law making it illegal for local governments to enact ordinances that ban or place fees on plastic bags or disposable containers used by stores and restaurants. Other states that have banned local plastic bag ordinances include Wisconsin, Idaho, Florida and Arizona.