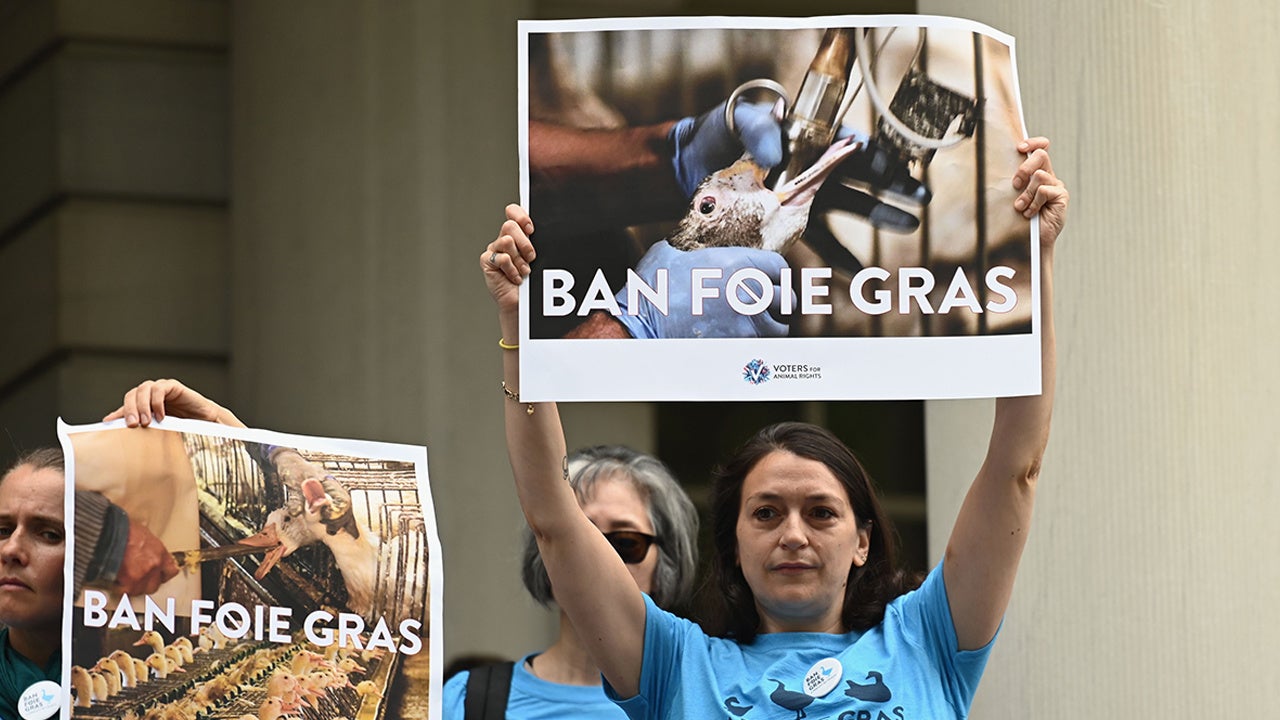 Animal rights activists hold a rally in support of a bill to ban the sale of foie gras on June 18 at New York City Hall in New York. ANGELA WEISS / AFP / Getty Images

New Yorkers will have to say au revoir to foie gras come 2022.

This week, the New York City Council voted overwhelmingly (42-6) in favor of a bill that will ban the sale of foie gras in three years. The legislation will bar stores, farmers’ markets and restaurants from storing and selling products that come from the practice of force feeding birds.

The traditional method of making foie gras, known as gavage, involves force feeding corn to ducks or geese through a tube to fatten up their livers.

While animal rights activists have cheered the bill, many chefs are not happy with the ban. It will reportedly impact around 1,000 restaurants that serve foie gras on their menus. Once it comes into effect, those caught serving force-fed foie gras could face fines of up to $2,000.

Opponents have argued that the ban will also threaten the livelihood of upstate farmers that produce foie gras, as the city’s restaurants make up a significant proportion of their market.

On Wednesday, a spokeswoman for Mayor Bill de Blasio told the Times that the mayor would sign the bill into law.

In 2012, California implemented its own ban, which led to a court challenge. It was ultimately upheld in an appeals court. Chicago also banned foie gras production in 2006, but that city’s ban was reversed two years later.