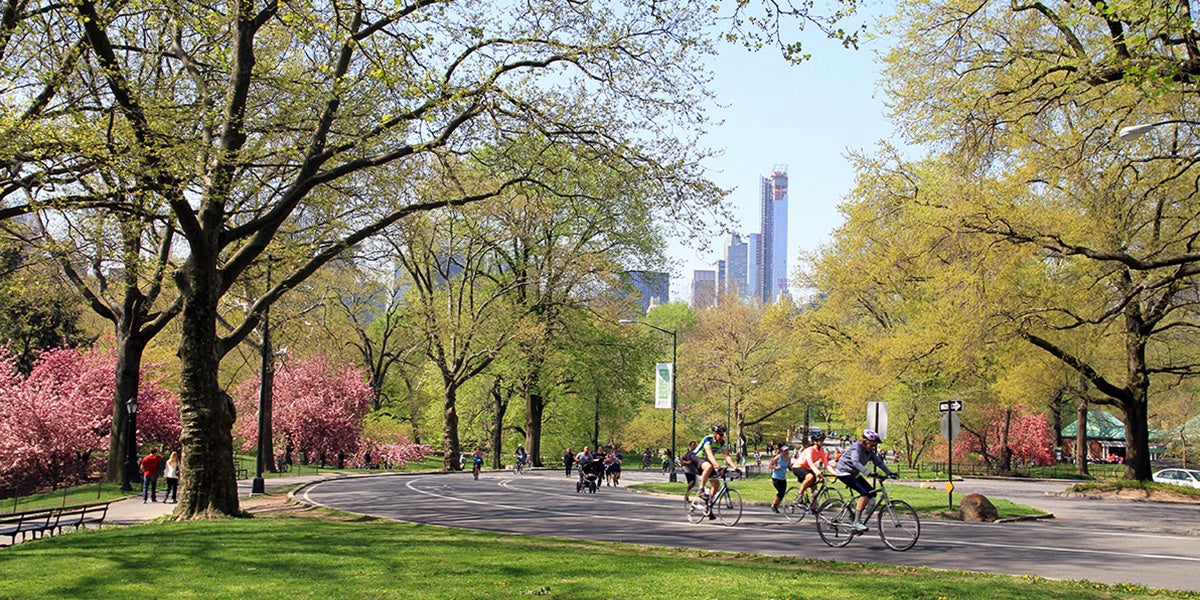 One of the world’s most iconic parks is going vehicle-free this summer; New York City is banning all cars and trucks from Central Park.

“This park was not built for automobiles,” Mayor Bill de Blasio announced Friday in Central Park. “It was built for people.”

Central Park will reach its full potential by going car free. They didn't design it for cars in 1857, and it's not meant for cars today. Parks are for people. pic.twitter.com/nVWLsO7ZP1

Starting June 27, the day after public schools close, drives will be closed below 72nd Street. Cars are already banned on park drives north of 72nd Street at all times.

There are roughly 42 million visits to Central Park every year. Its 843 acres of green space is a welcome respite for tourists and residents of the bustling, crowded metropolis. However, a number of motorists drive through the park’s various roads to get to their destinations.

“Now all of those people will have a safe, beautiful experience because this park will be car-free,” de Blasio said.

The landmark announcement is the culmination of a 50-year fight for a car-free Central Park, dating back to the efforts of future mayor Ed Koch and future NYC Greenmarket founder Barry Benepe.

Mayor de Blasio has prioritized environmental concerns since taking office. Earlier this year, the city government said it will divest its pension funds from fossil fuel investments and announced that it filed suit against five oil giants for contributing to climate change. In Sept. 2014, the year he was sworn in, de Blasio announced New York City’s plan to reduce carbon emissions by 80 percent from 2005 levels by 2050.

“This announcement is very much connected to understanding what we have to do to protect our Earth and to fight against climate change,” he said Friday, just days before Earth Day.

The world’s most famous park is going car free! Join me in Central Park for more. https://t.co/lrpbyyHmC2

“Parks in this city are sacred because, probably more than any place, our parks are our refuge, they are where we do everything—little league, and kids learning on the playground how to play for the beginning of their lives,” de Blasio said. “For some of us, even more important things. My wife Chirlane and I got married under a tree in Prospect Park.”

“They are an oasis,” he added. “For some people, they are literally where they take their summer vacation, because that’s what they can afford, to be in a park and that’s even more important for those families.”

According to the New York Times, the new rule will not affect the crucial traverses between 65th, 79th, 86th and 97th Streets, which are built below park level. Parks Department vehicles and emergency and police vehicles will be allowed access to the park.