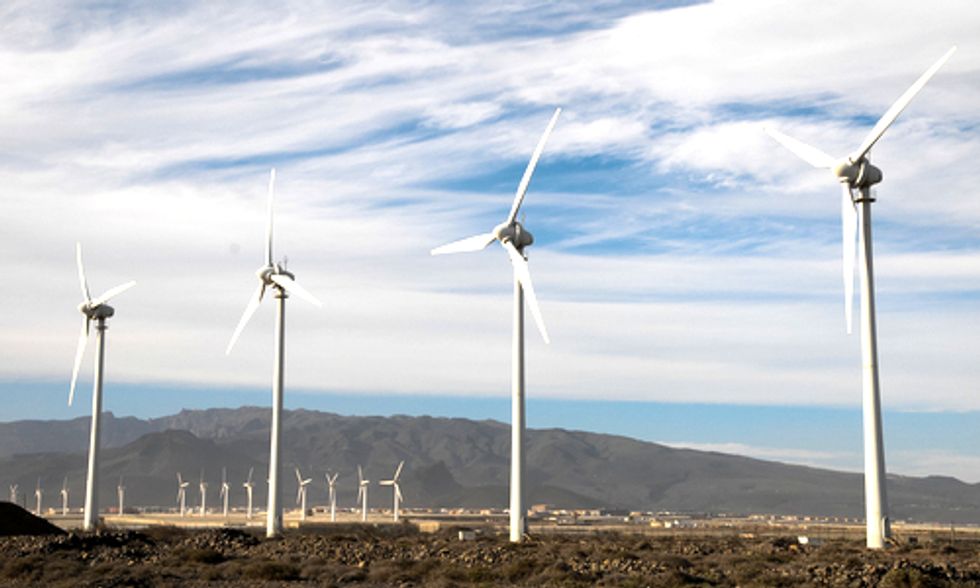 If the latest proposal for the wind Production Tax Credit (PTC) is approved, it would dramatically decrease the incentive's amount and eventually phase it out altogether.

Introduced on Thursday by U.S. House of Representative Committee on Ways and Means Chairman Dave Camp, (R-MI), the new proposal would retroactively reduce the credit from about 2.3 cents per kilowatt-hour of produced energy to 1.5 cents. The incentive would then be eliminated in 10 years.

Despite a nationwide scramble by businesses hoping to qualify for the credit before it expired in December, Camp's plan presents an unlikely scenario—that industry members actually said they won't need the incentive much longer.

"Businesses in the wind industry have represented to the committee that the industry could survive with a credit worth 60 percent of the current credit, implying that the credit provides a windfall that does not serve the intended policy," the plan reads.

Additionally, 50,000 people signed a petition to renew the incentive and sent it to new Senate Finance Committee leader Ron Wyden, D-OR, just two weeks ago. Before that, the members of the Governors Wind Energy Coalition asked Congress to extend the PTC. They centered their argument around an estimated 5,000-plus layoffs that took place within the industry in late 2012 because of the impending expiration of the PTC. The credit expired Dec. 31, 2012, but Congress temporarily extended it two days later.

“The legislation is highly unlikely to be enacted in its current form," Jeff Davis, a partner at law firm Mayer Brown, told North American Wind Power.

Still, Davis told the publication that Camp's stance that the Internal Revenue Service safe harbor requiring continuous construction for wind projects started by Dec. 31 is too liberal could have a "chilling effect on the wind industry and participants as to what it takes to satisfy the ‘commence construction’ requirements.”

Camp's proposal is part of a nearly 200-page draft of his tax reform act. According to his plan, the PTC provision would increase revenues by $9.6 billion.

Tom Kiernan, CEO of the American Wind Energy Association, believes the proposal would essentially be a slap in the face to an industry that has invest billions in trying to shift the energy supply to cleaner tendencies.

"Retroactive tax increases undermine investors' trust in the U.S. investment environment," Kiernan said in a statement.  "To raise taxes retroactively on an industry that has invested up to $25 billion annually in this country and built 550 manufacturing facilities would be bad policy."

Michael Brower, president and CEO of the American Council on Renewable Energy, is concerned that Camp's proposal doesn't do enough to encourage the private investment needed to grow the industry and move society further away from fossil fuels.

"Renewable energy tax policies have been effective and they can be improved to drive even more capital into clean, American-made energy," he said in a statement. "The tax reform plan released [Thursday] would, if enacted, exacerbate an already uncertain policy environment by proposing repeal of effective tax policies while even undermining existing business agreements and contracts by changing the terms of current operating policy."