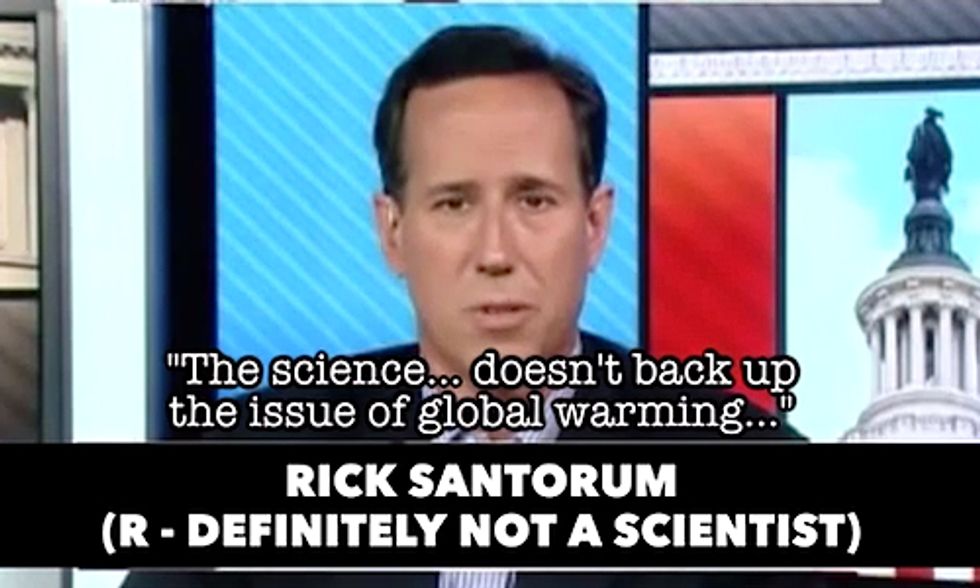 In support of President Obama's plan to cut carbon emissions, Americans United for Change released a video today calling out climate deniers in the GOP.

“The GOP’s new talking point when challenged on climate change is ‘I’m no scientist’, and yet they remain 100 percent certain as that 97 percent of the scientific community is pulling a fast one on us all for no explicable reason,” said Jeremy Funk of Americans United for Change. “Could it be because Big Oil and the pollution-profiting Koch brothers have given Republicans tens of millions of reasons to feign or maintain ignorance to the detriment of our environment, health and national security?”

While the Republican party maintains their ignorance, a new poll commissioned by Americans United for Change shows that crucial Independent voters are not sympathetic to this anti-science position, with only 29 percent open to supporting a climate skeptic in the 2016 presidential elections.

What's in a Name? Global Warming vs. Climate Change in the Eyes of Americans