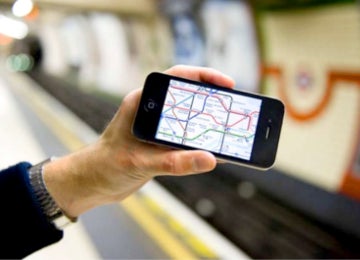 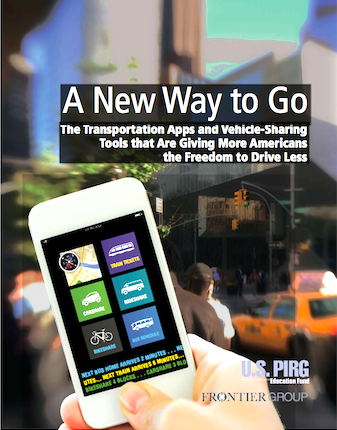 In a first-of-its-kind study, U.S. Public Interest Research Group (U.S. PRIG) compiled nation-wide evidence on transportation apps and vehicle sharing programs, and found that these advanced new tools have made it easier for Americans to drive less. Real-time apps and on-board wi-fi for public transit, as well as carsharing, bikesharing and ridesharing have spread rapidly in recent years while driving has declined.

The report, A New Way to Go: The Apps, Maps, and New Technologies that are Giving More Americans Freedom to Drive Less, examines new evidence on how these practices are changing travel behavior.

“Mobility used to be all about driving a personal car” said Phineas Baxandall with U.S. PIRG. “For Baby Boomers, driving one’s car represented freedom and spontaneity. Today–especially for younger people–owning a car is likely to represent big expenses and parking hassles.”

“Meanwhile, technology and vehicle-sharing are making it easier not to own a car or for households to drive less,” Baxandall continued. “Public transit systems, especially with on-board wi-fi and real-time apps, can be the backbone of this new mobility.”

The report, sheds additional light on how Americans have been driving less per-person for eight years in a row and total miles remain below 2005 levels (Federal highway data).

Among the findings cited in the report:

Young Americans have consistently been the first to adopt and test these new technologies and practices. As of September 2012, young adults were six times more likely to have a smartphone than their grandparents’ generation, and twice as likely as Americans 50 to 64 years of age.

“As more Americans are searching for ways reduce driving and incorporate physical activity into their lives, they need information on how to get out of their cars and onto the sidewalks, bike lanes and rail tracks,” said U.S. Rep. Blumenauer (D-OR) in a statement about the report. “This report outlines ways they can do that. I recommend that anybody across the country who’s making decisions about transportation read these recommendations and hop on board with those of us who already know that the cheapest gallon of gasoline is the one you don’t have to buy.” 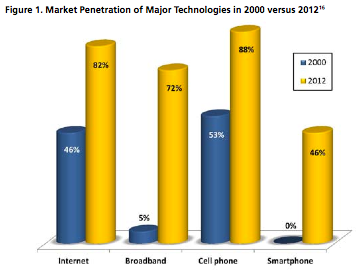 Findings from a separate report released today by the American Public Transit Association (APTA) reinforce those from U.S.PIRG. APTA’s study, Millennials & Mobility revealed that 70 percent of adults under 35 use multiple alternatives instead of the car several times or more per week. Millennials view public transit as the superior mode for digital multitasking, and a majority view transit-based wi-fi and mobile broadband as well as real-time information about bus and train locations as important.

“Now is the time to be pro-active in creating this multi-modal transportation system to address the Millennial generation’s demands and lifestyles,” said Michael Melaniphy, president and CEO of the APTA. “This generation wants the pragmatic benefits of having multiple ways to get around.”

“In the past, people often saw little choice but to depend on personal automobiles. And once you’ve already paid for a car and insurance, then it’s harder to consider other choices,” said Baxandall. “The new tools make it easier not to own a car or to own fewer cars. New apps make it easy to catch a bus and ride unfamiliar routes. Bikeshare or rideshare can be the perfect complement when public transit doesn’t reach nearby your destination, when weather changes, or unexpected errands arise.”

The report provides policy makers with a number of recommendations such as to install more wi-fi on public transit and to integrate bike and car sharing into traffic management plans and locate near transit stations. Highway expansion projects should be reconsidered and canceled if no longer justified.

“These technological tools and practices are still in their infancy but spreading fast. Government leaders should focus less on expanding highway capacity and more on public transit, biking, walking and other alternatives to personal cars,” said Baxandall.