New Survey of 63,000 Scientists Across 16 U.S. Agencies Details How Trump Is ‘Sidelining Science’ 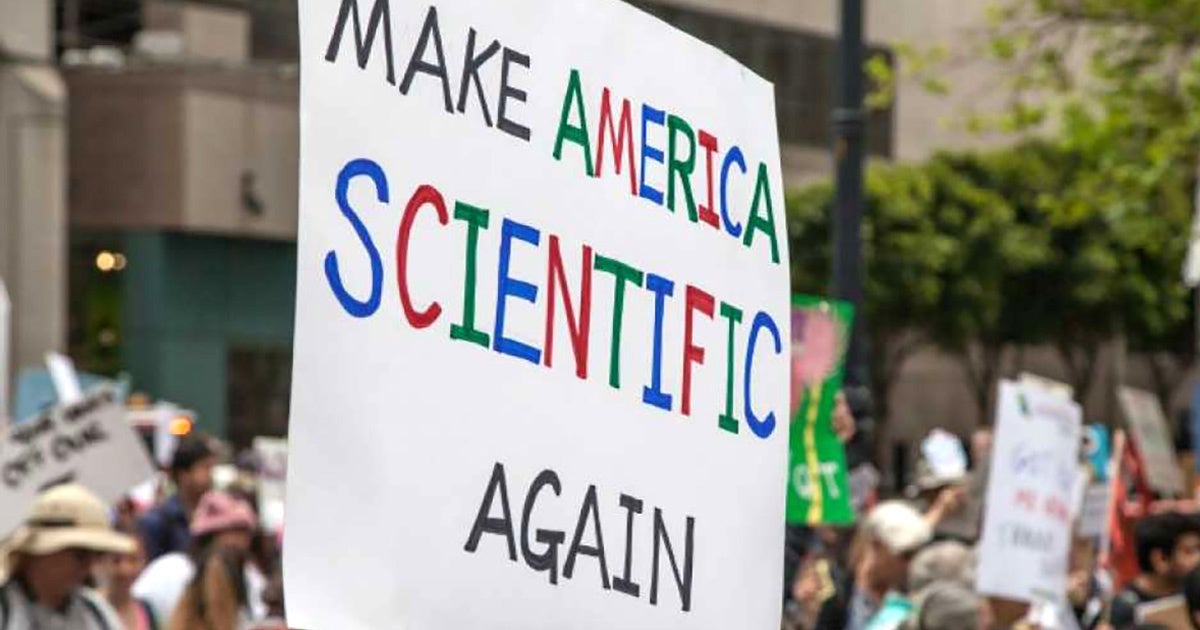 A new survey of 63,000 scientific experts across 16 federal agencies reveals that as the Trump administration continues to brazenly attack national environmental regulations, it is also “sidelining science” within agencies, with staffers reporting issues including “censorship and self-censorship, political interference in scientists’ work, low morale, decreased agency effectiveness, and dwindling resources.”

Partnering with the Center for Survey Statistics and Methodology at Iowa State University, the Union of Concerned Scientists (UCS) conducted the survey in February and March of 2018, after spending more than a year documenting the federal government’s “abysmal” record on science policy since President Donald Trump took office.

UCS compiled the responses into a report that outlines how “federal scientists are doing the best they can, but many report that they lack the resources and institutional support to inform agency decisions most effectively.”

[Thread] This year we surveyed 63K+ federal scientists and the results are in: political interference, reduced staff capacity, and absence of leadership has made it harder for scientists to effectively carry out important work. Read the report here: https://t.co/iUvGnPztun

Many said they feel agency “leadership, including officials lacking scientific expertise, are wasting taxpayer dollars through counterproductive reorganizations and clampdowns on scientists’ ability to share their knowledge with the public.”

Reports of political interference and #censorship were highest at @EPA, @NatlParkService, @USGS, and @USFWS. “Anything to do with "climate change" in the by-line has been zeroed out or very drastically reduced.” #ScienceUnderTrump pic.twitter.com/MSJZUh8J01

Among those surveyed, the report states there is also widespread concern that “science-based federal agencies are losing critical expertise and capacity due to early retirements, buyouts, sustained hiring freezes, and other departures of scientists from government service.”

And while some scientists have voluntarily left their government jobs—some out of frustration—or had their roles eliminated under Trump, other science positions simply remain vacant. As of June, the report notes that the president had only filled “25 of the 83 government posts that the National Academy of Sciences designates as ‘scientist appointees.'” 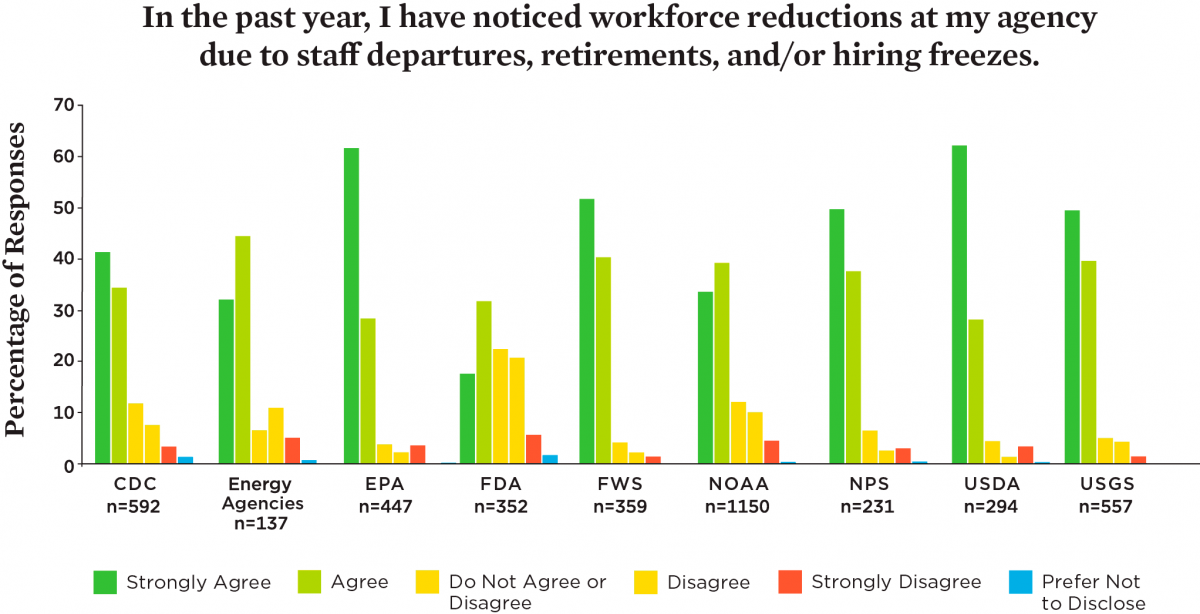 UCS researcher and report co-author Jacob Carter said that while issues of political interference, staff cuts, and lack of qualified leadership are plaguing “many of the critical science agencies—especially the agencies that handle environmental regulation,” scientists at the Food and Drug Administration (FDA) and Centers for Disease Control and Prevention (CDC) report that “their leadership respects their work and includes them in the policymaking process.”

Despite the few agencies that seem to be surviving Trump’s well-documented war on science better than the rest, Andrew Rosenberg, director of UCS’s Center for Science and Democracy, warned, “the challenges we’re seeing for scientists in the Trump administration are serious.”

“When federal scientists can’t carry out their work, it’s the public that suffers,” explained Charise Johnson, a UCS research analyst who worked on the survey. “When you can’t research threats and share accurate information with the public, there are real consequences. People depend on federal science to protect them from pollution, chemical exposure, and natural disasters.”

“We can’t afford to have these agencies hollowed out or let their work be manipulated for political reasons,” concluded Rosenberg, who formerly served as senior scientist at the National Oceanic and Atmospheric Administration (NOAA).

In addition to outlining trends among scientists’ responses and emphasizing concerns about the challenges that federal scientists are facing in the Trump era, the report offers several recommendations for actions that agency leaders can take “to ensure that sound science informs policies vital to the American people’s health and safety.”

The report urges agency leadership to: