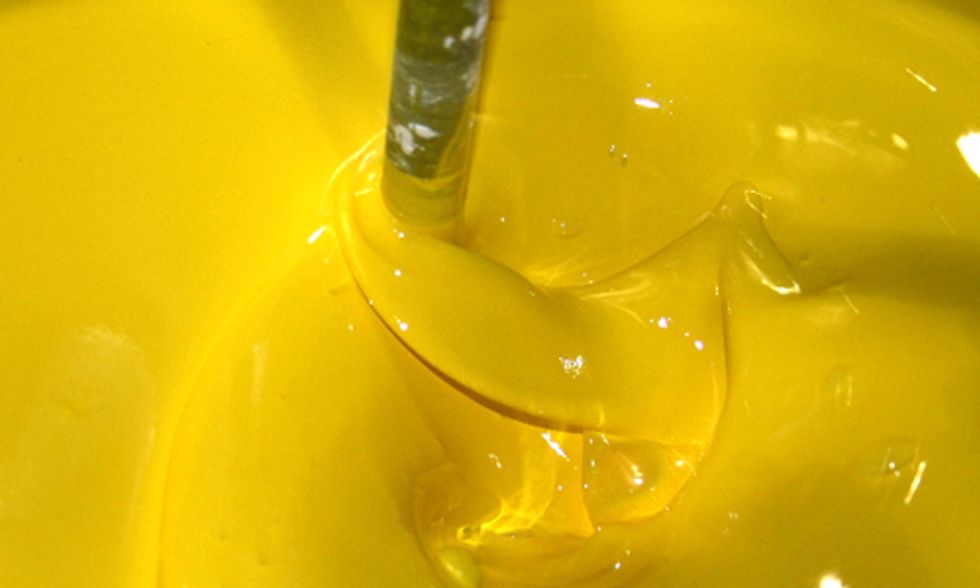 The dye used to make yellow clothing, newspapers, paint and much more could contain a banned chemical that is suspected of causing birth defects, cancer and irritation to the nose and lungs by leaking potentially harmful toxins into the air.

Students at Rutgers have been testing consumer products and found that newspapers, magazines, napkins, plastic bags, and even children's and adult clothing all contained PCBs.

The chemical, known as PCB-11, has made its way back into yellow goods due to a major loophole in the Toxic Substances Control Act, which states PCBs are allowed in consumer products as long as their production is unintentional. Oftentimes, PCBs are byproducts of chemical processes, according to the Safer Chemicals, Healthy Food blog.

Congress passed the Toxic Substances Control Act in 1979 banning PCBs after the chemical began showing up in fish and wildlife. But lawmakers realized it was difficult to regulate the inadvertent production of the chemical and created the legal loophole to permit its accidental production, reports ABC News.

One process that generates an inordinate amount of PCBs is the production of pigments, which are used in paints and printing inks.

Researchers at the University of Iowa tested batches of paint pigments and found a wide range of PCBs in them. Students at Rutgers, the State University of New Jersey, have been testing consumer products and found that newspapers, magazines, napkins, plastic bags, and even children's and adult clothing all contained PCBs.

"PCBs cause a whole range of really worrisome health problems," said Rutgers University Associate Professor Lisa Rodenburg in a Feb. 23 interview with Good Morning America. "There is enough evidence that there could be health effects from this specific kind of PCB that we should investigate further."

Yet to avoid widespread alarm Rodenburg added, "I don't think that people should be, you know, terrified of this, but i think it's important to be aware of what's going on."

Michelle Noehren, founder of the Connecticut Working Moms blog, told ABC Newss it's concerning because there's virtually no way to fully weed out the color yellow when shopping.

Rodenburg said the best option is to thoroughly wash new yellow clothing and to simply be mindful of what you're purchasing and its potential impact.

Researchers say further studies need to be conducted to find out just how harmful PCB-11 is to the public.

Visit EcoWatch’s FOOD and TIPS pages for more related news on this topic.