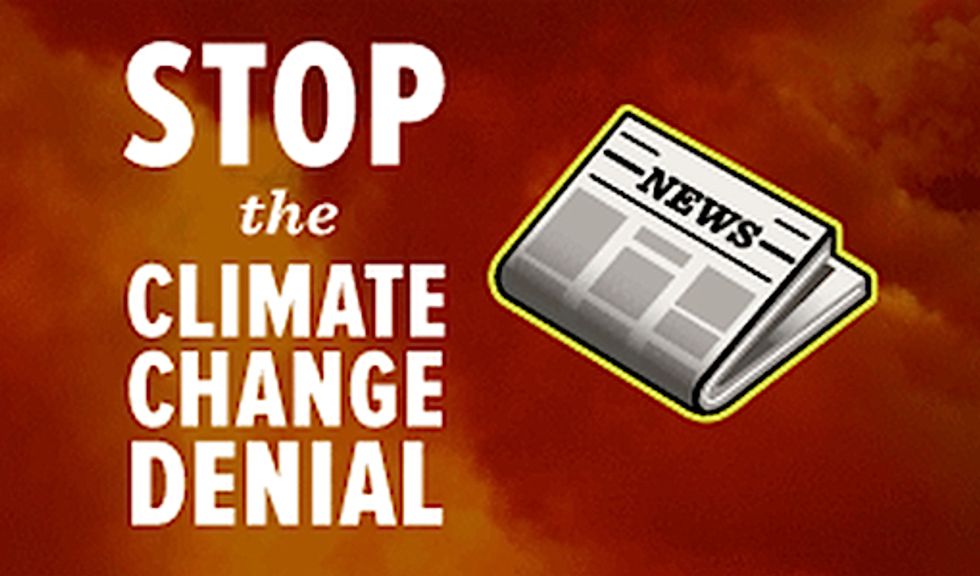 An analysis of temperature data since 1500 all but rules out the possibility that global warming in the industrial era is just a natural fluctuation in the earth’s climate, according to a new study by McGill University physics professor Shaun Lovejoy.

The study, published online April 6 in the journal Climate Dynamics, represents a new approach to the question of whether global warming in the industrial era has been caused largely by man-made emissions from the burning of fossil fuels. Rather than using complex computer models to estimate the effects of greenhouse-gas emissions, Lovejoy examines historical data to assess the competing hypothesis: that warming over the past century is due to natural long-term variations in temperature.

“This study will be a blow to any remaining climate-change deniers,” Lovejoy said. “Their two most convincing arguments—that the warming is natural in origin, and that the computer models are wrong—are either directly contradicted by this analysis, or simply do not apply to it.”

Lovejoy’s study applies statistical methodology to determine the probability that global warming since 1880 is due to natural variability. His conclusion: the natural-warming hypothesis may be ruled out “with confidence levels great than 99 percent, and most likely greater than 99.9 percent.”

To assess the natural variability before much human interference, the new study uses “multi-proxy climate reconstructions” developed by scientists in recent years to estimate historical temperatures, as well as fluctuation-analysis techniques from nonlinear geophysics. The climate reconstructions take into account a variety of gauges found in nature, such as tree rings, ice cores and lake sediments. And the fluctuation-analysis techniques make it possible to understand the temperature variations over wide ranges of time scales.

For the industrial era, Lovejoy’s analysis uses carbon-dioxide from the burning of fossil fuels as a proxy for all man-made climate influences—a simplification justified by the tight relationship between global economic activity and the emission of greenhouse gases and particulate pollution, he said. “This allows the new approach to implicitly include the cooling effects of particulate pollution that are still poorly quantified in computer models,” Lovejoy added.

While his new study makes no use of the huge computer models commonly used by scientists to estimate the magnitude of future climate change, Lovejoy’s findings effectively complement those of the International Panel on Climate Change, he said. His study predicts, with 95 percent confidence, that a doubling of carbon dioxide (CO2) levels in the atmosphere would cause the climate to warm by between 1.9 and 4.2 degrees Celsius. That range is more precise than—but in line with—the IPCC’s prediction that temperatures would rise by 1.5 to 4.5 degrees Celsius if CO2 concentrations double.

“While the statistical rejection of a hypothesis can’t generally be used to conclude the truth of any specific alternative, in many cases—including this one —the rejection of one greatly enhances the credibility of the other.”