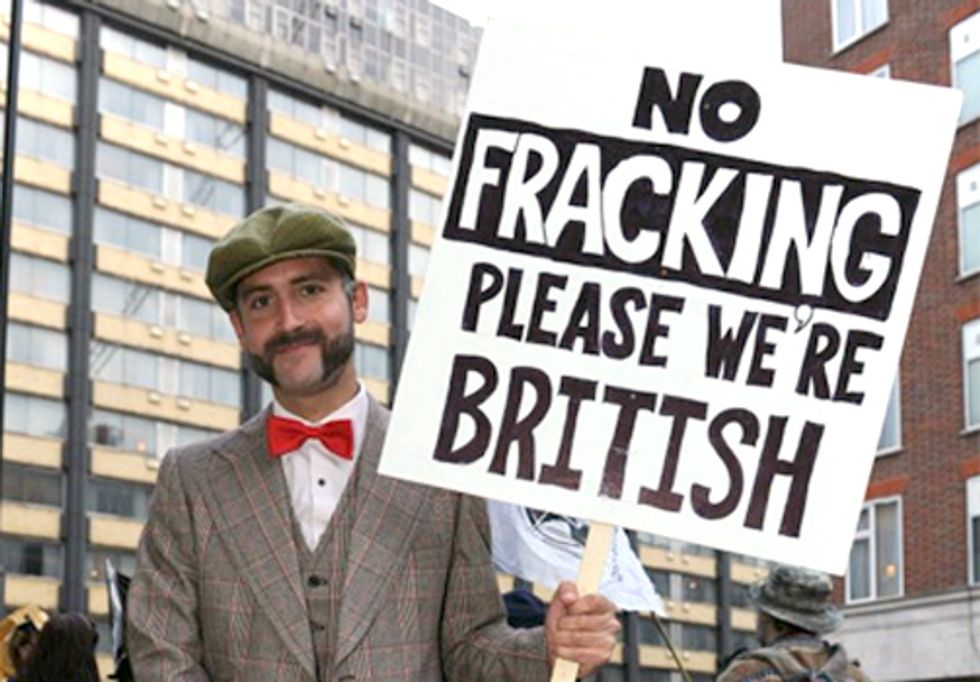 There’s an immense secret in Britain that’s about to create a frenzy—eco-activists are aware of it, the Treasury is licking its lips just thinking about it and the media has scarcely mentioned it.

Underneath a large area of the UK is a type of gas that could prove beneficial enough to change the face of energy consumption for decades—and it goes by the name of ‘shale gas.’

It’s a source of gas that’s caused energy prices in America to drop profusely. On this side of the Atlantic, shale gas has the potential to become an economical lifesaver. On the other hand, it could prove to be an ecological calamity—hence the banning of shale gas extraction in France and Bulgaria.

Unlike conventional gas found in porous stone that’s drilled and extracted, shale gas is trapped in prehistoric rock that has to be fractured to be removed. This fracturing process, known as ‘fracking,’ involves drilling a hole into shale rock containing the gas and pumping highly pressurized water, sand and chemicals at the dense mudstone to open up fissures. The gas then rises to the head of the well for piping.

The Department for Energy and Climate Change have predicted that one reservoir buried deep underneath the Lancashire countryside could contain 150 billion cubic miles of shale gas. With the possibility of reservoirs running from South Wales to Scotland, Great Britain may well have struck gold, in the form of gas.

If all predictions prove correct, then the face of Britain’s energy consumption could be changed for decades. If the Bowland Shale discovery in Lancashire alone provides the gas that it’s anticipated, Britain will have discovered the largest shale gas reservoir in the world.

Following this, thousands of jobs will be created, with billions of pounds pouring into the national purse. Hypothetically, Britain will become a global gas provider—all at a time when the North Sea gas reserve becomes ‘mature’ on the world map.

Sadly, like most things that sound too good to be true, shale gas comes with potential catastrophes.

Financially, shale gas may prove to be a flop. Britain might be sitting on gas that isn’t as productive as that discovered in the U.S. Furthermore, Britain may also have over predicted the quantity beneath it.

The real concern lies on the ecological and human impact of fracking for gas. On April 1, 2011, when a 2.3 magnitude earthquake shock the North-West of England, the finger was pointed at the shale gas well near Blackpool, due to the fracturing of the mudstone beneath. Although an earth tremor of this magnitude poses no threat to the community above, drilling 800 new wells in the area may prove otherwise.

The process of pumping tons of chemicals into the ground has concerned environmentalists who fear that aquifers (underground water sources) could become contaminated. In addition to the fracking process, a leak may occur as the methane rises to the top of the well causing a potentially explosive environment. Being a potent greenhouse gas, it may also prove to be more detrimental than coal.

Other concerns include the storage and discarding of the flowback water, which will rise to the surface and gather outside the well after the gas has been extracted. Current operations involve the water being stored in tanks and being taken away for treatment. In the U.S., the water remains a threat to the surrounding area as in some cases the lined pits stand open.

What the government now has to do is juggle with the pros and cons of extracting shale gas. Whereas the new extraction method could provide Britain with a sustained foreseeable future, the human and ecological threat could cause the tantalising gas to remain obsolete.

Shale gas is now in its initial stage of media attention. With large corporations rushing to get their hands dirty and those keeping their footprints green, I’m sure the scuffles between the opponents have yet to gain any momentum.