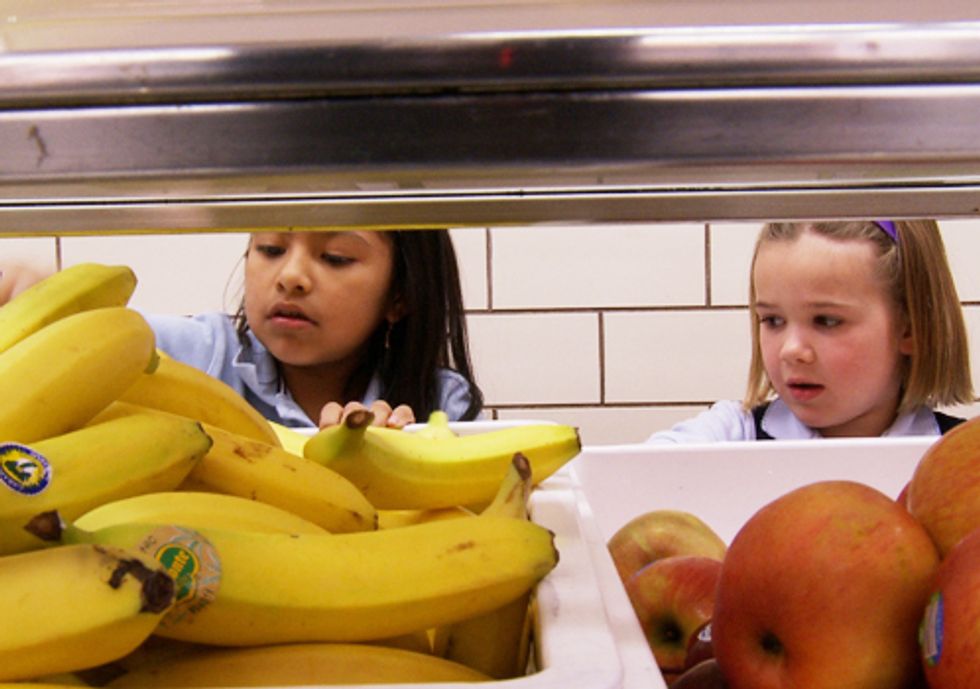 Michelle Obama and Tom Vilsack announced new nutrition standards for school meals Jan. 25, to what seems to be near-universal applause (the potato growers are still miffed, according to the New York Times).

The new standards are best understood in comparison to current standards (see chart). They call for:

This may not sound like much. But given what it has taken the U.S. Department of Agriculture (USDA) to get to this point, the new standards must be seen as a major step forward.

See, for example, the comparison of an old and new weekly menu (this has not changed since USDA’s original proposal in January last year).


The new one looks so much better. Now it’s up to schools to make the new standards work, make the foods taste yummy, and get kids to be willing to try new foods.

To review the history—This all started when the USDA asked the Institute of Medicine (IOM) to design nutrition standards that would:

The new standards come pretty close to what the IOM recommended (see the earlier chart), with some now-famous exceptions. The IOM proposed limits on starchy vegetables. USDA then proposed to limit starchy vegetables to two servings a week. It also set a minimum for the amount of tomato sauce on pizza that could count toward vegetable servings.

Under pressure from potato growers and suppliers of school pizza, Congress weighed in and overruled the USDA on both counts.

The result—pizza now counts as a vegetable.

To give some idea of the extent of lobbying on all sides of this issue, USDA’s January proposal elicited 132,000 public comments (these are someplace at www.regulations.gov and are addressed in the Federal Register notice).

I asked in a previous post whether this kind of congressional micromanagement made sense (absolutely not, in my view). I also wrote previously about the intense lobbying efforts to make sure these standards would never be released.

Despite congressional and industry opposition, the standards are out.

Applause is very much in order for Mrs. Obama’s leadership on this issue.

Good work. Now let’s get busy on the next challenges:

Additions—Dana Woldrow sends this link to shed some light on the curious business of private-public partnerships. Here’s one where Goya foods is giving out teaching materials in schools.