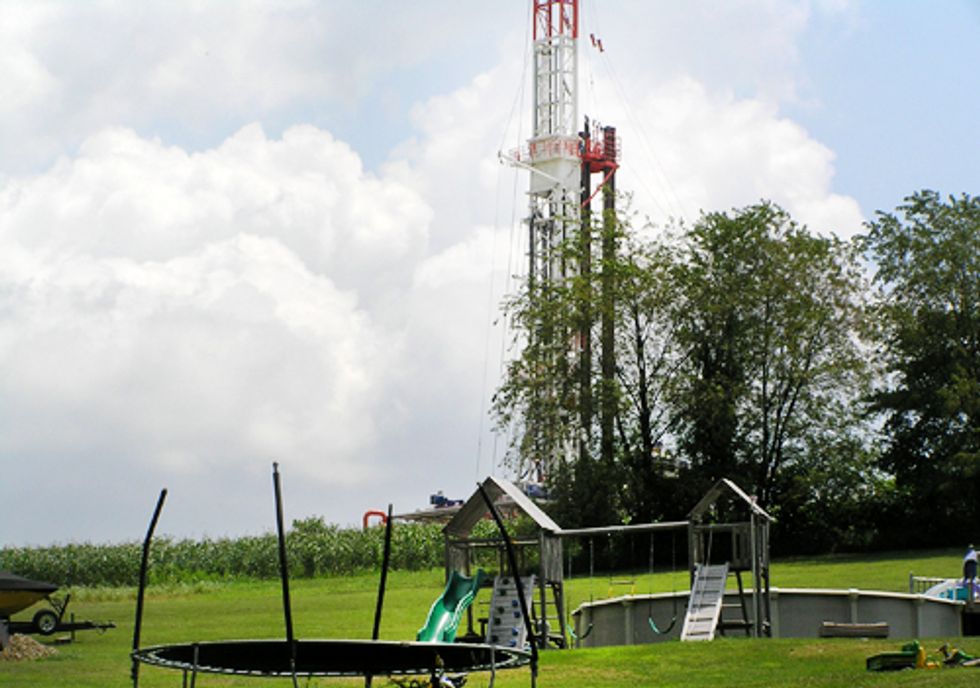 The largest health survey to-date of Marcellus Shale residents living near oil and gas development shows a clear pattern of negative health impacts associated with living near gas facilities, according to a new report released by Earthworks’ Oil & Gas Accountability Project today.  Titled Gas Patch Roulette: How Shale Gas Development Risks Public Health in Pennsylvania, the project surveyed 108 residents in 14 Pennsylvania counties, and conducted air and water tests at more than half of the households were surveys were completed.

“For too long, the oil and gas industry and state regulators have dismissed community members’ health complaints as ‘false’ or ‘anecdotal’.” said Nadia Steinzor, Earthworks’ eastern program coordinator and the project’s lead author. She continued, “The industry tries to shift blame onto residents themselves or onto any other possible source than oil and gas facilities. Now we know better. With this research, they cannot credibly ignore communities any longer.”

State governments, which are largely responsible for protecting the public from irresponsible oil and gas development, have until recently refused to act on behalf of the public.

“The clear association between gas development and public health impacts revealed by this research demands that states stop ignoring the problem and start developing the standards necessary to protect the public,” said President of Subra Company and MacArthur Genius Grant recipient, Wilma Subra. She continued, “It’s clear that nationwide, because of regulatory inaction and a lack of corporate accountability, states are playing roulette with public health.”

Other findings of the report include:

“It is clear from both the lab results and the reported health affects that the exploration of natural gas comes with consequences,” said Calvin Tillman, former mayor of gas-impacted DISH, Texas and founder of ShaleTest. He continued, “Industry needs to step up to the plate and quit denying they are damaging our lives and property. The people in this survey are innocent bystanders that deserve better from the industry that is exploiting them, and the governments that are letting it happen.”

"Pennsylvania and many other states are forging ahead with oil and gas development without considering the public interest,” said Steinzor. “That needs to change. And they can start by refusing to permit new drilling until regulators can assure the public that they’ve taken all necessary to steps to prevent risks to their health.”