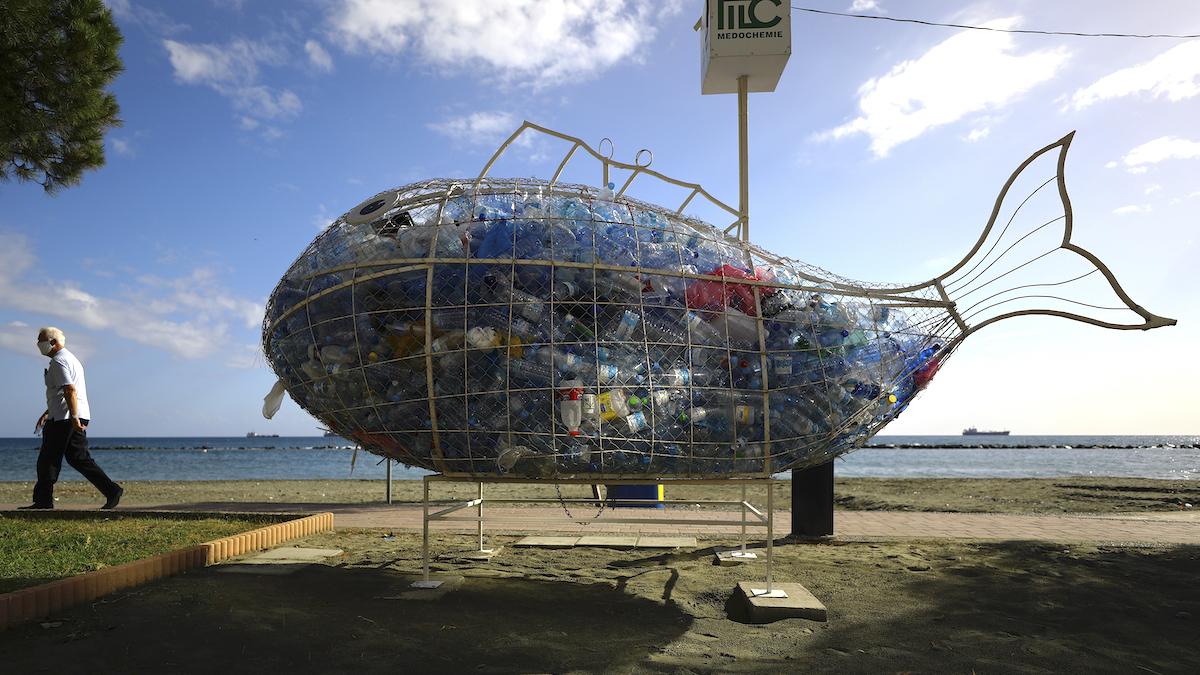 A fish-shaped structure filled with plastic bottles on the waterfront in the Mediterranean port of Limassol, Cyprus, on Dec. 8, 2020. Coca-Cola, PepsiCo and Nestlé are the world leaders in plastic pollution, according to a new report from Break Free From Plastic. Danil Shamkin / NurPhoto via Getty Images

The top plastic polluters of 2020 have been announced, and Coca-Cola, PepsiCo and Nestlé top the list for the third year in a row.

In a new report demanding corporate responsibility for plastic pollution, Break Free From Plastic (BFFP) named the repeat offenders and called them out for what appeared to be negligible progress in curbing the amount of plastic trash they produce despite corporate claims otherwise.

“The title of Top Global Polluters describes the parent companies whose brands were recorded polluting the most places around the world with the greatest amount of plastic waste,” the report’s executive summary noted. “Our 2020 Top Global Polluters remain remarkably consistent with our previous brand audit reports, demonstrating that the same corporations are continuing to pollute the most places with the most single-use plastic.”

The report employs brand audits and global cleanups to collect and count plastic debris from around the world. This year, nearly 15,000 volunteers collected 346,494 pieces of plastic in 55 countries to contribute to the report, a BFFP press release said.

Over 5,000 brands were cataloged this year, but Coca-Cola quickly emerged as the world’s number one plastic polluter. Its beverage bottles were found most frequently, discarded on beaches, rivers, parks and other litter sites in 51 of the 55 nations surveyed, The Guardian reported. The brand was worse than PepsiCo and Nestlé, the next two top offenders, combined.

Plastic pollution is one of the leading environmental problems of the modern-day. Plastics do not disintegrate or disappear, but instead break up into microplastics that get consumed by the tiniest organisms. These toxins bioaccumulate and move their way up the food chain and into our air, food and water.

“The world’s top polluting corporations claim to be working hard to solve plastic pollution, but instead they are continuing to pump out harmful single-use plastic packaging,” Emma Priestland, Break Free From Plastic’s global campaign coordinator, told The Guardian.

Priestland emphasized that the only way to halt the growing global tide of plastic litter was to stop production, phase out single-use products and implement reuse systems, the news report said.

BFFP called on all polluting corporations to take “full responsibility for the externalized cost of their single-use plastic products, such as the costs of waste collection, treatment and the environmental damage caused by them” in its release. The group warned that a “business as usual” approach could double plastic production by 2030 and potentially triple it by 2050.

As much as 91% of all plastic ever created has ended up being incinerated, in landfill or in the natural environment, The Guardian reported. Contrary to popular belief, it isn’t recycled and recycling is not an effective way to deal with overproduction and overuse of plastics.

Simon Mbata, the national coordinator for a group of waste pickers who helped with the trash survey, told The Guardian, “Whatever cannot be recycled must not be produced.” 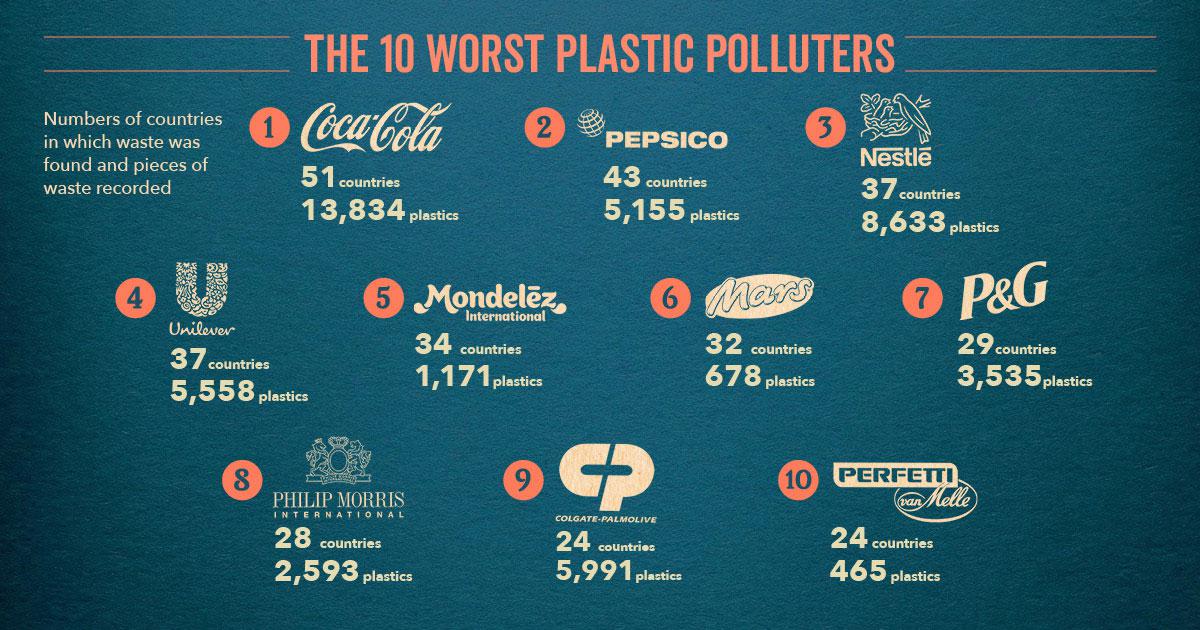 Priestland said, “Coca-Cola, PepsiCo, and Nestlé should be leading the way in finding real solutions to reinvent how they deliver their products,” the news report said. Each company told The Guardian that it had made commitments to increase recycling and reduce virgin plastic use in bottles, despite remaining at the top of the offenders list.

The BFFP report concluded with a call-to-action for the companies: “The top polluters must reveal how much single-use plastic they use, then set clear, measurable targets for reducing the quantity of single-use plastic items they produce. Finally, they must reinvent their product delivery systems to move beyond single-use plastic altogether.”