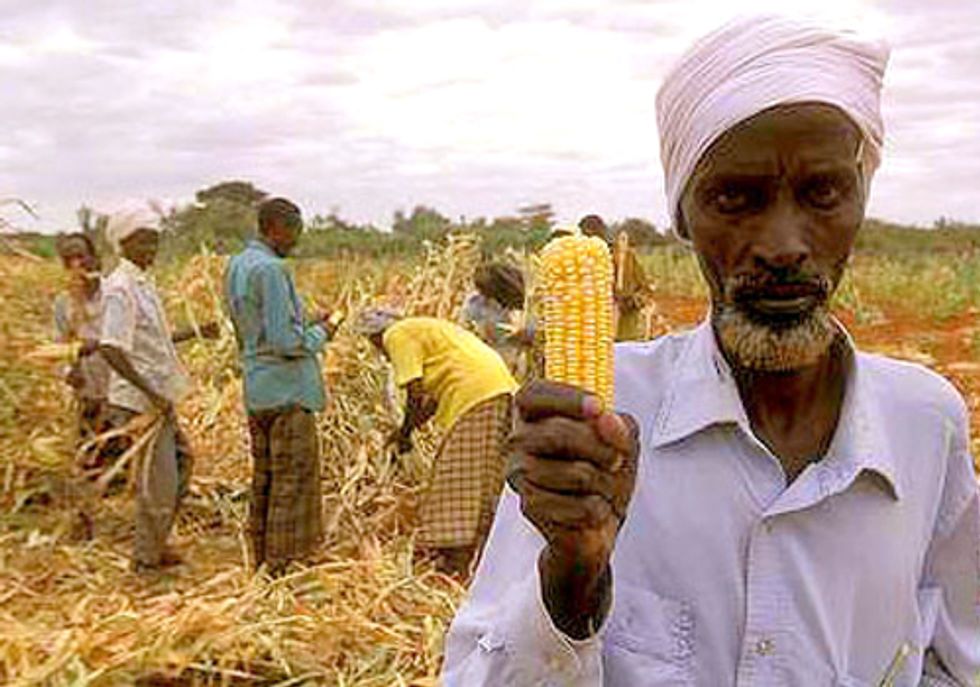 The day that biotech giant Monsanto (NYSE:MON) released its second quarter earnings, a new report by civil society organisations showed that around the world, small-holder and organic farmers, local communities and social movements are increasingly resisting and rejecting Monsanto and the agro-industrial model that it represents.

The new report, jointly produced by La Via Campesina, Friends of the Earth International and Combat Monsanto—available in English, French and Spanish—provides snapshots of frontline struggles against Monsanto and other agrochemical corporations pushing genetically modified (GM) crops onto farmers and into the environment.

“This report demonstrates that the increasingly vocal objections from social movements and civil society organisations are having an impact on the introduction of GM crops,” said Josie Riffaud from La Via Campesina.

The testimonies and analysis contained in this report aim to inspire and unite consumers, activists and communities against the abuses carried out by Monsanto and other biotech corporations around the world.

"Who will hold Monsanto responsible for the global depletion of biodiversity, soil erosion and violations of peasant rights wrought by the application of petroleum-based inputs required by industrial agriculture?” asked Dena Hoff of the National Family Farm Coalition/La Via Campesina North America. “Farmers worldwide are resisting for food sovereignty, but the rest of the world must join us," she added.

“This new report documents the intense opposition to this powerful transnational company, which peddles its genetically modified products seemingly without regard for the associated social, economic and environmental costs,” said Martin Drago, Friends of the Earth International's Food Sovereignty programme coordinator.

“The majority of Europe’s public remains opposed to GM food production, and several countries in Europe now have national bans on Monsanto’s MON810 maize and BASF’s Amflora potatoes, despite the strong pressure of the biotech industry and of the European Commission to lift those moratoriums,” said Héloise Claudon from Combat Monsanto.

The use of GM crops destroys essential crop diversity, homogenises food and eradicates associated local knowledge and culture. In this and other ways social inequality, poverty and the exploitation of natural resources are able to thrive within the global food system, which focuses on profit generation rather than sustainable food production and food sovereignty.

The large majority of GM crops are grown for animal feed or agrofuels destined for rich nations rather than food for the poor and hungry.