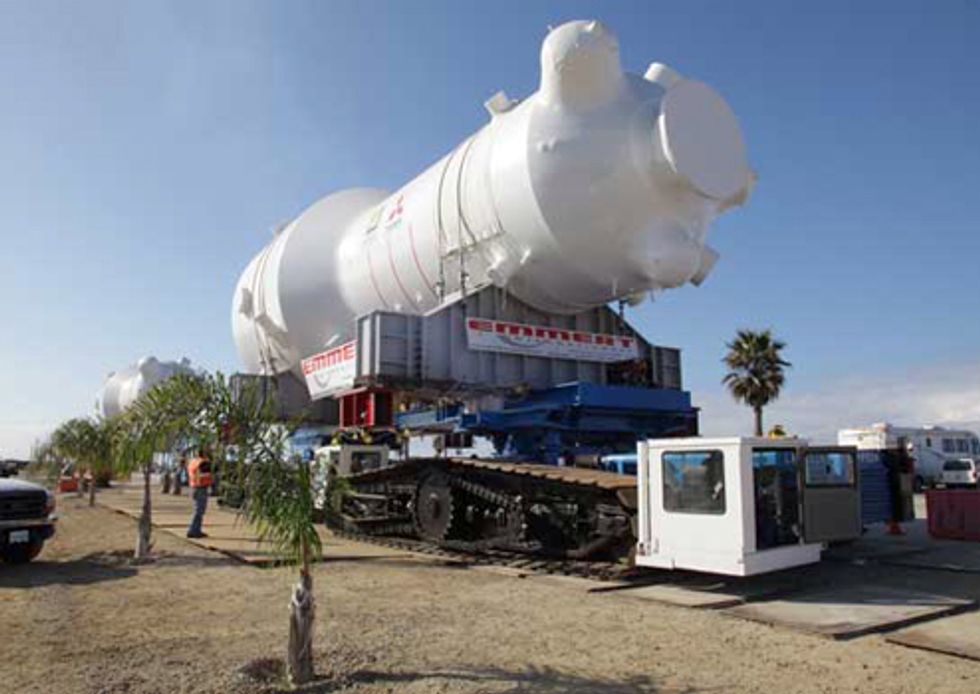 Southern California Edison avoided federal regulatory guidelines when replacing defective steam generators at the San Onofre nuclear power plant—a costly mistake that can’t be fixed by plugging the tubes that carry radioactive steam or by operating the plant at reduced power, according to a new report released today by Friends of the Earth.

The content of the report by nuclear engineer Arnie Gundersen details the significant design changes that should have triggered a license review which would have uncovered problems that subsequently led to serious damage and the release of radiation from the defective equipment at San Onofre in January.

Gundersen also criticizes Edison's plans to rapidly restart the damaged reactors at lower power after having done minimal plugging of damaged tubes carrying radioactive water. He warns that these are “non-solutions” that could lead to even more significant equipment failure and releases of radiation.  Edison is expected to propose running the reactors at between 50 and 80 percent power. The report challenges the safety and effectiveness of such an approach, concluding:

Gundersen concludes that plugging the tubes and restarting the reactor could lead to catastrophe: “If a steam-line accident were to occur, vibrationally induced tube damage at San Onofre could cause an inordinate amount of radioactivity to be released outside of the containment system, compromising public health and safety in one of the most heavily populated areas in the United States.”

“Edison should never have been allowed to install these fundamentally defective steam generators,” said Damon Moglen, climate and energy campaign director at Friends of the Earth. “Now Edison is planning to avoid dealing with the underlying problems and instead restart at lower power. Their claims of nuclear safety first ring completely hollow and must be stopped