New Report Reveals Dangers of Fracking in Watersheds with Reservoirs 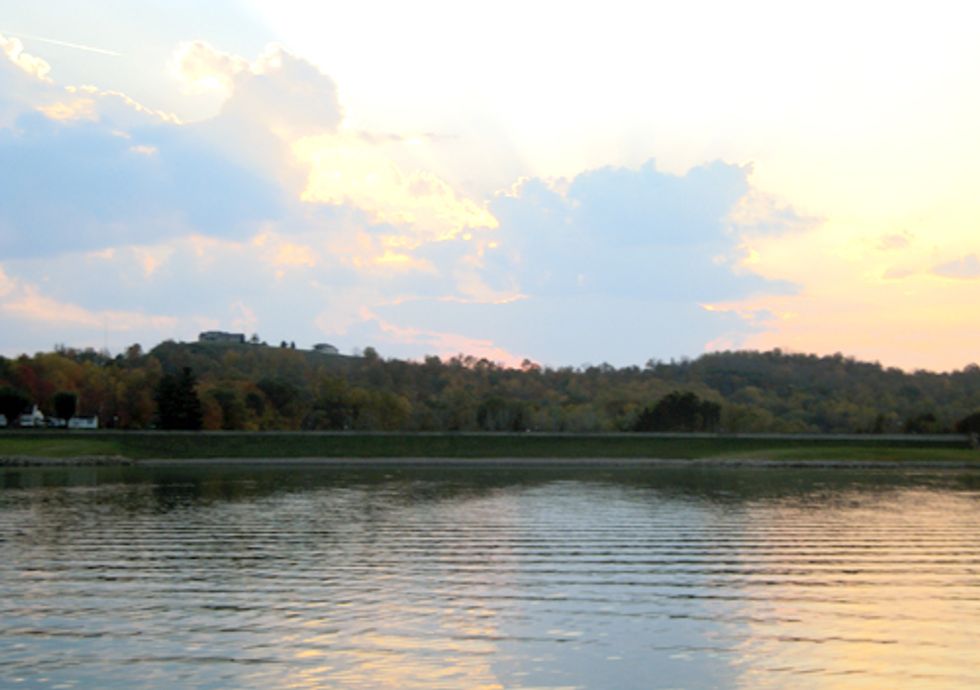 A report commissioned by citizens opposed to hydraulic fracturing has identified grave public health and environmental risks in plans to lease public land for fracking near Muskingum Watershed Conservancy District (MWCD) reservoirs in Ohio. The report, written by Paul Rubin, a high-profile New York Hydrogeologist and president of HydroQuest, warns of toxic water contamination sources which will be created by fracking near and underneath the lakes.

The report was sent to the MWCD along with a demand letter that there be an immediate moratorium of indefinite length imposed upon hydraulic fracturing on any MWCD lands and underneath all MWCD reservoirs, and further, that there be a permanent policy to not sell reservoir water for fracking.

Saving Seneca: This is one of the next reservoirs on the chopping block by a 'conservancy' that is supposed to protect it for public benefit but instead wants to lease the water for fracking by selling millions of gallons of water from it to 'serve' the industry.

Rubin’s report focuses on Seneca Lake, Ohio’s second-largest freshwater lake, as an example of a Muskingum reservoir case study. He concludes that leasing for widespread gas and oil drilling is a “present worst-case scenario” because:

• Gas and oil wells, some drilled more than half a century ago, have weak or failing plugs of questionable integrity. The ability of aging, incomplete and absent well sealant (i.e., plug) materials to keep toxic contaminations out of freshwater aquifers, reservoirs and waterways is poor and short-lived.

• Cement sheaths, steel casing and clay plugs of known wells are failing or will fail within anywhere from a few years to decades, thereby creating new pathways for explosive methane gas and fracking poisons to flow into drinking water sources. Huge fracking pressures will blow out weak clay plugs in old wells, many beneath reservoirs. Earthquakes will further shorten the limited durability and life span of well sealant materials.

These are among many reasons that HydroQuest recommends an immediate moratorium on leasing for hydro-fracking in the MWCD and gas-rich shales of Ohio and for conducting health and environmental impact assessments.

“The problem with Seneca—and I suspect with other Muskingum District reservoirs—is that they pose a ‘worst-case’ scenario now, in real time, and not simply one possible bad outcome of fracking. This watershed is one of the worst situations in the United States, combining high risks to water quality while worsening already-troubling public health risks.”

“On a broad scale,” Rubin continued, “regulators in the State of Ohio may be fostering the Love Canal of today, but on a far, far grander scale.  Love Canal was a major Superfund hazardous waste site near Buffalo, NY. Adverse health impacts from hydraulic fracturing, already well-documented by toxicologists and doctors in Pennsylvania, will assuredly occur in the MWCD and then increase as contaminated groundwater reaches major down-gradient aquifers.  Once contaminated, groundwater cannot be remediated, even at unlimited cost.”

Lea Harper of Southeast Ohio Alliance to Save Our Water, which commissioned the study, issued this statement:

“The potential known risks of contamination of water contained in the Muskingum watershed simply cannot justify hydrofracking. Millions of gallons of poorly-defined toxic and radioactive waste are generated at each drilling site, which can endanger public health. We endorse the many recommendations made by HydroQuest.  For starters, we strongly recommend that no gas well permits be given within any watershed with a reservoir, and particularly in settings with relict gas wells beneath reservoirs. We also demand that no further water sales by the Conservancy District be allowed so we don’t lose the benefit of the dilution effect for toxins already present from previous fossil fuel extraction activities in the area.”