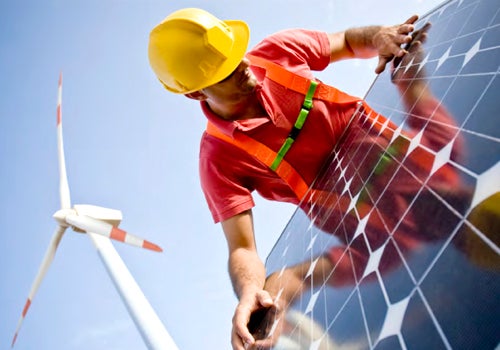 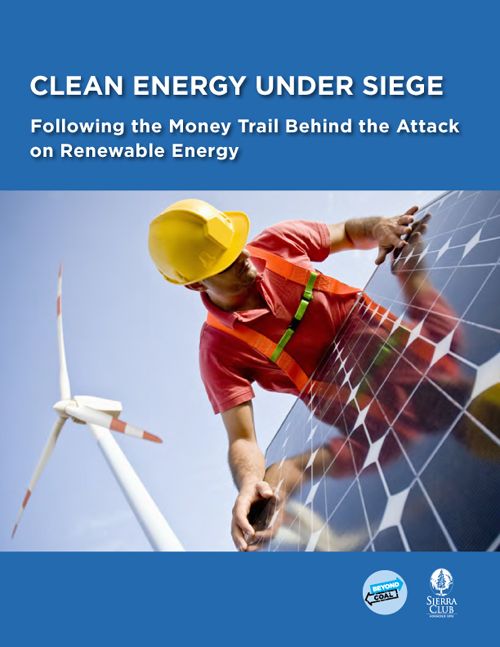 Over the past decade, the fossil fuel industry has mounted a coordinated campaign to discredit renewable energy and hinder its growth, according to a new report released today by the Sierra Club.

This misinformation campaign is currently evident in the struggle to renew the Production Tax Credit (PTC) for wind energy. The PTC helps support the more than 75,000 jobs in the wind industry, but if the tax credit is not renewed before the end of this year, as many as half those jobs could be lost.

“From California to Pennsylvania, clean energy jobs are under attack by fossil fuel interest groups – yet many in Congress are sitting on their hands while tens of thousands of American jobs hang in the balance,” said Michael Brune, executive director of the Sierra Club. “It seems these members of Congress prefer serving the interests of the big polluters that bankrolled their campaigns over the interests of working families. That needs to end now. Congress must stand up for the tens of thousands of Americans whose jobs are on the line and renew the Production Tax Credit.”

The Sierra Club’s report follows the trail of money from big polluters to politicians and non-profit front groups. For example, the oil and gas industry spent more than $146 million on lobbying alone in 2011, while Big Oil tycoons David and Charles Koch gave at least $85 million to 85 right-wing “think tanks” and advocacy groups over the past decade and a half. Meanwhile, organizations like the Manhattan Institute and the Heartland Institute that defend oil subsidies while attacking renewable energy have received upwards of $600,000 each since 1998 from the oil company Exxon.

Wind power is a clean, competitive energy source that has seen strong momentum over the past few years. Already, states like Iowa and South Dakota generate 20 percent of their electricity from wind power, and the wind industry is on track to produce 20 percent of America’s electricity by 2030. More than 400 American manufacturing plants build wind components, keeping jobs close to home.