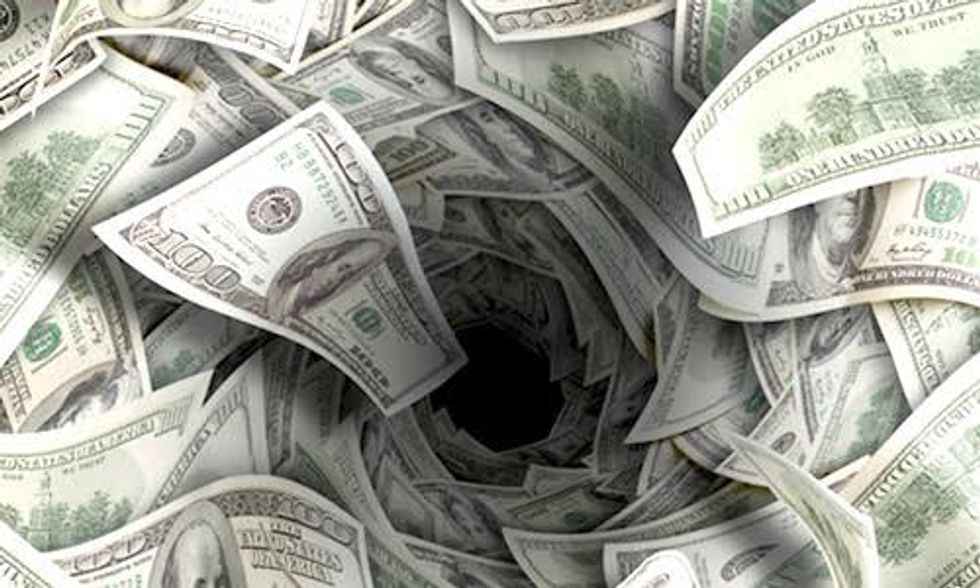 The network of corporate-funded right wing think tanks in America is massive. The money that flows to these organizations is even more massive than the networks themselves, and it flows in almost total secrecy thanks to Donors Trust and Donors Capital Fund.

According to the report, a staggering sum of $125 million has been given to these organizations that deny climate change over the last three years.
Photo credit: Shutterstock

These think tanks and astroturf groups are the leaders in climate change denial, spreading misinformation and corrupt data to the masses in order to downplay—and in many cases flat out deny—the reality of anthropogenic climate change.

And though we may not have the names of individual donors, a new report from The Guardian does a great job of laying out how much money is flowing to these climate change denial groups.

According to the report, a staggering sum of $125 million has been given to these organizations that deny climate change over the last three years. This money is used to fund industry-friendly groups who create and disseminate talking points, and support other public relations efforts and the right wing media echo chamber to promote climate change denial.

Another goal of this money is to undermine federal regulations aimed at curtailing emissions and other environmental health and safety standards. For example, The Guardian says that portions of this $125 million have been used to fight the Obama administration’s recent rules for coal-fired power plants that would put limits on the amount of greenhouses gases these plants are allowed to release into the atmosphere.

Of course, since these groups all participate in other areas of politics, it is difficult to conclude whether or not all of this money went directly to climate change denial, but The Guardian does confirm that all groups involved are actively engaged in climate change denial.

In order to find out where the money is going, The Guardian sifted through several years’ worth of tax filings. Many of these organizations are classified as 501(c)3 groups, which means that they are tax exempt and do not have to disclose the names of their donors.

What they uncovered is a massive web of climate denial being funded by a seemingly limitless “dark money ATM.”

A few of the groups listed in the report include:

Again, the source of the money is not clear, thanks to U.S. laws that allow donors to give anonymously to these organizations. But what is painfully clear is that the money flowing to climate change denial is only for the benefit of the dirty energy industry, as the rest of the country only stands to lose if corporations are allowed to continue to pollute without limits.

To learn more about Donors Trust and Donors Capital Fund, check out the analysis by DeSmog's Graham Readfearn exploring the dark money ATM in further detail.