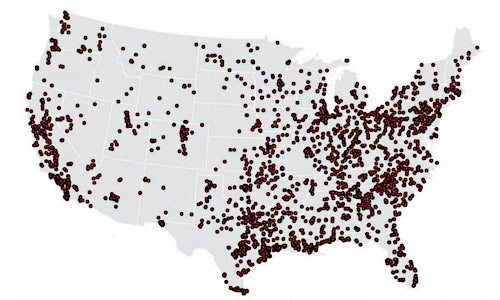 Americans who face the greatest threat from potential toxic chemical disasters are predominantly from low income and minority communities, a new report released by the Environmental Justice and Health Alliance asserts. 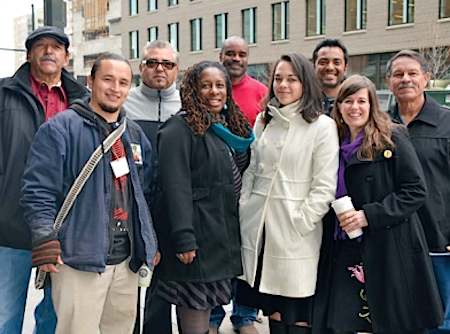 “Our government has allowed these facilities to be disproportionately located in communities of color and has allowed chemical corporations and the officials who are supposed to be protecting us to tragically fail workers and surrounding communities,” explains Michele Roberts, co-author of the report. “Sadly, we have witnessed too many tragic catastrophes such as what happened in West, TX, last year, with 15 people killed; or in Elk River, WV, with toxic, contaminated water coming out of people’s faucets in their homes; or Richmond, CA, where 15,000 were sent to hospitals from a Chevron refinery explosion.”

“People of color communities are treated as if they are disposable human beings,” Roberts continues. “This is environmental injustice and racism.”

Using data from the U.S. Environmental Protection Agency and the U.S. Census Bureau, the report demonstrates that not only are these disadvantaged Americans living within disaster zones, but that industries and regulators are failing to take measures to make their situation any safer. 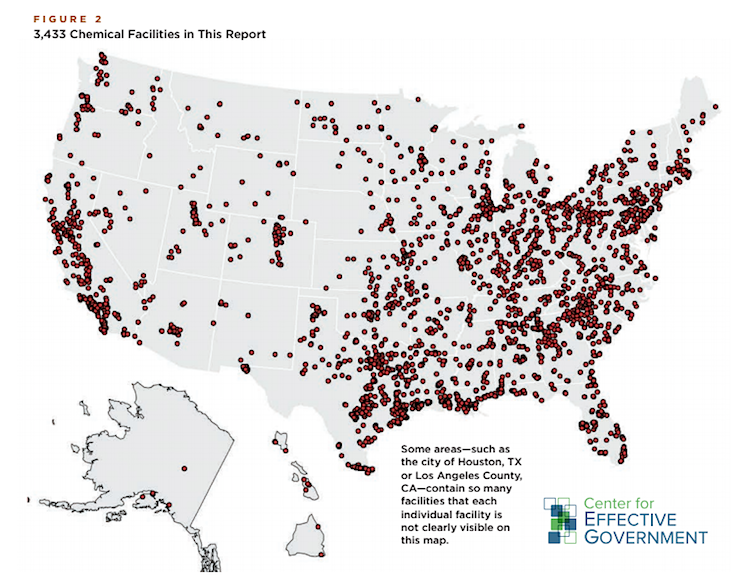 “Here in Richmond, CA, 15,000 people had to go to the hospital when the Chevron Refinery exploded and caught on fire three years ago,” says Dr. Henry Clark of the West County Toxics Coalition. “All of the various investigations since then, every single one, has concluded that the community is still not safe from the same thing happening all over again. You better believe they would not have built this refinery in the wealthy white communities near by.”

Some activists accuse companies of intentionally locating their chemical plants in poor communities because they know the residents don’t have the resources to put up a fight.

“When a chemical facility explodes or catches fire, some of the most toxic substances made by man can be dispersed into a community, and, depending on the chemical, stay in the air, water, and soil for quite some time,” says Wilma Subra, PhD, of the Subra Company in Louisiana. “Some of these chemicals—like chlorine, hydrofluoric acid, vinyl acetate, and many others—are not only immediately harmful to life and health but are linked to respiratory injury, cancer and other chronic health problems.” 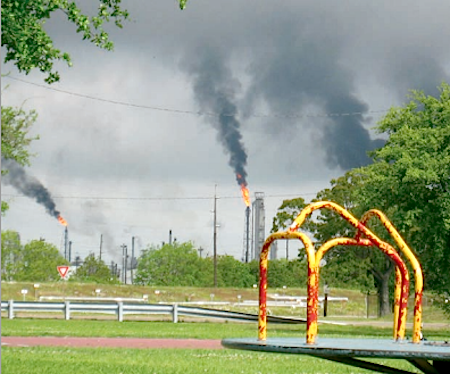 “The interactive maps in the report are a tool for residents, industry, and government agencies to find which communities and schools are in the danger zones around these chemical facilities,” says Sean Moulton, with Center for Effective Government. “We’re hoping parents, teachers, and school administrators will become more engaged and will join us in asking for much stronger protections from chemical disasters.”

Toxic Dump to Expand in Low-Income Neighborhoods as Violations Persist