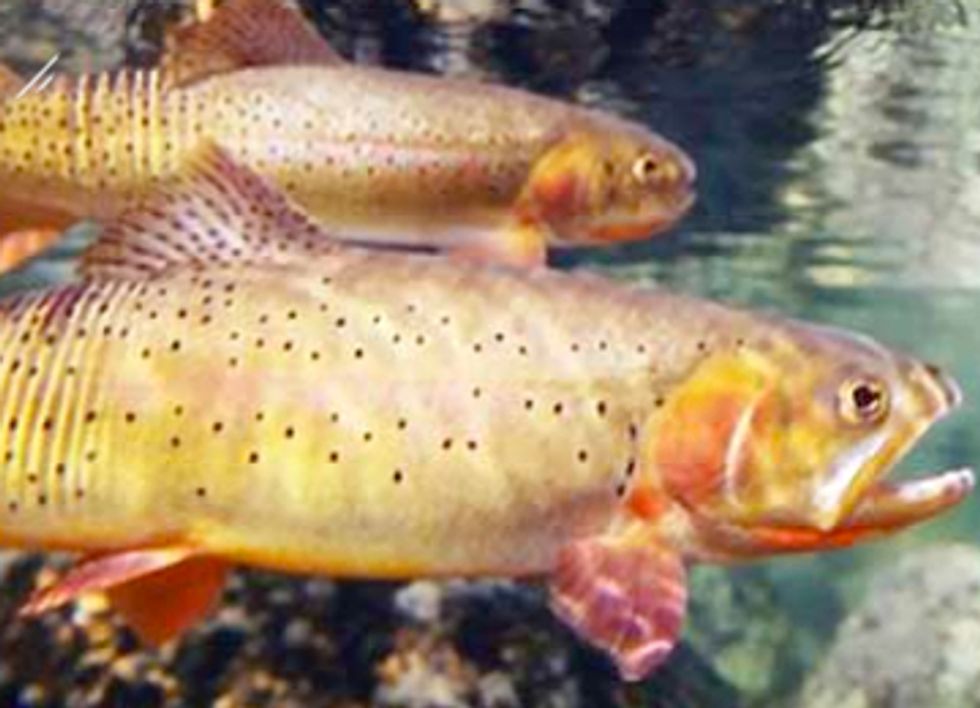 America’s coldwater fish habitat could decline by 50 percent within the lifetime of a child born today thanks to climate change, according to a new report released today by the National Wildlife Federation (NWF). Swimming Upstream: Freshwater Fish in a Warming World details how climate change is warming lakes, rivers and streams and making existing stresses worse, creating an uncertain future for America’s freshwater fishing traditions and the jobs that depend on them.

"More extreme heat and drought are already causing big problems for fish that rely on cold, clean water—and the warming we’ve seen so far is just the tip of the iceberg,” said Doug Inkley, NWF senior scientist and one of the lead authors of the report. “We can protect America’s outdoor heritage, but only if we act now to cut industrial carbon pollution, invest in clean energy, and make communities and habitats more resilient to the impacts of climate change."

Climate change is warming our lakes, rivers and streams causing:

"Temperature increases of even a few degrees can have dramatic impacts, harming iconic game fish like salmon, trout and walleye and giving a leg up to destructive invaders like sea lamprey,” said Jack Williams, Trout Unlimited senior scientist and one of the lead authors of the report. “We need to manage our water resources in a way that ensures that both people and fish have the clean, cool, and abundant water they need to survive."

"Here in North Carolina, fishing is a critical economic driver. More than a million anglers spent over $574 million on freshwater fishing in 2011,” said Kelly Darden, North Carolina Wildlife Federation board member. “For North Carolina sportsmen, it’s not about politics. It’s about a simple question: what’s your plan to confront climate change and protect our outdoor heritage?"

Swimming Upstream outlines actions needed to address climate change and ensure a thriving fishing tradition. To confront the climate crisis’ threats to fish, wildlife and communities we must:

"Sportsmen are on the front lines of conservation. They’re already seeing changes where they fish and they know we can’t leave this problem for our children and grandchildren to deal with,” said Larry Schweiger, president and CEO of the NWF. “We need action on the local, state and federal levels to cut industrial carbon pollution, invest in clean energy, and make communities and habitats more resilient to the impacts of climate change. President Obama’s plan to act on climate is a major step in the right direction."