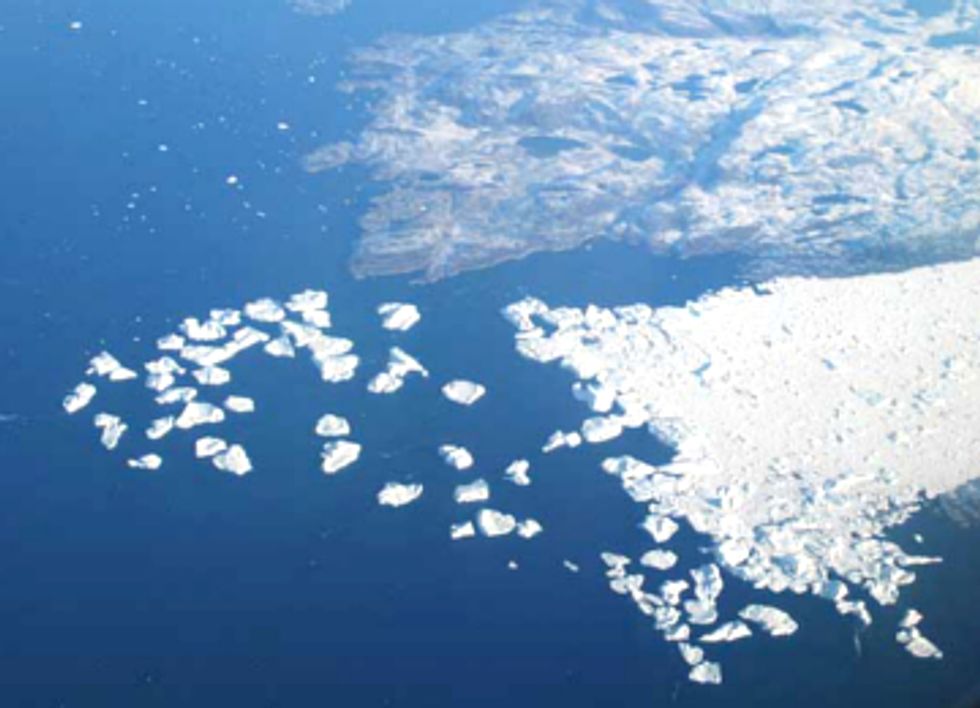 In advance of the Intergovernmental Panel on Climate Change (IPCC) Fifth Assessment Report coming out this month, Greenpeace has released a new report, Dealing in Doubt: The Climate Denial Machine vs. Climate Science.

Dealing in Doubt presents a brief history of climate denial and attacks on climate science over the past two decades, focusing specifically on denier campaigns against the IPCC, including current efforts by the Heartland Institute, the funding of those campaigns and the wide range of tactics and tricks used by a small handful of deniers to undermine legitimate science.

“We can document a well funded climate denial machine that revved up in the early 1990s, fueled by millions of dollars from corporate polluters," said Greenpeace U.S. Research Director Kert Davies. "They are still fighting the science and still being funded."

"The lasting legacy of these corporations, front groups, organizations and individuals who have threatened scientists and attacked scientific institutions like the IPCC, is a delay in reaction time and solutions to the climate crisis," Davies concluded. "This means global warming will hit harder and cost more to fix.”

The IPCC Assessment Reports are considered the definitive assessments of global climate risk, and include the contributions of hundreds of scientists; at each release of a new assessment, the IPCC undergoes a wave of attacks from deniers. Despite the IPCC traditionally leaning towards a conservative assessment of the science, denier campaigns consistently paint the reports as exaggerations. Dealing in Doubt aims to serve as a primer on the history of those attacks, who’s behind them, who funds them and the dirty tricks deployed.

An update of the 2010 report of the same name, Dealing in Doubt includes:

The report also includes a case study focusing on the Heartland Institute, which has started pushing its Non-Intergovernmental Panel on Climate Change (NIPCC) report, Climate Change Reconsidered due next week.

Dealing in Doubt shows how the NIPCC report differs from the crucial scientific updates provided by the IPCC—unlike the IPCC, the Heartland Institute, heavily funded by fossil fuel groups, had already reached its conclusions before starting out (i.e., climate change is a hoax) and only reviews papers written by deniers (the IPCC reviews all papers on the subject).

“The NIPCC reports are a clear attempt to muddle the science rather than provide clarity,” said Davies. “It’s unbelievable that anyone would take these attempts to confuse the media and the public seriously after seeing the history of lying and misinformation perpetuated by these authors, and the fossil fuel money behind them.”