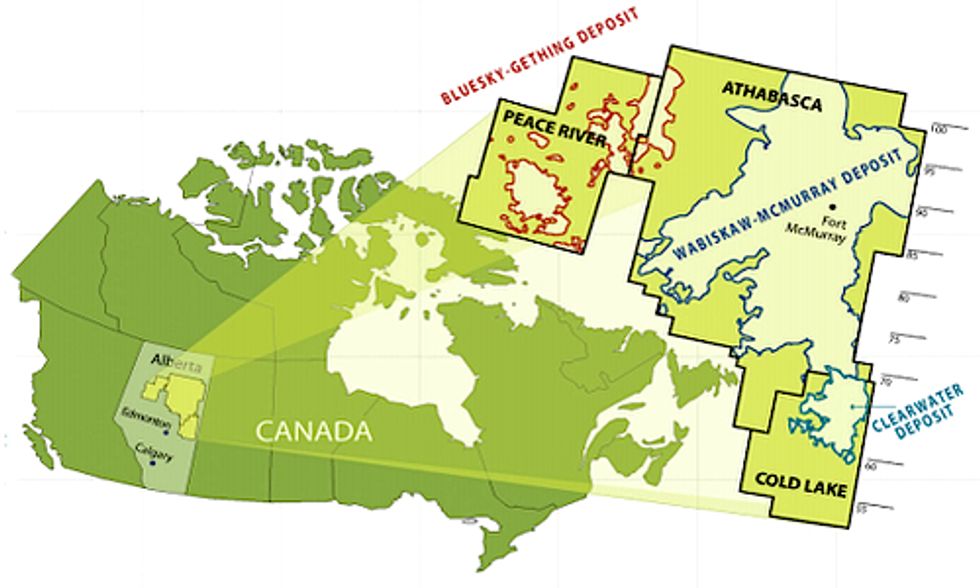 Tar sands mining in the heart of Canada's boreal forest is putting millions of America's migratory birds in jeopardy and has already resulted in hundred of thousands of fatalities, according to a new report released today by the National Wildlife Federation and Natural Resources Council of Maine.

Not only is the boreal forest of Canada an important carbon sink—with 208 billion tons of carbon stored in the trees, soils, water and peat—but more than 130 species of North America’s internationally protected migratory birds rely on the boreal forest for breeding.

“Unchecked tar sands development is turning a vast, irreplaceable breeding ground into a toxic wasteland,” said National Wildlife Federation Senior Counsel Jim Murphy. “Many of the birds Americans watch, enjoy and hunt fly to and rely on this area.  The Canadian Government has vowed to protect these birds, but it is turning a blind eye.”

The report details the threatened birds, including one of the most iconic species of successful conservation, the Whooping Crane, which rebounded from a population low of just 15 cranes in the 1940's to more than 600 today. The Whooping Crane's precarious comeback is in danger from tar sands expansion. Also included in the at risk birds are the American Goldfinch, Great Blue Heron, Wood Duck, Trumpeter Swan and many more.

The report points out that the U.S. Department of Interior is under a legal obligation—known as the “Pelly Amendment”—to determine whether tar sands mining in Canada is undermining a century-old international treaty designed to protect North America’s shared songbirds and waterfowl.

Tailing ponds alone could threaten the legality of the Pelly Amendment. These oil-laden ponds have resulted in the deaths of countless waterfowl, according to the report. In 2008, 1,600 ducks died in Syncrude tailings ponds. An October 2010 storm resulted in hundreds of ducks landing on a Suncor tailings pond near Fort McMurray—at least 550 birds were too oiled to save. As of 2010, 43 species of internationally protected birds had suffered fatalities from exposure to tar sands tailings ponds. The report calculated that unabated tar sands development could result in the reduction of 70 million hatchlings over a 40-year period.

“Not only does tar sands development cause the loss and destruction of important breeding habitat for birds, the contaminants from tar sand operations can have serious and far-reaching consequences,” said Maine ornithologist Iain Stenhouse from the Biodiversity Research Institute. “The toxic tailings ponds actually attract migrating waterbirds, and mercury contamination has increased dramatically in vast areas surrounding these oil fields. We need to find ways to minimize the human impacts to bird populations, especially as they struggle to adapt to the effects of climate change—effects that are only exacerbated by carbon-based energy developments like the tar sands.”

“Wildlife and tar sands don’t mix,” said Murphy. “The Canadian Government is putting polluting fossil fuel profits above the welfare of birds and other species. Interior Secretary Jewell and the President can send a message to Canada that it is unacceptable to undermine our shared wildlife heritage. The President needs to act by rejecting dirty tar sands pipeline projects like Keystone XL. Moving forward with clean, wildlife-friendly energy, not tar sands, is the answer.”