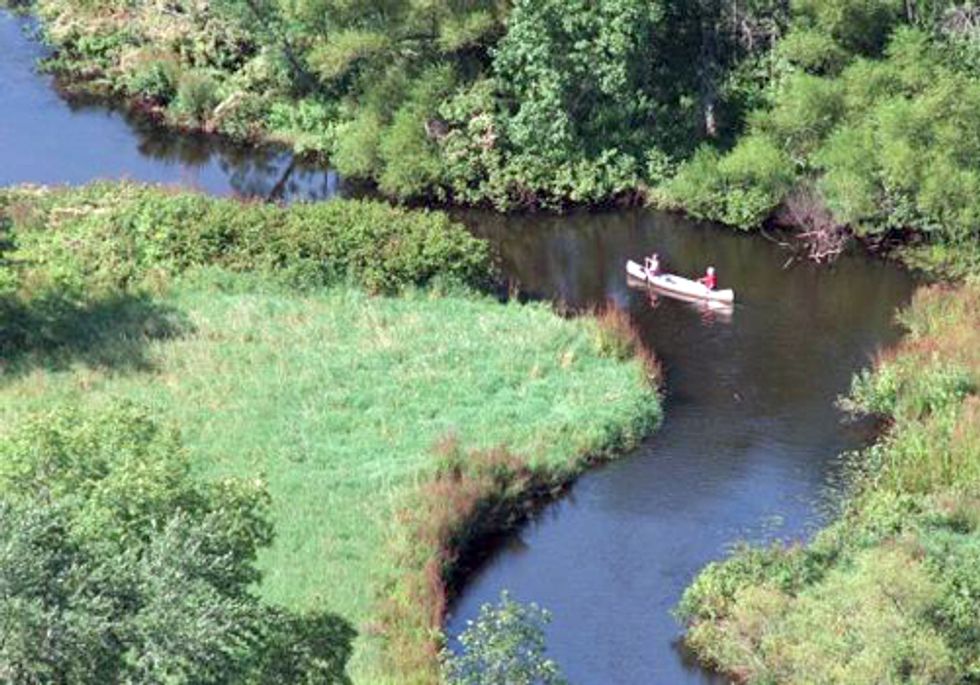 A new poll commissioned by the nation’s leading environmentalists and sportsmen organizations in key Great Lakes and Rocky Mountain states shows that the public overwhelmingly supports an Obama administration proposal to restore protections for America’s rivers, lakes, streams and wetlands.

The poll confirms that—across party lines and in all age groups—voters demand clean water for safe drinking water and oppose the pollution of places where their families fish and swim. This poll comes at a time when the Obama administration is set to finalize its Clean Water Act guidance, yet the House majority is preparing to ignore the will of the public and instead continue dirty water politics.

The poll was released as the U.S. House of Representatives is poised to vote on the House Energy and Water Development and Related Agencies Appropriations Act (H.R. 5325) next week. The bill includes a provision to block the president from restoring critical clean water protections. However, the poll’s findings indicate that blocking those protections could be a political dead end for many in Congress. Two-thirds of Ohioans and Coloradoans (66 percent) say they would feel more favorable toward their representative if he or she supported the restoration of clean water protections, including more than 60 percent of independents in both states.

“The voters' message is clear: we want our water to be clean and safe and we support restoring Clean Water Act protections to achieve this,” said Jay Campbell, vice president for Hart Research Associates. “Their support is extraordinary in both its depth and its breadth. Given the contentiousness we see on nearly every issue, when you have an idea that large majorities of Republicans, independents and Democrats all agree on you know you have something that is both good policy and good politics.”

The poll was conducted in urban, suburban and rural areas in Colorado and Ohio. Major findings of the poll include:

(The full summary of the poll’s findings can be found here.)

“From fishing in the Great Lakes to kayaking on the Colorado River, this poll is further proof that protecting our waterways is enormously popular and important,” said Margie Alt, executive director of Environment America. “Unfortunately many of the waterways we love and cherish still are inadequately protected. It’s time for President Obama to stand up for our waterways and finalize these critical protections.”

“We have no time to waste if we hope to protect our valuable streams and wetlands and the billions of dollars in economic activity that hunting, fishing and other outdoor recreation around our nation’s waterways generate every year,” said National Wildlife Federation President Larry Schweiger.

"Rivers and streams supply most of our drinking water. Their protection is vital to the health of our families and communities,” said Wm. Robert Irvin, president of American Rivers. “It is time for Congress and the administration to restore clean water protections that benefit our public health, economy, wildlife and recreation. If we want healthy communities, we need healthy rivers.”

“These findings make one thing clear: The American people expect our elected leaders to protect our rivers, streams and drinking water—and they’ll remember who took their side on this issue,” said Michael Brune, executive director of the Sierra Club. “It’s time Congress listened, stopped the obstructions, and acted quickly to restore these critical protections that keep our waterways and our families healthy.”

“It is no surprise that Americans overwhelmingly support protecting our nation’s waterways,” said the League of Conservation Voters President Gene Karpinski. “It is past time that our elected officials act to protect the network of rivers and streams that provide safe drinking water to millions and safe areas for fishing and swimming.”

“The streams and wetlands at issue here are vital parts of our nation’s water infrastructure because they filter pollution, prevent floods and affect the drinking water of over 117 million Americans. Clarifying protection for these vulnerable water bodies is an important step forward,” said Clean Water Action President Robert Wendelgass.

“Preventing pollution of the nation’s waters will better protect Americans’ health,” said Frances Beinecke, president of NRDC. “People want safe places to swim and fish. They want reliable drinking water supplies and natural barriers against flooding. This poll shows that they expect leaders in Washington to support policies that safeguard our waters. That’s true in Colorado and Ohio, and it’s true all across our country.”

“Our waters are where our families swim, fish, and where we get our drinking water, so it’s no surprise that this poll shows that Americans are overwhelmingly demanding strong clean water protections,” said Joan Mulhern, senior legislative counsel of Earthjustice. “For the American people, unlike our Congress, politics vanish when it comes to protecting their communities’ waterways, because Americans want safe, swimmable, fishable, drinkable waters for themselves and their families.”

The findings of this poll echo the immense public support these protections have consistently enjoyed across the country, from more than 200,000 concerned citizens, more than 450 elected officials, hundreds of sportsmen organizations, more than 140 local farmers, dozens of recreational businesses, and many more.