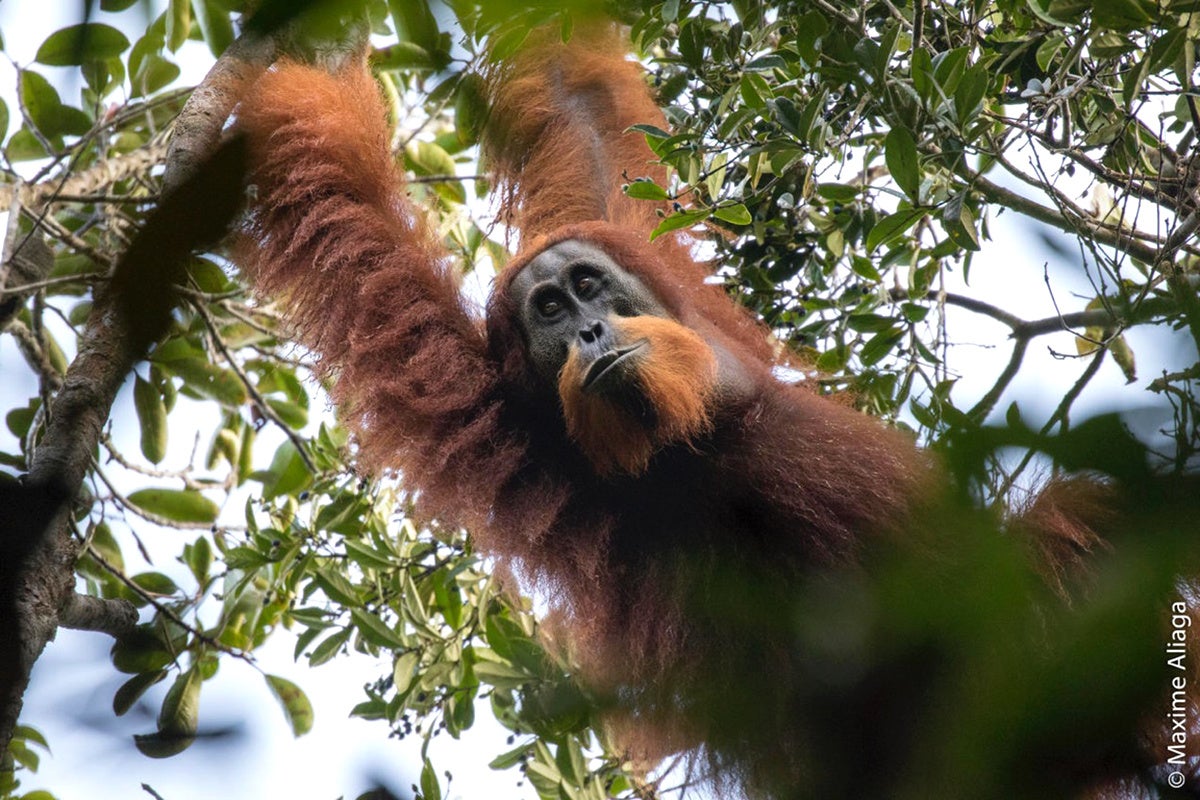 Scientists have discovered a new orangutan species in the mountainous forests of northern Sumatra. Of course, the Tapanuli orangutan has been here for quite a while—but it’s new to us!

“Discovering a new species of great ape in this day and age just shows how little we know about the world around us and how much there still is to learn,” said Erik Meijaard, a conservation scientist at the Australian National University and one of the authors of the new paper about the discovery, published online today in the journal Current Biology.

The Tapanuli now joins the ranks of the other two known orangutans, the Sumatran (Pongo abelii) and the Bornean (Pongo pygmaeus), which lives across the Java Sea. Most of us might look at this new ape and just see another cinnamon-colored orangutan, but to experts, the differences are striking. The Tapanuli’s frizzy body hair distinguishes it from its Sumatran neighbor, whose hair is long and smooth, and its skull and teeth measure differently from those of its two cousins. The Tapanulis also have distinct mating calls and eat plant species that Meijaard says nobody has ever observed orangutans dining on before. 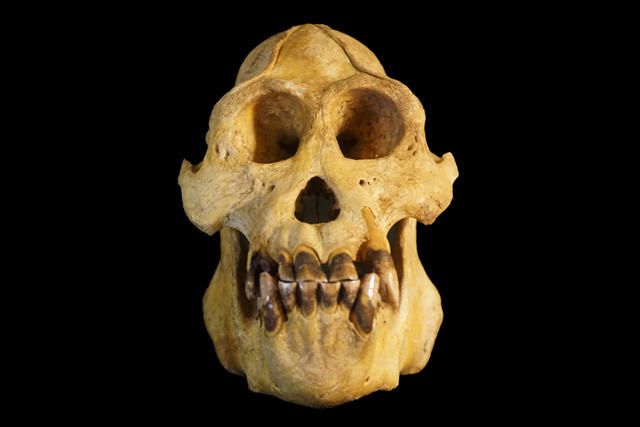 The skull of the new orangutan species, the Tapanuli.Matthew G. Nowak

But even as the scientists are announcing this species’ existence, they are in the same breath also cautioning us on its potential extinction. With just 800 individuals in an area of only 386 square miles (roughly three-quarters the size of Los Angeles), the Tapanulis are in trouble. In fact, if the scientists’ population estimates are accurate, the International Union for Conservation of Nature will have no choice but to declare the new orangutan among the most endangered great apes on earth.

According to the team’s population viability models, which take into account variables such as range size, life span (up to around 50 years) and how long it takes a species to reproduce (Bornean orangutans have young every seven to eight years, Sumatrans every nine years), the Tapanuli orangutans could be in danger of dying out if they lose more than 1 percent of their population yearly. That would mean just eight or so orangutans. Losing adult females would make the species’ outlook even worse, since they are in charge of raising the next generation, which takes up to seven years.

That puts the Tapanuli in a delicate position. Meijaard and his coauthors say the species is threatened by road construction, deforestation, hunting, the wildlife trade and conflicts with humans over crops. In fact, the skeleton the scientists measured that identified the ape as a new species was the result of a human–ape incident. The researchers write that the animal, an adult male, “died from wounds inflicted by local villagers in November 2013.”

Combined with the species’ dwindling numbers is the possibility of dwindling genetic diversity. Although the scientists had access to the DNA of just two animals, they found a surprising amount of “homozygosity” in their genomes. In other words, the pair were a little too related, and the researchers suspect the population may already be inbreeding due to a lack of mating options. 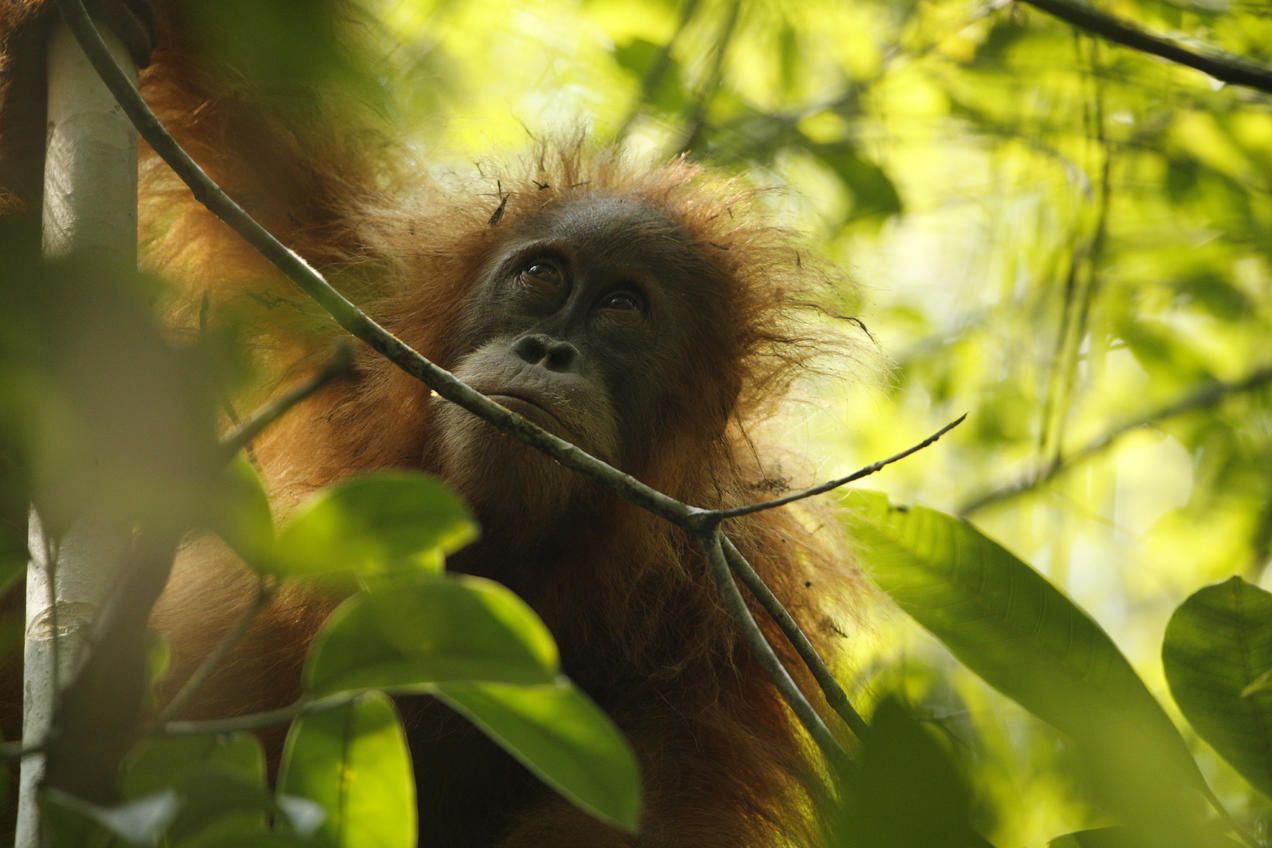 There’s a possibility the Tapanulis could mix it up with the Sumatran orangutans, but their populations are about 62 miles apart. Any mating between the two would require a cross-island trek to even get within sniffing distance of each other. Plus, the Sumatran orangutan is itself critically endangered.

Living in remote forests can have its perks, though. One of the biggest dangers to orangutans at large is the clearing and burning of forests for palm oil plantations, but so far the Tapanulis have escaped this agricultural scourge. “The habitat is too mountainous and oil palm growers prefer flat lowlands,” said Meijaard.

That said, the geographic isolation concerns Stephanie Spehar, a primatologist at the University of Wisconsin Oshkosh who is unaffiliated with the paper. “If we want this population to be viable over the long term, it really can’t afford to get any smaller or be fragmented any more than it already is,” she said. “Conservation measures must be implemented swiftly.”

Of course, this is easier said than done. Spehar says conservation in Indonesia is usually difficult and complicated, requiring the cooperation of the government, local communities, private companies and NGOs. And unfortunately, she adds, there are typically more incentives for exploitation than for conservation.

Paper coauthor Ian Singleton, conservation director for the Orangutan Project, however, says the country’s changing political climate gives him hope. “Indonesia’s younger generation understands the power of public pressure,” he said. They’ve seen that protests can work—in the late nineties, they even led to the end of three decades of corrupt rule under President Muhammad Suharto. Today’s Indonesians also have the benefit of Internet access and more experience working with NGOs, which multiplied in the country after the devastating 2004 tsunami. Put it all together, says Singleton, and you have a whole new generation of well-informed citizens, which just may translate eventually into better management of the country’s natural resources.

“I can see some improvements over the coming decades,” said Singleton. “The challenge, however, is to ensure there are still forests then.”