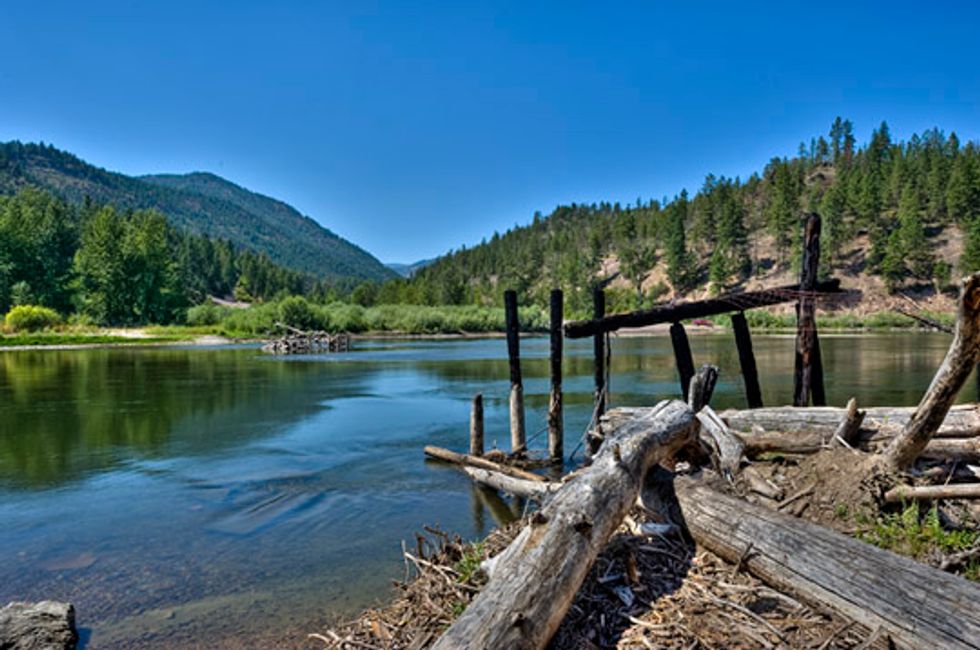 A national report released Nov. 7 on first-year results of the Collaborative Forest Landscape Restoration Program (CFLRP) revealed impressive returns for forests, jobs, water and wildlife. In 2010 the federal program split $10 million among 10 projects on National Forests throughout the country.

As identified in the report, in one year the CFLRP has:

The results of the report were heralded by Sen. Jeff Bingaman (D-NM), original cosponsor of the act in 2009.

“The Collaborative Forest Landscape Restoration Program is bringing communities from around the country together to create jobs, to restore forest and watershed health, and to reduce the costs of wildfire suppression at impressive scales,” offered Bingaman. “The program and its many supporters are charting a successful path forward for National Forest management.”

CFLRP is also a political success in that it has won bipartisan support in Washington—both the Senate and House budgets for 2012 have proposed funding CFLRP at the $30 million level. Bingaman, along with Senators Mike Crapo (R-ID) and Jim Risch (R-ID), is currently circulating a “Dear Colleague” letter supporting an increase to $40 million to allow more landscapes to participate.

Observers say the program is bucking the larger downward funding trend because restoration of National Forests is the new zone of agreement where traditional adversaries in the timber industry, conservation and local county governments are working to advance common goals. This new cooperative attitude links forest jobs to forest health and has emboldened key Western Congressional representatives to cross party lines and support it.

However, without additional support the benefits of CFLRP will be limited to the existing 10 sites, when 26 more sites around the country applied for the program in 2011.

National and local partners also heralded the report, and the benefits that American forests provide the nation.

“Besides the pleasure forests give us on a personal level,” offered Laura McCarthy of The Nature Conservancy, “they also cover one-third of the United States, store and filter half the nation’s water supply, provide jobs to more than a million wood products workers, absorb nearly 20 percent of U.S. carbon emissions, offer 650 million acres of recreational lands that generate well over $15 billion in economic activity annually, and provide habitat for thousands of species across the country.”

“This is an outstanding program because it simultaneously helps forests, water and jobs,” said Kelsey Delaney of the Society of American Forests. “Sometimes a healthy environment is falsely framed against a strong economy—CFLRP is proof that isn’t the case. It’s a win-win-win across the board for our nation.”

“CFLRP projects are cost efficient, mostly because of their long-time frame and larger scale,” added Scott Brennan of The Wilderness Society. “Selected projects are assured 10 years of funding as long as appropriations are available, which provided certainty for businesses their banks and other investors, time for workers to be trained and become skilled, and for product markets to be developed and expanded."

“This program is a new, bipartisan approach with a broad base of support,” said Rebecca Turner of American Forests.

CFLRP is especially needed now. A century of suppressing natural wildfires has resulted in unhealthy forests choked with small trees and brush that can lead to destructive mega-fires. Over the last 50 years the U.S. has only had 5 years with more than 8 million acres burned—all of them are in the last 7 years (including 2011).

The Nature Conservancy estimates 120 million acres of America’s forests—an area bigger than the state of California—are in immediate need of restoration due to this perfect storm of threats.

The CFLRP annual report was produced by the CFLRP Coalition, which is comprised of 144 member organizations that includes private businesses, communities, counties, tribes, water suppliers, associations and nongovernmental organizations.