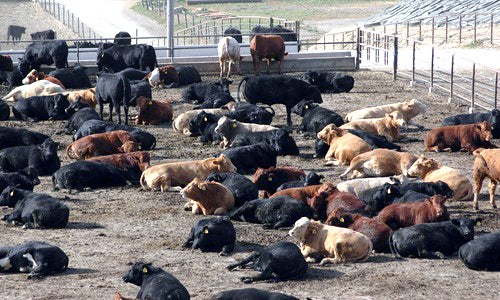 A new U.S. Department of Agriculture (USDA) certification program for livestock producers would permit them to market their products with a special label saying the meat contains no drugs called beta agonists—which some estimates say are fed to up to nearly 80 percent of U.S.-raised livestock.

Beta agonists are feed additives used to increase muscle mass and promote weight gain in livestock animals. The drugs are typically added to feed along with vitamins and given to animals while they’re in feedlots for a few weeks before slaughter. 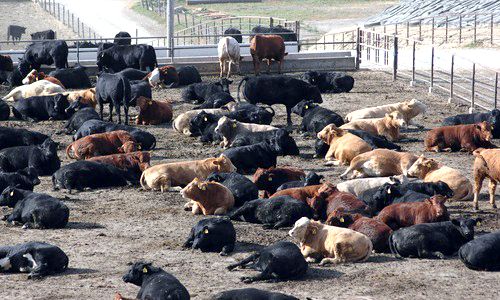 A feedlot in the U.S. Midwest. Photo credit:

Meat producers seeking the “Never Fed Beta Agonists” label would be required to document to USDA’s Agricultural Marketing Service that they haven’t given growth enhancers to their animals and that the meat contains no residues of the controversial drugs.

Commonly used growth-enhancing drugs in the beta-agonist family include ractopamine, which is fed to hogs and turkeys, and zilpaterol, which is fed to cattle. Trademarked beta agonists include Zilmax and Optaflexx, with one of the two being administered  to 70 percent to 80 percent of the U.S. cattle herd in 2012, according to some estimates.

The use of beta agonists for finishing cattle became a concern over the summer when Merck, the makers of Zilmax, suspended sales due to animal welfare concerns from packers. Tyson Foods stopped buying Zilmax-fed cattle in September because cattle had been delivered to its plants having trouble walking or being unable to move.

In December 2012, animal-rights and food-safety groups petitioned the FDA to lower the allowed residue limits for ractopamine and study the drug’s effects on human health and animal welfare.

“The continued use and abuse of ractopamine in our food supply needs to be put in check,” said Elisabeth Holmes, staff attorney at the Center for Food Safety, which filed the 37-page petition in concert with the Animal Legal Defense Fund.