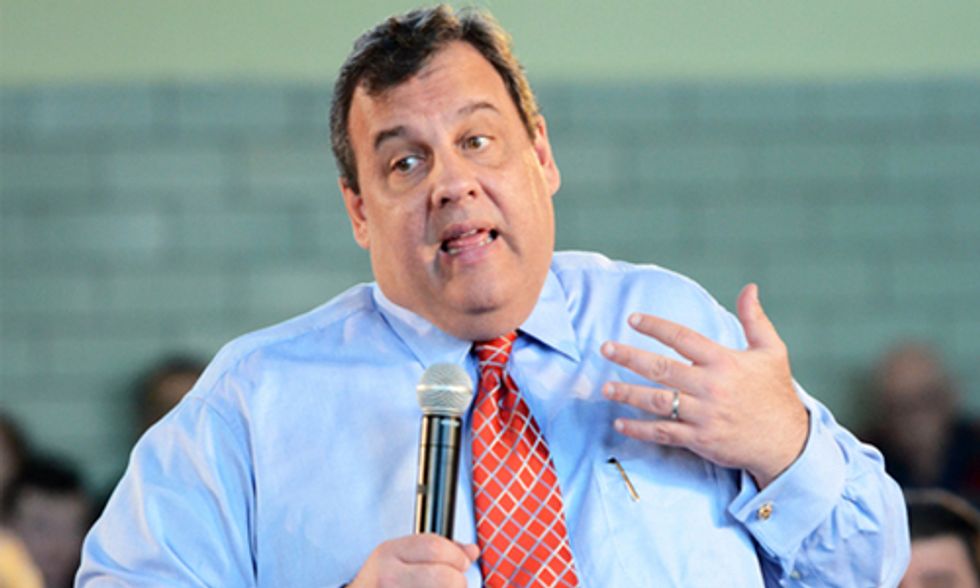 If New Jersey Governor Chris Christie, whose presidential potential is still being touted by some supporters despite a series of scandals surrounding him, is trying to demonstrate that he's on the far right fringe of his own party when it comes to the environment, he's doing a good job of it.

Last week, he vetoed a bill dubbed the Frack Waste Ban Bill which would have barred the disposal, treatment, storage and discharge of fracking waste in the state. It's the second time he's done so; he vetoed a similar bill in 2012.

And he's done so despite overwhelming support of the measure in the New Jersey legislature from both parties. The bill had four dozen sponsors, both Republicans and Democrats. The vote in the N.J. Senate was 33-4. In the state Assembly it was 62-16-1.

Currently, no fracking is going on in New Jersey, but there's plenty in neighboring Pennsylvania, which is already bringing some of its waste to New Jersey for disposal. When he previously vetoed the bill, Christie claimed it violated the interstate commerce clause of the U.S. Constitution. However, New Jersey's nonpartisan legislative Office of Legislative Services,  says it doesn't because it would treat in-state and out-of-state waste equally.

Two dozen environmental groups were involved in the campaign to promote the Frack Waste Ban Bill, and Christie's veto evoked a blitz of indignation from them.

“The governor has just opened the floodgates of pollution by refusing to protect us from toxic and radioactive frack waste," said Tracy Carluccio of Delaware Riverkeeper Network. "We know the Frack Waste Ban Bill conforms with the law because it bans all frack waste, no matter the state of origin, and we know we need the ban because waste has already been dumped here."

“Governor Christie has sold out our drinking water to the fossil fuel industry," said Jeff Tittle of the N.J. Sierra Club. "We already have enough pollution in our waterways, we don't need any more from fracking wastewater. We do not need waste haulers dumping in New Jersey."

"Governor Christie proved today that he couldn't care less about the health and safety of New Jersey families," said Food & Water Watch's New Jersey director Jim Walsh. "Fracking waste is highly toxic and radioactive, and it has no place in our communities."

"Gov. Christie's veto doubles down on his same mistake from two years ago," said Environment New Jersey's Doug O'Malley. "Fracking waste is a clear and present danger to our waterways."

All the groups called on the legislature to override the governor's veto. But while there would seem to be enough votes to do so, the New Jersey legislature has never overturned a Christie veto.