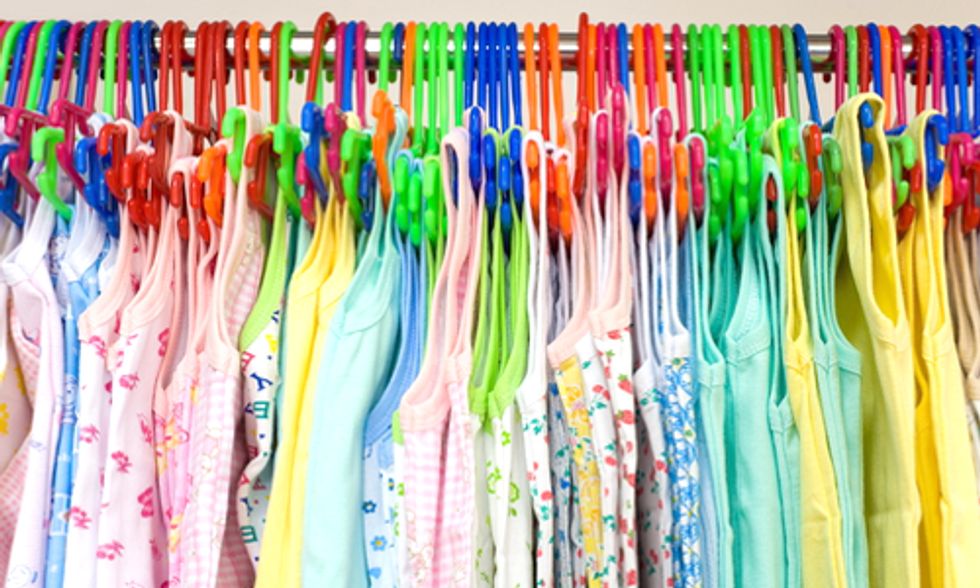 A new investigation by Greenpeace has found a broad range of hazardous chemicals in children’s clothing and footwear across a number of major clothing brands, including fast fashion, sportswear and luxury brands.

A total of 82 children’s textile products were purchased in 25 countries worldwide from flagship stores.
Photo courtesy of Shutterstock

The study, A Little Story About the Monsters In Your Closet, follows on from several previous investigations published by Greenpeace as part of its Detox Campaign, which identified that hazardous chemicals are present in textile and leather products as a result of their use during manufacture. It confirms that the use of hazardous chemicals is still widespread—even during the manufacture of clothes for children and infants.

A total of 82 children’s textile products were purchased in May and June 2013 in 25 countries/regions worldwide from flagship stores, or from other authorized retailers. They were manufactured in at least twelve different countries/regions. The brands tested included fashion brands and sportswear brands such as:

The products were sent to the Greenpeace Research Laboratories at the University of Exeter in the UK, from where they were dispatched to independent accredited laboratories.

A page from the Greenpeace's Little Monster's Field Guide to Hazardous Chemicals which accompanies the report.

All products were investigated for the presence of nonylphenol ethoxylates (NPEs) and certain products were also analyzed for phthalates, organotins, per/poly-fluorinated chemicals (PFCs), or antimony, where the analysis was relevant for the type of product. The analysis for antimony was carried out at the Greenpeace Research Laboratories.

All the hazardous chemicals mentioned above were detected in various products, above the technical limits of detection used in this study. Despite the fact that all the products purchased were for children and infants, there was no significant difference between the range and levels of hazardous chemicals found in this study compared to previous studies analyzing those chemicals.