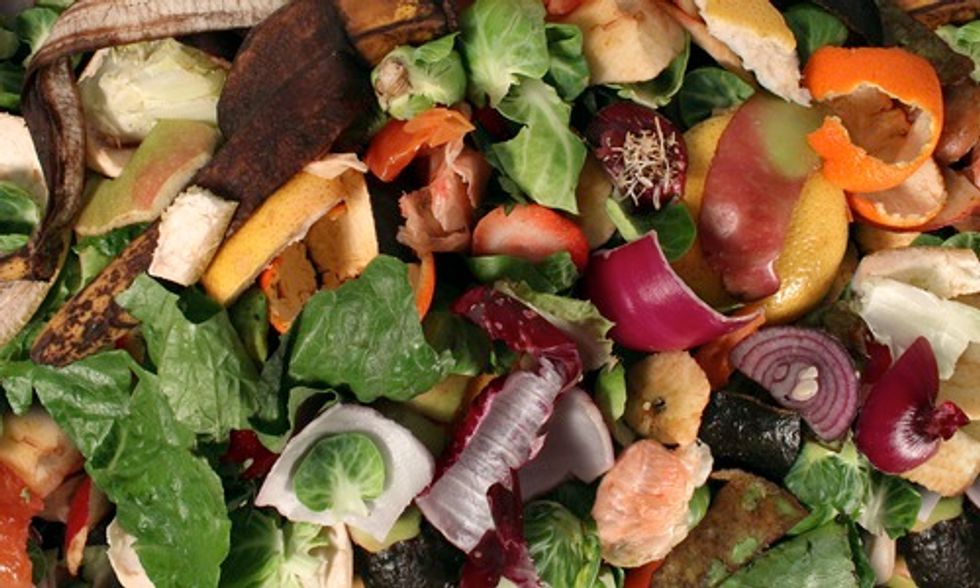 A mountain of food goes to waste every year, discarded because (in the case of fresh fruits and vegetables) an item is deemed too ugly or because we note that the expiration date has passed. A recent report from the Natural Resource Defense Council (NRDC) and the Harvard Law School describes the “current food labeling regime” as a major culprit behind the $165 billion worth of food that Americans throw out every year.

As the report details, most of that uneaten food ends up in landfills where it accounts for 25 percent of U.S. methane emissions. Given that one in six Americans do not have access to a secure supply of food, we need to do something to avoid wasting so much of what we produce, process, package and ship.

Someone has a suggestion and is putting it into practice.

Doug Rauch, the former president of Trader Joe’s, plans to open a new market, the Daily Table, that will use fresh produce that is slightly past its sell-by date. The Dorchester, MA business will prepare the food and then sell it at prices low enough to compete with fast-food restaurants.

As Rauch explains it to NPR, the Daily Table is meant to be a "kind of a hybrid between a grocery store and a restaurant, if you would, because primarily it’s going to take this food in, prep it, cook it [for] what I call speed-scratch cooking.”

Food banks have made it a practice to use food salvaged not only from grocery stores but also hospitals, hotels, caterers, restaurants and farms. Stores tend to cast aside bruised produce, fearing they could be sued. People often misinterpret the date labels on food and discard items that are still safe to eat, as the NRDC/Harvard Law School report says:

The labels are not federally regulated and can vary from state to state. Despite what most people think, the labels don’t communicate whether a product has spoiled. “Use by” and “best before” are just suggestions determined by the manufacturer to indicate when food is at its peak quality. “Sell by” is the manufacturer’s suggestion for when the grocery store should no longer sell the product. There is no uniform criteria for any of those terms.

Naysayers chided the Daily Table for serving “blemished” “past-its-prime” fruits and vegetables to residents of lower-income communities. Mattapan City Councilor Charles Yancey says in the Boston Globe that the use of past-its-shelf-life produce is a “PR issue” as “the last thing we want is anyone to buy things that can hurt them.”

However, as residents of lower-income communities face rising rates of obesity and diabetes in part because of  limited food options, The Daily Table could make healthy food more readily available while, at the same time, seeking to cut down on the world’s food waste.