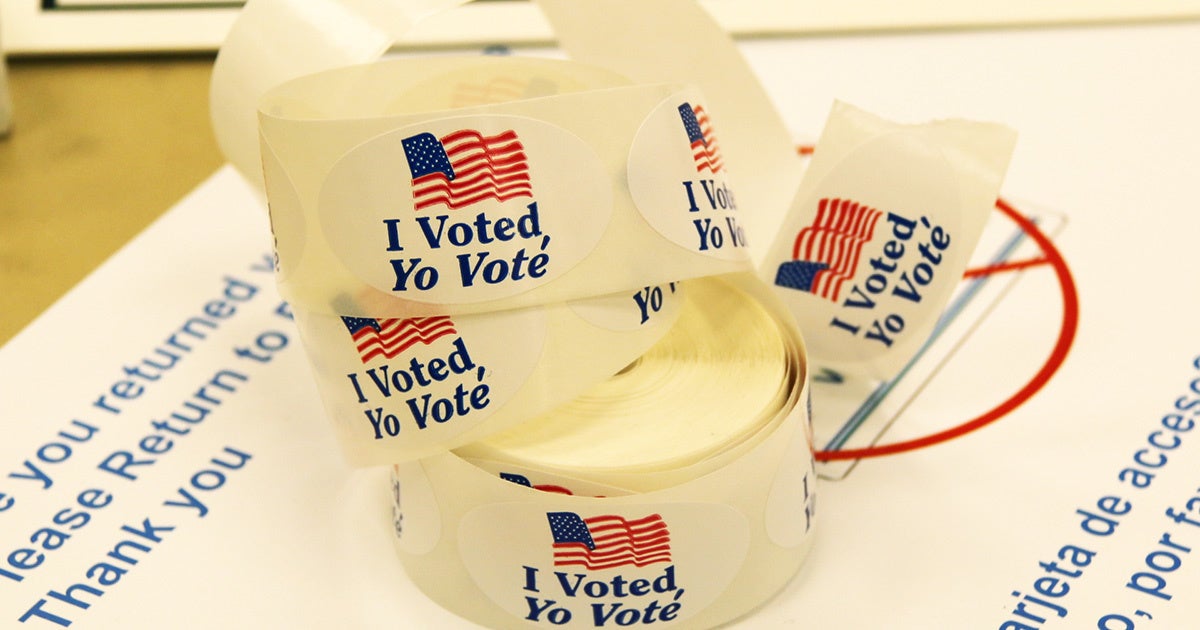 How little do elected officials care about climate change? Look no further than a recent U.S. Senate hearing about the biggest threats facing the country, where lawmakers asked a single question about global warming during the entire three-hour event.

Sadly, this hearing occurred just days after the world’s leading scientific body on climate change warned that the world has a mere dozen years to avoid catastrophic impacts.

Despite the urgency of the climate crisis, getting elected officials in the U.S. to commit to genuine solutions has been slow going, to say the least.

Nathaniel Stinnett has some idea of why and what to do about it.

Stinnett worked for years as a consultant and advisor on political campaigns and for advocacy nonprofits. A few years ago he noticed that polls showed that climate change and environmental issues were usually last among priorities for likely voters.

But that’s not because Americans don’t care about those issues, he said. Polls of American adults show that tens of millions do care deeply about those issues. They’re just not good voters compared to people who vote on issues like immigration, which is the top priority among voters in this year’s midterm election.

So in 2015 Stinnett launched the Environmental Voter Project with the goals of identifying environmental advocates who don’t vote and then turning them out for any and all elections.

The group calculated that close to 16 million environmentalists didn’t vote in the 2014 midterms, and around 10 million didn’t vote in 2016’s presidential election.

It’s hoped that the more people vote, the more action will finally be taken by the politicians who get elected. “More facts or fancy arguments are not going to convince politicians to lead on climate change,” he said. “All they care about is getting enough votes, so that’s all we care about.”

In just a few years of effort, the results are already encouraging.

Most other voting-oriented initiatives follow two typical strategies. Some groups focus on registering people who have never voted. Others, including nearly everyone running a political campaign or advocating for an issue, focus on turning out likely voters who align with their candidate or cause.

That means that very few organizations (if any) end up talking to people who are registered but simply don’t show up on Election Day. There’s a reason for that: “If I’m trying to elect you governor of California, I’m not going to spend your money talking to people I know aren’t going to vote,” said Stinnett. “That’s how I get fired.”

And that’s where the Environmental Voter Project’s mission differs. They don’t endorse candidates or lobby for issues. They aren’t trying to win any elections. They don’t even try to convince people to care more about climate change and the environment.

Instead they find people who already believe in the cause but don’t currently vote.

“And instead of changing their minds, we change their behavior and turn them into more consistent voters,” he said. “We don’t focus on elections. We focus on changing the electorate.”

In other words, the Environmental Voter Project plays the long game.

That’s because politicians are only interested in issues that are important to voters, not nonvoters. “Nothing motivates a politician more than winning or losing an election,” said Stinnett. “If you get more environmentalists to vote, you’re going to get more politicians leading on environmental issues. Our goal is to have real environmental leadership not just at the federal level, but also at the state and local level.”

The organization uses extensive polling and publicly available data to build predictive models that can identify people who are likely to say that climate change and environmental issues are one of their top two priorities. Then they check that list against voting records to find their targets.

After that staff and 1,800 volunteers use a combination of contact methods including calling, texting, door-to-door canvassing, direct mail and digital advertising.

It’s hard work, and while some people may be frustrated by the sheer number of people who care about the environment but don’t vote, Stinnett sees a tremendous opportunity.

“We live in a world where it’s increasingly hard to get people to change their minds, especially when we’re talking about climate change and other environmental issues,” he said. “But if we’re talking about finding people who are already with us and slightly tweaking their actions, it’s a little bit easier.”

The Environmental Voter Project tested out its methods for the first two years in Massachusetts before expanding last year to Colorado, Florida, Georgia, Nevada and Pennsylvania.

How effective have their efforts been? The group reported that by using mail and digital advertising, it was able to increase turnout between 2.8 and 4.5 percent. In-person canvassing bumps up turnout by 4.9 to 6.9 percent.

And because the group was focusing on every single election, big or small, there were some people who got contacted for four elections in a single year. “By then end of the fourth election there were people that were voting at a 12.1 percent higher rate than our control group,” Stinnett said.

The reason that number is so high, they believe, is that others took notice of their results. It only takes two months after you vote for your name to show up on voter records, so after nonvoters start turning out for elections, other campaigns begin to identify them as likely voters.

“It was like the cavalry would come in and we were sending this signal to the marketplace that these people were now voters,” said Stinnett. “And then all these well-funded campaigns were coming in and turning out these people at no cost to us.”

And here’s the unexpected thing about EVP’s strategy and success: Even though it’s targeting environmentalists, its messaging rarely ever mentions the environment. Instead it plays on people’s desires to fit in with their peers.

This kind of social-norms messaging is used a lot these days. There are apps that motivate you to work out by comparing your run to your friend’s or get you to save electricity by telling you how much energy your neighbor uses.

For example, a target might receive a mailing letting her know how many people in her building voted in the last election. “Sometimes we remind them that whether they vote or not is public record, sometimes we’ll even send them copies of their voter records and tell them we’ll follow up after the election,” said Stinnett.

The project also uses voter pledges, which he says work surprisingly well in convincing people to keep their promise and vote. “Most people want to be known as honest promise keepers,” he said. And that relates to another concept they employ: expressive choice theory.

Instead of rationally trying to convince someone of the importance of their vote (which would be rational choice theory), EVP focuses on changing the person’s behavior to take advantage of how they want to express themselves or how they want to view themselves, Stinnett explains.

While that all may sound a bit pushy, Stinnett doesn’t care. “It isn’t like the climate crisis is a small thing,” he said. “If getting a little aggressive with social-pressure techniques can dramatically increase the number of environmentalists that vote, you better believe we’re going to do it.”

Right now people in the U.S. are fixated on Nov. 6 and what the midterm election may bring, but Stinnett and his colleagues are already shifting their focus to the mayoral elections of spring 2019.

Every election, he believes, is an opportunity to change behavior and eventually policy.

“The climate crisis is not some disease for which we have no cure,” he said. “All we’re missing is political leadership. We already have all the policy solutions. We just don’t have people willing to enact them.”

Stinnett believes that voting, which takes the average American just 14 minutes, is one of the most significant actions you can take to save the planet.

“Simply by becoming a voter on public voter records you become a part of the (unfortunately very small) group of Americans who drive policy,” Stinnett said. And while some people who care about the environment have made lifestyle changes to tread more lightly on the planet, they still haven’t shown up to vote en masse.

“But once we start doing that, it’s amazing how quickly things can change,” he said.