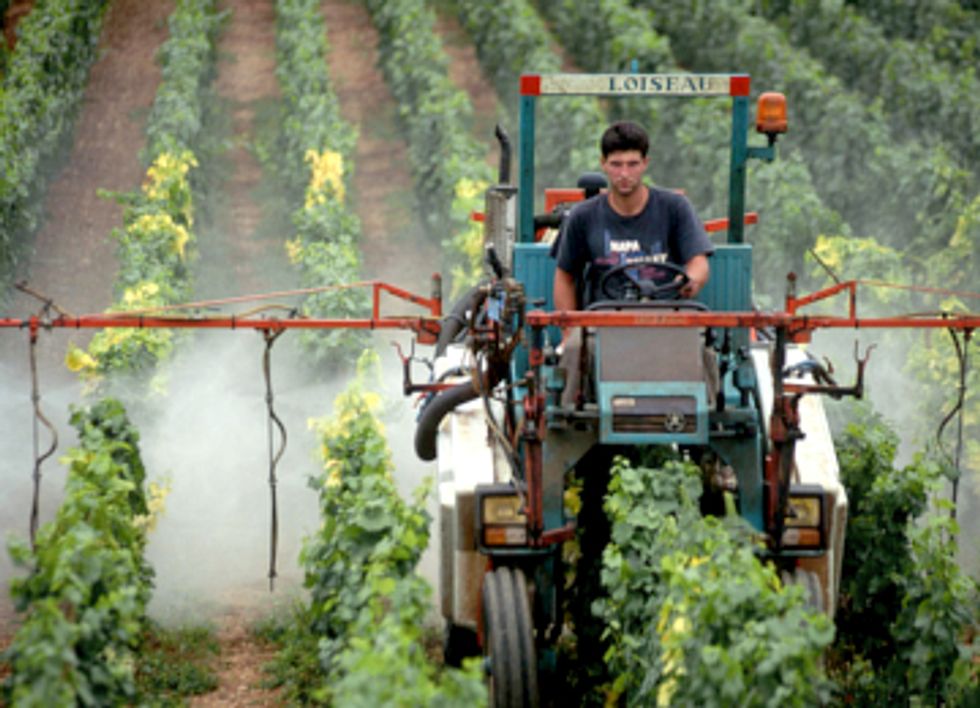 The U.S. Department of Agriculture (USDA) has quietly approved the first of a new generation of genetically engineered (GE) crops resistant to more toxic herbicides. The first crop to pass the low regulatory bar was a Bayer soybean variety genetically engineered to withstand direct application of the herbicide isoxaflutole (IFT), which according to the Environmental Protection Agency (EPA) is a “probable human carcinogen.”

Center for Food Safety (CFS) projects at least a four-fold rise in national use of this toxic herbicide thanks to these new GE soybeans, and a host of related human health and environmental harms. Additional scientific detail about this and other new GE crops can be found here.

“Bayer’s new GE soybeans represent the next wave in agricultural biotechnology—crops that dramatically increase farmers’ use of and dependence on toxic herbicides,” said Bill Freese, science policy analyst at Center for Food Safety.

Dubbed FG72, these GE soybeans were developed by Bayer CropScience, the second-largest agrichemicals firm in the world.

The EPA has designated IFT as a “probable human carcinogen” based on animal tests in which it triggered liver and thyroid tumors in rats. IFT and its major breakdown product persist in surface waters, and despite its limited use, at present is frequently detected in tests. It is also toxic to aquatic organisms, wild plants and important crops (e.g. vegetables.). IFT is so toxic that three states—Wisconsin, Michigan and Minnesota—rejected the Bayer-EPA label for this herbicide as insufficiently protective of human health, the environment and neighboring crops.

First generation GE crops, like Monsanto’s Roundup Ready (RR) varieties, are resistant to the herbicide glyphosate. Skyrocketing use of glyphosate with RR crops has wiped out biological diversity in our fields, for instance nearly wiping out milkweed and thereby contributing to a dramatic decline in Monarch butterfly populations. Glyphosate use has also triggered an epidemic of glyphosate-resistant weeds that now infest roughly half of farmers’ fields.

“Bayer and other biotech companies are now poised to introduce a host of ‘next-generation’ GE crops resistant to more toxic herbicides as a false ‘solution’ to massive weed resistance," said Freese. "But their effect will be to generate still more intractable weeds resistant to multiple herbicides.”

“It’s ironic that supposedly ‘cutting-edge’ biotechnology is taking American agriculture a half-century and more backwards into a more toxic past,” continued Freese.

Dow AgroSciences is awaiting USDA approval of 2,4-D-resistant corn and soybeans. 2,4-D is one of the oldest herbicides, introduced in the 1940s. It formed part of Agent Orange used in the Vietnam War, and has been linked by medical scientists to an often-fatal immune system cancer in farmers, among other adverse effects.

“It’s not only Dow. The pipeline includes Monsanto soybeans and cotton resistant to dicamba, which was introduced in the 1960s, and similar crops from other biotech companies,” said Freese.

“Don’t listen to the industry hype,” Freese concluded. “Biotechnology means toxic, unsustainable agriculture. We need to evolve our agriculture beyond antiquated, pesticide-promoting GE crops towards cutting-edge agroecological techniques for managing weeds instead of eradicating them. Organic agriculture is one path, low-input systems that minimize pesticide use is another.”