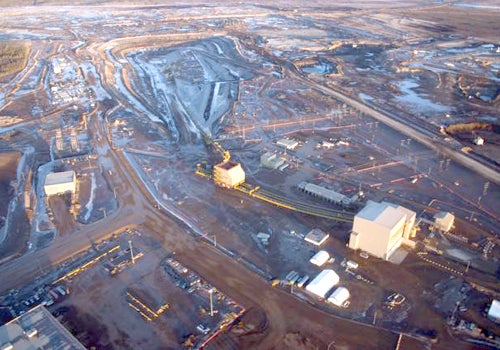 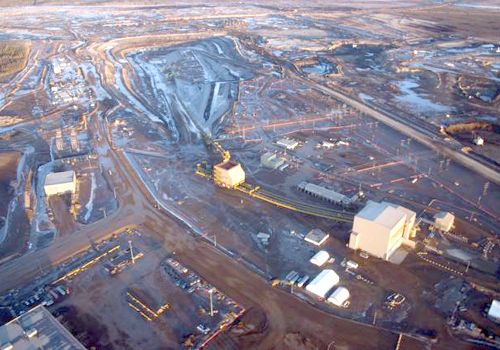 How do you sell a rotten bag of goods? Rule number one of effective propaganda: repackage it into something seemingly less grotesque.

In that spirit, the Houston Chronicle recently reported the American Petroleum Institute (API) has created yet another front group, this one to promote tar sands crude, one of the dirtiest sources of fuel in the world, as a safe and secure energy resource.

Well, as the name might suggest, we’re about checking facts and providing the proper context—making sure that the best and most accurate information is available when it comes to the development, delivery and impact of secure sources of energy derived from Canada’s oil sands.

By now, perhaps, you’ve heard that the size of the resource is immense: some experts believe Alberta’s oil sands could someday prove to be the largest reserve of oil in the world…[E]verybody is entitled to their own opinion—as they say—but not their own facts. Here at OSFC, we’re not in the business of opinions—we provide facts.

The facts provided by climatologists such as NASA’s James Hansen, though, are that the full steam ahead extraction of Alberta’s tar sands crude could mean “game over” for the climate. OSFC will assuredly not be providing citizens and journalists with these inconvenient facts.

A Parallel to Energy In Depth

The Chronicle article highlights the fact that OSFC is a direct parallel to another currently existing industry shale gas industry front group, Energy in Depth (EID), outed by DeSmogBlog last year as a front for Big Oil and Big Gas.

In fact, the Chronicle explains, OSFC will utilize many of the same public relations tactics as its cousin, EID:

Oil Sands Fact Check is borrowing a page from Energy In Depth’s playbook, with regular “issue alerts” to reporters and others, and plans for touting the message via Facebook, Twitter and other social media. To lure in critics as well as supporters, the group has ads that appear on Google when users search for “tar sands”—a synonym often used derisively—and other related terms.

Will OSFC, then, be EID’s “kissing cousin“? Will grassroots activists and journalists have to put up with the EID-type abuse?

In three words: let’s hope not.

Recent history has shown, though, that this will likely be the case.