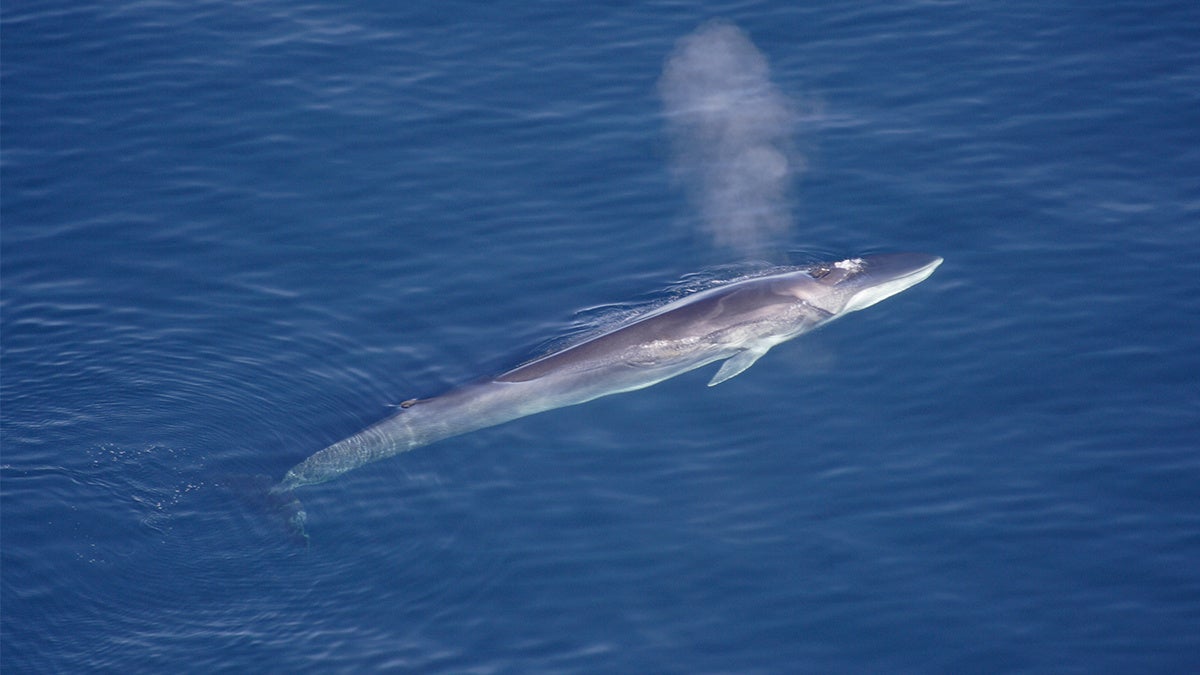 A fin whale surfacing in Greenland. Aqqa Rosing-Asvid, CC BY 2.0

A new subspecies of fin whale, the second-largest species on Earth after the blue whale, has been discovered by scientists in the Pacific Ocean.

Though they are the second-largest whale species on Earth, fin whales are the fastest swimmers. They are known to primarily roam the open ocean, away from coastlines where they would be easier to study, which is why they are also one of the large whale species that scientists know the least about.

Another factor in how little we know about the species is that fin whales’ sheer size makes them difficult to study in a laboratory environment. Scientists traditionally compare characteristic parts of an animal’s skeleton, such as the skull, in doing taxonomic work, but that’s not entirely feasible with fin whales. The whales can reach 60 to 70 feet long. Their skulls alone can measure 15 feet in length, and their skeletons can weigh hundreds of pounds. Research institutions would be hard-pressed to attain and store a large enough collection to allow for comparisons of different fin whale specimens from around the world.

That’s why genetic analysis — which can be done using DNA extracted from tissue samples the size of a pencil eraser collected from animals in the wild — has proven so useful for the study of marine species like large whales.

“It’s the only realistic way to do this, because you cannot get enough examples to determine the difference through morphology alone,” Eric Archer, a geneticist at NOAA Fisheries’ Southwest Fisheries Science Center in La Jolla, California, said in a statement. Archer is the lead author of the study published in the Journal of Mammology last week that identifies the northern Pacific fin whale as a distinct subspecies. 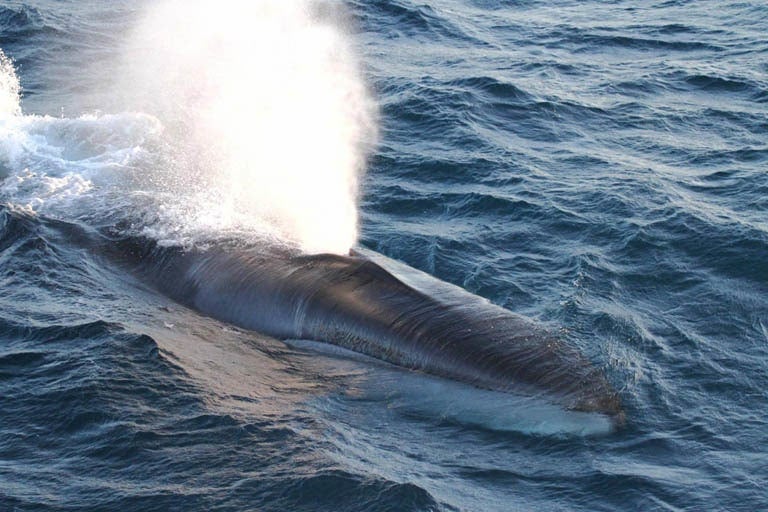 Fin whales are the second largest species of whale, sleek and streamlined in shape, and can be distinguished by their asymmetrical head coloration. The left lower jaw is mostly dark while the right jaw is mostly white. North Pacific fin whale, NOAA Fisheries / Paula Olson

Archer and an international team of researchers used samples found in a collection of marine mammal genetic material at the Southwest Fisheries Science Center (SWFSC) as well as samples obtained from other museums and collections to analyze fin whale DNA. By comparing DNA from fin whales in the North Pacific and the North Atlantic, they determined that the populations have been genetically distinct for hundreds of thousands of years.

“Instead of digging through museum storage facilities for skulls to describe species or subspecies, genetic data unlock our ability to describe unique populations of whales across the globe,” study co-author Barbara Taylor, leader of the SWFSC’s Marine Mammal Genetics Program, said in a statement. “It is a new way of looking at these animals.”

In naming the new subspecies, the researchers turned to the oldest name recorded for the North Pacific fin whale and came up with Balaenoptera physalus velifera, which is based on the Latin word “velifer,” meaning “sail-bearing.” They note in the study that “No description of the source of the name has been published,” but theorize that it refers to the whales’ large falcate dorsal fins.

According to the study, B. p. velifera‘s range “extends from the Gulf of California, along the western coast of the United States and British Columbia, Canada into the Gulf of Alaska, and along the Aleutians. They are found in the Bering Sea and into the Chukchi Sea up to approximately 70°N … In the western Pacific, they are found off of Kamchatka, Okhotsk Sea, and Japan. They also occur in the northern waters of Hawaii, although in lower numbers.”

Improving our understanding of fin whale taxonomy can have important implications for the conservation of the species, which is listed as Vulnerable on the IUCN Red List. The U.S. Endangered Species Act, for instance, allows for targeted safeguards for subspecies that need protection, even in cases where other members of the species aren’t threatened or have already recovered. There are about 14,000 to 18,000 fin whales in the North Pacific who now belong to the subspecies B. p. velifera, the study states, and their numbers are believed to be increasing.

Archer said that the discovery of the new fin whale subspecies is just one of numerous advances in marine mammal taxonomy being made by scientists today.

“The increasing study of cetacean genetics is revealing new diversity among the world’s whales and dolphins that has not been previously recognized,” Archer said in a statement. “There are other new species and subspecies that we are learning about thanks to the technology that has made this possible. It is changing the field.”