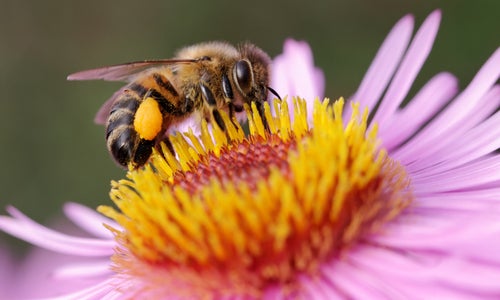 Have you heard of flupyradifurone? Probably not, unless you work for the federal government agency poised to approve this new pesticide for use in Canada. But take note: This new “F” word is bad news for bees.

Flupyradifurone is an insect-killing systemic pesticide similar to the controversial neonicotinoid, or neonic, family of bee-killing chemicals. When applied to seeds or soil, it’s absorbed by plant roots and travels to leaves, flowers, pollen and nectar, making the plant potentially toxic to insects. 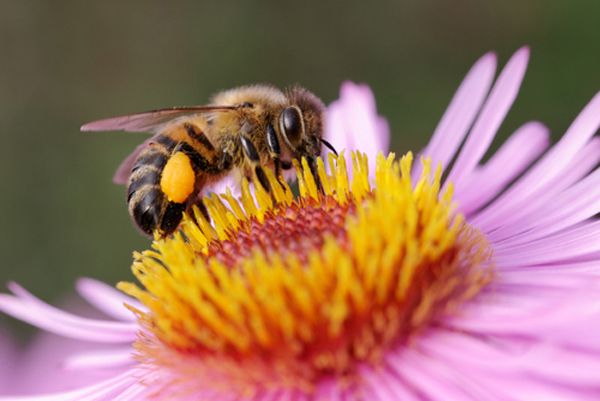 Like neonics, flupyradifurone is a nerve poison, acutely toxic to bees if ingested.

This past summer, the international Task Force on Systemic Pesticides analyzed 800 scientific studies and concluded that systemic pesticides like neonics are harming bees, butterflies, birds and worms and should be phased out globally. The European Union banned three neonics for “crops attractive to bees,” but the European Environment Agency says that’s just a starting point, and recommends regulators look at similar pesticides and take into account potential harmful effects on aquatic invertebrates, birds and other insects. The EEA also found “mounting scientific evidence has been systematically suppressed for many years and early warnings were ignored.”

Inexplicably, Canada’s Pest Management Regulation Agency has yet to respond to the Task Force findings and now wants to approve a new systemic pesticide. What’s especially troubling is that, in its description, the PMRA states flupyradifurone “may pose a risk” to bees, birds, worms, spiders, small mammals and aquatic bugs, and that it doesn’t readily break down in water, air or sunlight and may carry over to the following growing season. When it enters streams, rivers and wetlands, “it may persist for a long time.”

Like neonics, flupyradifurone is a nerve poison, acutely toxic to bees if ingested. As in the past, we don’t fully understand the cumulative effects of the increasing amounts of today’s insecticides, pesticides, fungicides and other chemicals being applied to crops across the country.

Neonicotinoids are showing up more frequently and in higher concentrations than the harmful chemicals they replaced. A study last year found 90 per cent of Saskatchewan prairie potholes contained residual neonics in the spring, before farmers planted their fields. Research from the U.S. Midwest found neonics in all 79 samples taken from nine rivers. Similar results have been found in wetlands, streams and rivers in the southwest U.S., Georgia and California.

It’s not even clear whether the widespread use of neonic seed treatments increases agricultural yields. A recent report from the U.S. Environmental Protection Agency regarding soy crop treatments concluded, “these seed treatments provide little or no overall benefits to soybean production in most situations. Published data indicate that in most cases there is no difference in soybean yield when soybean seed was treated with neonicotinoids versus not receiving any insect control treatment.”

The European Environment Agency also found a 2004 ban on neonicotinoid chemicals by France for sunflower and maize crops hasn’t negatively affected productivity. In fact, yields were higher in 2007 than they’d been in a decade.

You’d think we’d learn from past experience with persistent and bioaccumulative pesticides like DDT and organophosphates, and the more recent research on neonicotinoids. DDT was widely used until Rachel Carson’s book Silent Spring drew attention to its negative impacts on ecosystems, wildlife and humans. Many, but not all, organophosphate pesticides have also been pulled from widespread use because we learned their neurotoxic effects posed serious risks to humans and wildlife.

Rather than approving new pesticides that may harm pollinators, birds and other animals, including humans, we need better ways to protect crops. A recent report, “Alternatives to neonicotinoid insecticides for pest control”, published in the journal Environmental Science and Pollution Research, suggests further research and methods including “diversifying crop rotations, altering the timing of planting, tillage and irrigation, using less sensitive crops in infested areas, applying biological control agents,” and other lower-risk alternatives.

We need to stop contaminating the environment with neonics and related systemic pesticides. Approving flupyradifurone would take us in the wrong direction. Canada’s Pest Management Regulation Agency is accepting comments on flupyradifurone approval until Nov. 3. You can submit through the PMRA or David Suzuki Foundation websites.

Putting bees and ecosystem functioning at risk endangers us all. It’s time to find a better way.

Save the Bees, Ban Neonic Pesticides