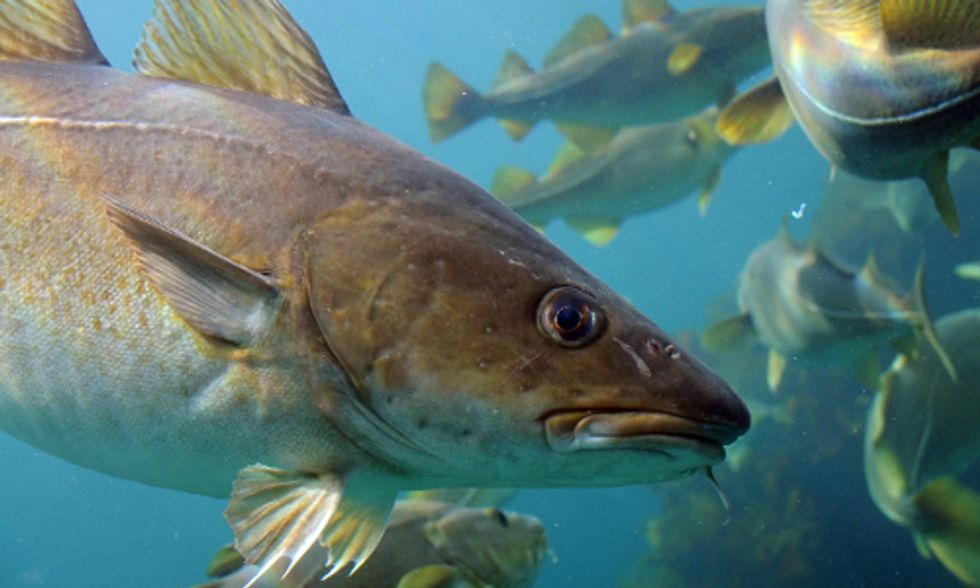 The already bad news about Atlantic cod in New England just got worse. Scientists at the National Oceanic and Atmospheric Administration’s Fisheries Service have found that the cod population in the Gulf of Maine is at an all-time low. Virtually every indicator of the stock condition declined in the past year, to the point that the total of adult fish, known as spawning biomass, is estimated to be just 3 or 4 percent of a healthy, sustainable population. Researchers also found very few young fish, another bad sign. In a notice issued Aug. 1, scientists warned fishery managers in the region that the new analysis presented “a grim picture for the recovery of this iconic fish."

This is a serious blow to fishermen and fishing communities that depend on cod. Previous estimates showing this cod population at about 20 percent of target numbers had already made it necessary to sharply reduce the allowable catch. The Commerce Department declared the fishery a disaster in 2012, and some $33 million in federal aid is being distributed to New England fishermen.

Fishermen and fishery managers begrudgingly reduced fishing pressure, hoping it would bring a recovery. But it is now clear that the damage inflicted through decades of chronic overfishing and harm to ocean habitats is so great that more is needed.

First, we must stop degrading sensitive fish habitat with bottom-trawl fishing, scallop dredges and other high-impact gear. Fish need places where they can safely find food and shelter, grow and reproduce. A solid body of science shows that protecting habitat areas in New England waters has resulted in more large female cod, which are crucial to the reproductive success of the population.

Second, officials should implement the method of fishing regulation that scientists have long been calling for—ecosystem-based fisheries management. This approach keeps track not just of one species at a time, but also allows managers to account for how fish interact as part of an intricate food web. Science shows it is crucial, for instance, to incorporate the important relationships between predators and prey, and how changes in the ocean environment affect fish. New England’s fishery management council has taken the first tentative steps toward putting this big picture approach to work. The crisis with cod provides strong impetus to speed that process.

Yet, some in the fishing industry persist in questioning the science, saying what they see on the water tells a different story. Scientists have carefully explained in a recent study why some fishermen may enjoy a temporary abundance of fish even while the larger population is in sharp decline. In short, those fishermen are catching the last remaining pockets of cod as the fish gather densely within small areas of prime feeding habitat. Overall, however, fishermen have not been able to find enough cod in recent years to even fill their quota.

And, unfortunately, this council is also preparing to gut protections for ocean habitat before they have had a chance to take effect. An industry-supported proposal currently under consideration would slash habitat protection by some 70 percent, allowing damaging forms of fishing in a combined area the size of Connecticut. Cutting habitat protections now defies logic and almost certainly sets us on a path to eliminating these fish from New England’s waters.

What we do now will resonate for generations. The fishery managers for New England must pivot to ecosystem-based fisheries management and commit to leaving habitat protections in place to ensure fish for future generations.

Salmon vs. Gold at Alaska’s Pebble Mine