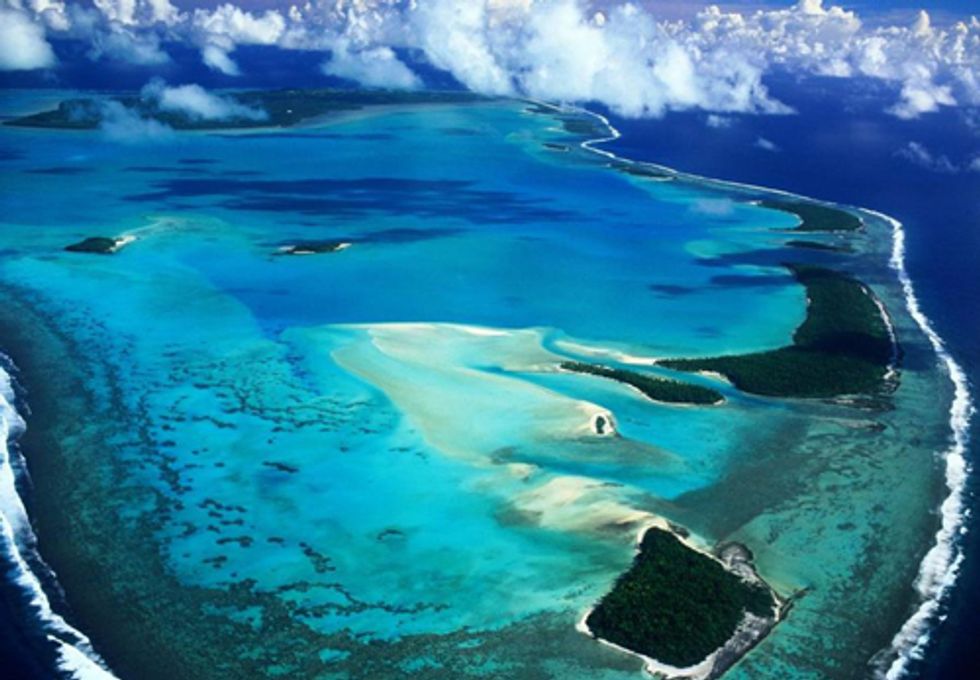 A recent commitment by the U.S.-based Geographic Information System (GIS) software company Esri marks a crucial demonstration of innovative leadership in marine conservation, said leaders from Conservation International, attending the Eye on Earth Summit in Abu Dhabi, United Arab Emirates earlier this month. At the summit, Esri committed to build a database for the new Cook Islands Marine Park to aid in the spatial planning of the one million square kilometer park, which was officially declared earlier this year by Cook Islands Prime Minister Henry Puna.

The commitment followed Prime Minister Puna’s challenge to the international community at the summit, to provide support to developing countries who have expressed a commitment to protecting the oceans.

“Working with Esri in the development of initiatives that will lead to better management of our ocean and a more secure future for all Cook Islanders is a very exciting development that underlines the global significance of our marine park declaration,” Prime Minister Puna said.

The Cook Islands Marine Park is a large addition to the Pacific Oceanscape, an innovative commitment by 16 Pacific Island governments to integrated marine conservation and sustainable management across approximately 40 million square kilometers of ocean. Prime Minister Puna and the Cook Islands delegation was joined at the summit by Teuea Toatu, executive director of the Phoenix Islands Protected Area (PIPA) in Kiribati, and a delegation from Conservation International (CI) which has committed technical and scientific assistance to implement the Pacific oceanscape since its inception.

“The Pacific Islands are leading the world in marine conservation, and the commitment by the Cook Islands of one million square kilometers of its Exclusive Economic Zone to a marine park is the latest example of this. The support announced by Esri and the University of California Santa Barbara will make a crucial difference to achieving a globally-significant conservation area, and will set the standard for future innovation in the Pacific Islands,” said Michael Donoghue, executive director of Conservation International’s Pacific Islands Program.

Esri, in partnership with University of California, Santa Barbara and the United Nations Environment Programme World Conservation Monitoring Centre, agreed to assign two senior scientists to bring together all the available information on the marine park into a single digital platform, and to train Cook Islands people to operate it. The project will begin in early 2012 with a stakeholder meeting in Rarotonga.

“We came here to see cutting-edge initiatives for the collection of environmental data and investigate how we can improve access to information in the Pacific Islands,” Prime Minister Puna said. “There is much work to be done to fulfill the promise of our marine park, but we now have some innovative partners in our endeavour, and the Cook Islands is now clearly positioned as a global leader in marine conservation and a champion of island states.”

“The mission of the Eye on Earth summit is to develop recommendations for how data sharing can be used to make a clear path toward sustainability,” said Jack Dangermond, Esri founder and president. “Esri is proud to provide the technical support through our most recent innovation, ArcGIS Online, which will help to make the Cook Islands Marine Park initiative and the Cook Island government’s vision a reality.”

Prime Minister Puna was the keynote speaker at the third day of the summit, which is focused on information gathering and sharing to provide for a sustainable future. The 4-day summit attracted more than a thousand delegates from around the world and had a line-up of prestigious guest speakers including Dr. Jane Goodall, Dr. Sylvia Earle and former U.S. President Bill Clinton.

“The range of expertise and technological innovation that was on display at the summit was remarkable, and I was very encouraged at the support that was offered from so many quarters,” said Kevin Iro, a member of the Cook Islands Marine Park Steering Committee. “It has become even clearer to me that the Cook Islands is on the right track in developing our marine park, not only for the benefit of our own future generations, but also as a significant contribution to the future of the global oceans.”

Esri is a global leader in GIS technology and software, with more than 350,000 organisations using its products globally.

The Cook Islands Marine Park, the world’s largest marine park, is scheduled to be officially established at the  next meeting of the Pacific Islands Leaders Forum, to be held in the Cook Islands in August 2012 and will be a major focus of this forum.