For more than 180 years, several soft-nosed chameleons from Madagascar sat together in a single species complex (Calumma nasutum) until scientists decided to take a closer look. They disentangled the chameleons into 16 distinct species and, in the process, described three new ones.

Calumma emelinae from the east coast of Madagascar, C. tjiasmantoi from the southeast, and C. ratnasariae from the north officially joined the ranks of more than 90 species of chameleon that are endemic to Madagascar, according to a recent paper published in Vertebrate Zoology.

Chameleons are best known for their ability to change colors. Sometimes it’s for camouflage, but it can also be a display to dazzle a female or reflect a mood change. They also have a wicked sense of sight — uncoupled eyeballs that can rove independent of each other — and sticky tongues that can stretch to lengths longer than their bodies. 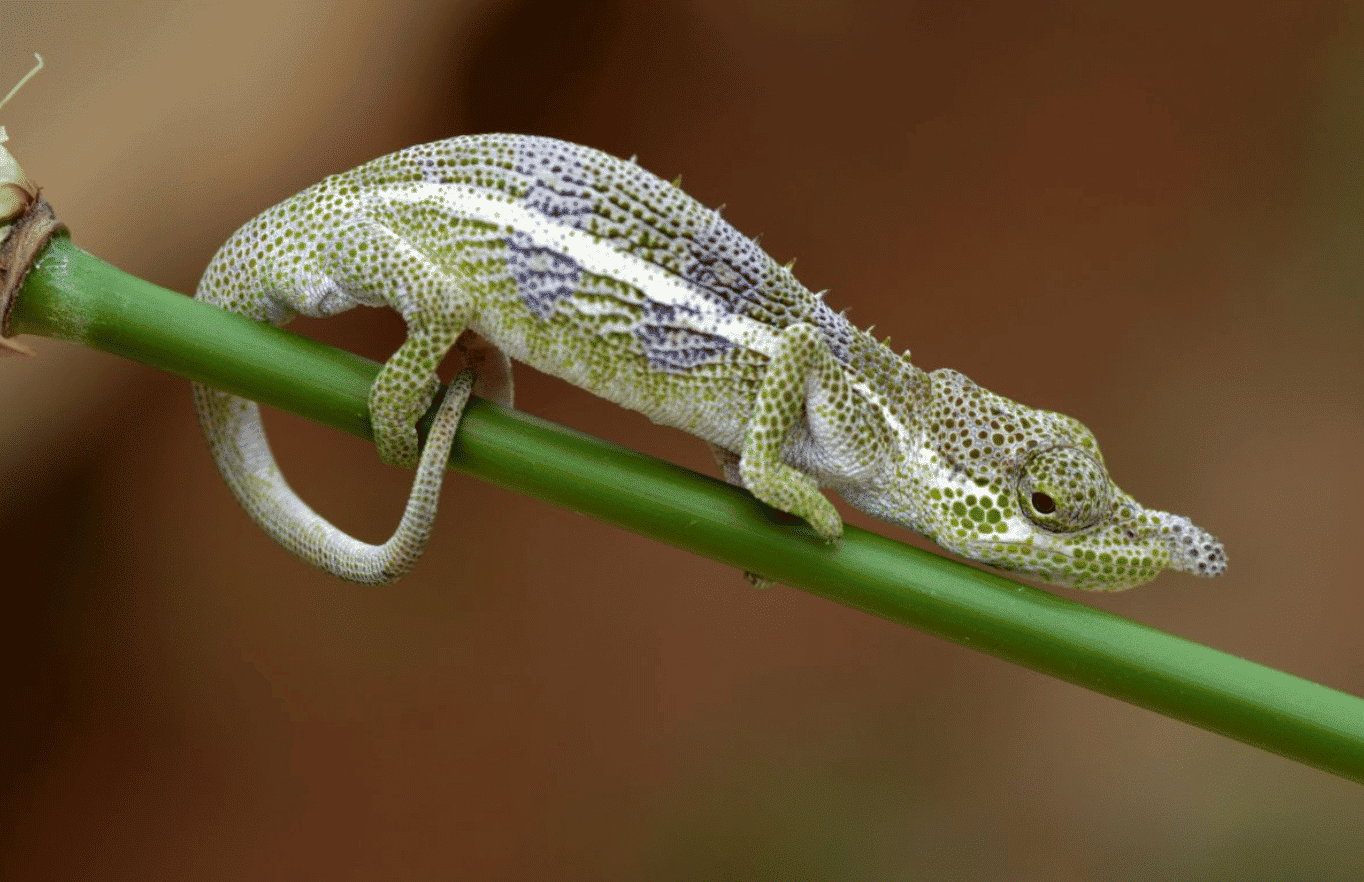 On Madagascar, the oldest island in the world, there is such a variety of them that scientists are still scratching their heads over where to put them. The island hosts not just the largest chameleon, the Parson’s chameleon (C. parsonii), but also the tiniest, Brookesia micra. Those two are easy to tell apart, but distinguishing others in between can prove tricky, which is why specimens collected from decades ago, sometimes centuries, remain taxonomically tangled.

“In the last 15 years several expeditions to Madagascar have been organized, and in the last five years we focused on the Calumma nasutum species complex,” said David Prötzel from the Bavarian State Collection of Zoology in Germany, who led the team that is helping resolve this identity crisis.

When the scientists finally got around to them, some specimens had spent about two centuries suspended in time and ethanol. In the 1830s, French collector Alphonse Charles Joseph Bernier (1802-1858), a ship’s doctor and botanist, amassed a collection of about 200 plants, insects, lemurs, reptiles and birds from Madagascar and shipped them back to France. The first specimens of C. nasutum were identified from Bernier’s assemblage.

Prötzel described lizards from the C. nasutum complex as “tiny chameleons with funny noses.” Many chameleons have striking head ornamentation and the Calumma species sport horn-like projections. It’s believed that the rostral appendage differs between species and is used to signal their presence to other members of their species. 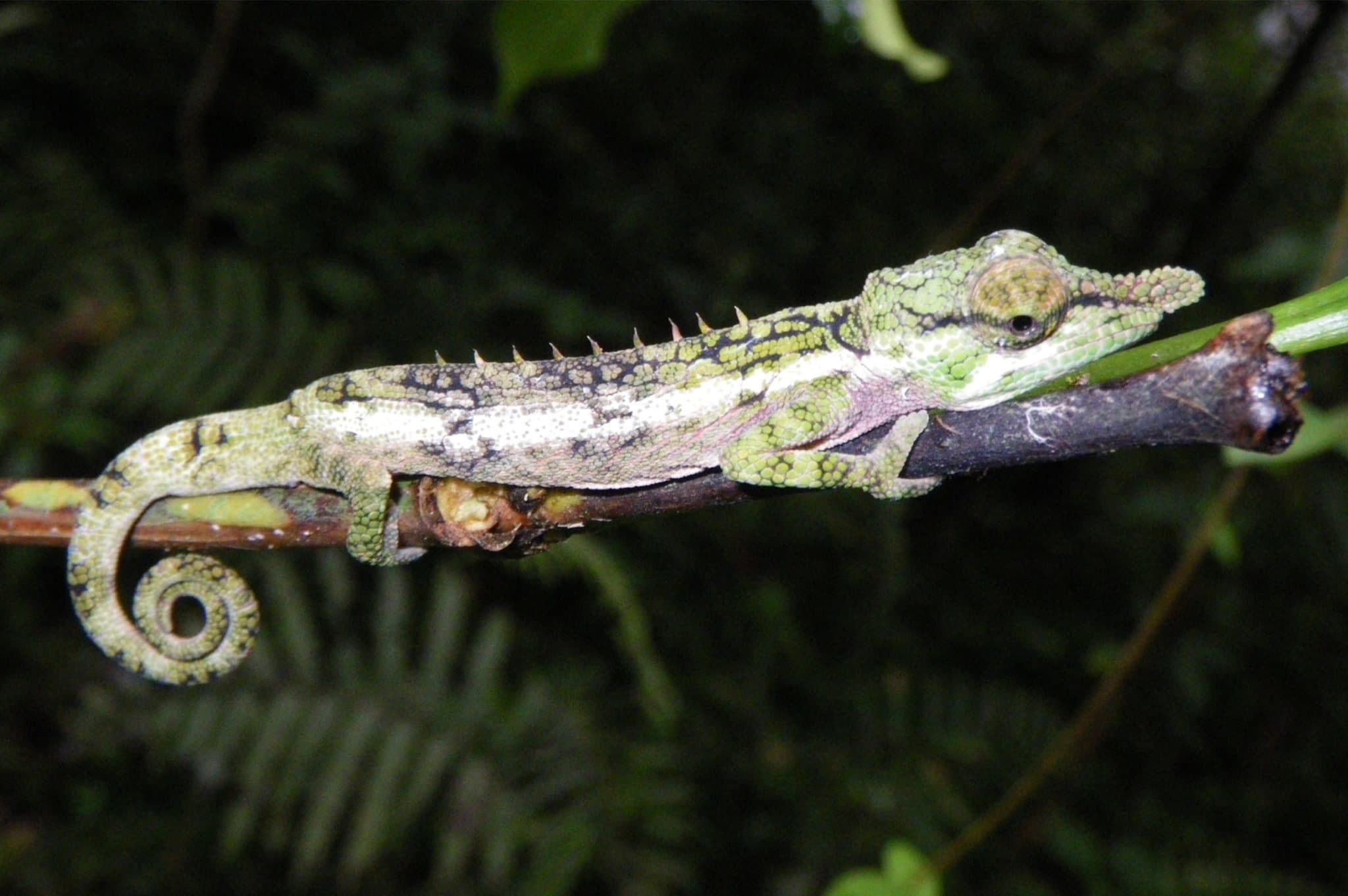 In the last two decades, with the aim of resolving several chameleon species complexes, new specimens were collected. The effort has led to nine distinct species being identified within the C. nasutum group itself, including the most recent additions.

Over the years, species can occupy different taxonomic niches based on the available evidence. C. radamanus was first described in 1933 by Robert Mertens, a German herpetologist, who distinguished it from the similar-looking C. nasutum. But nine years later, Fernand Angel, a French herpetologist, concluded that they were one and the same species. Prötzel and his team have revived the name C. radamanus, arguing that it is, in fact, a distinct species.

“This paper shows convincing evidence that the Calumma nasutum species complex represented a number of cryptic species and the paper did a good job of starting to clarify this group,” said Christopher V. Anderson, an assistant professor at the University of South Dakota who heads the IUCN’s Chameleon Specialist Group and was not involved in the new study. “There are obviously still some pieces of the puzzle to decipher yet, but this work has helped clarify the relationships within the complex immensely.” 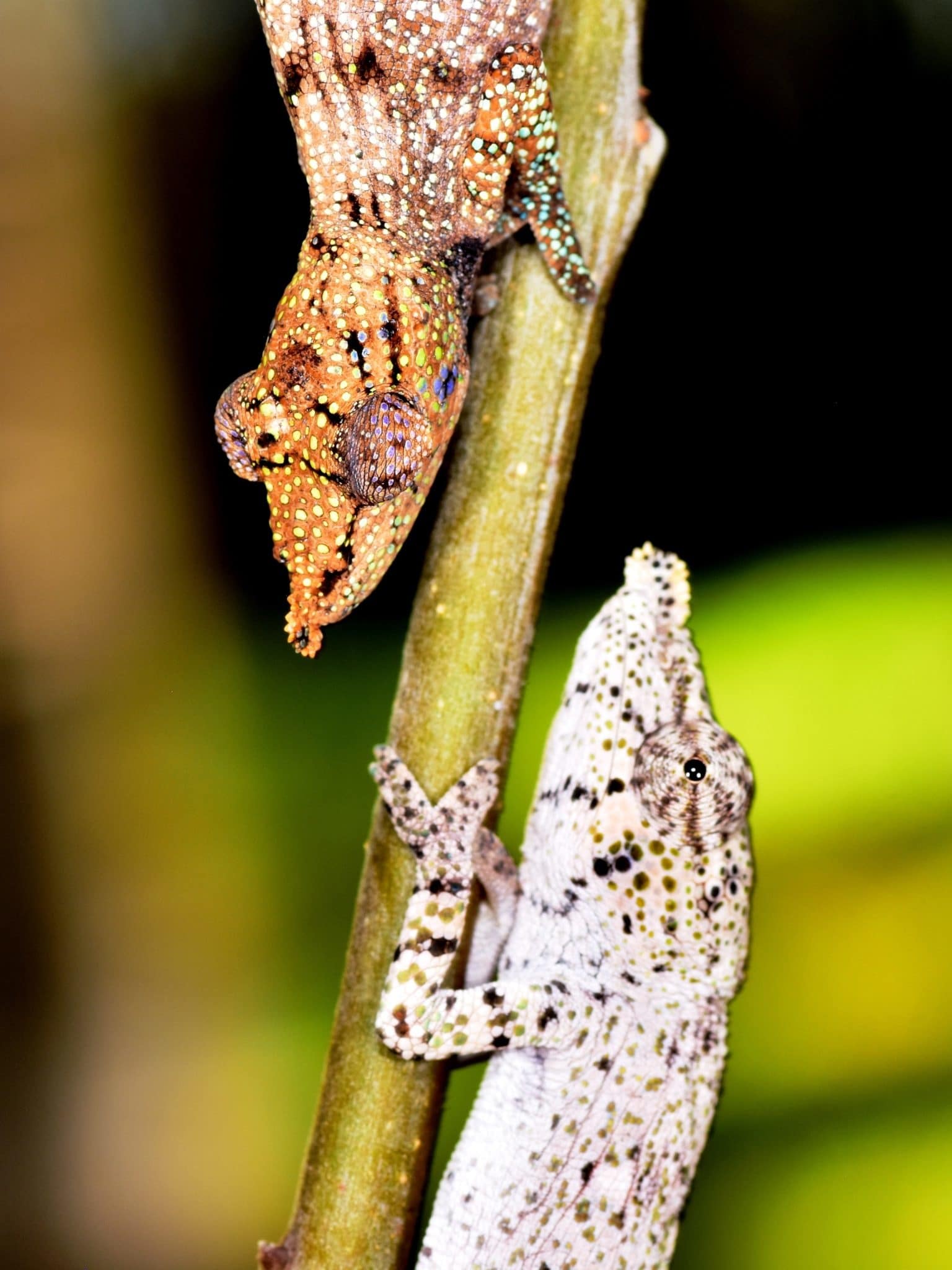 While it is easy to tell the difference between a house cat (Felis catus) and a domestic dog (Canis familiaris), in the case of these chameleons, first impressions can be deceptive. In fact, the early clues about their distinctness came from their DNA. The researchers also studied the morphologies, especially their “noses,” and features like the dorsal crest that runs along the back and tail lengths to pinpoint differences. Micro CT scans that create 3D renditions using X-rays helped to home in on variations in skull anatomy.

The attempt to demystify the species is not just about setting the biological record straight; it has implications for conservation efforts. Currently, the C. nasutum group’s conservation status is “least concern” on the IUCN Red List. The new paper may lead to a re-examination of that designation. For example, the species for whom the complex was named was believed to be spread over a vast area across northern and eastern Madagascar. The paper has revealed that the actual C. nasutum species is limited to a much smaller area.

“With this revision to the complex, we now know that C. nasutum is actually much more range restricted based on our current knowledge, which may drastically change its conservation status,” Anderson said. 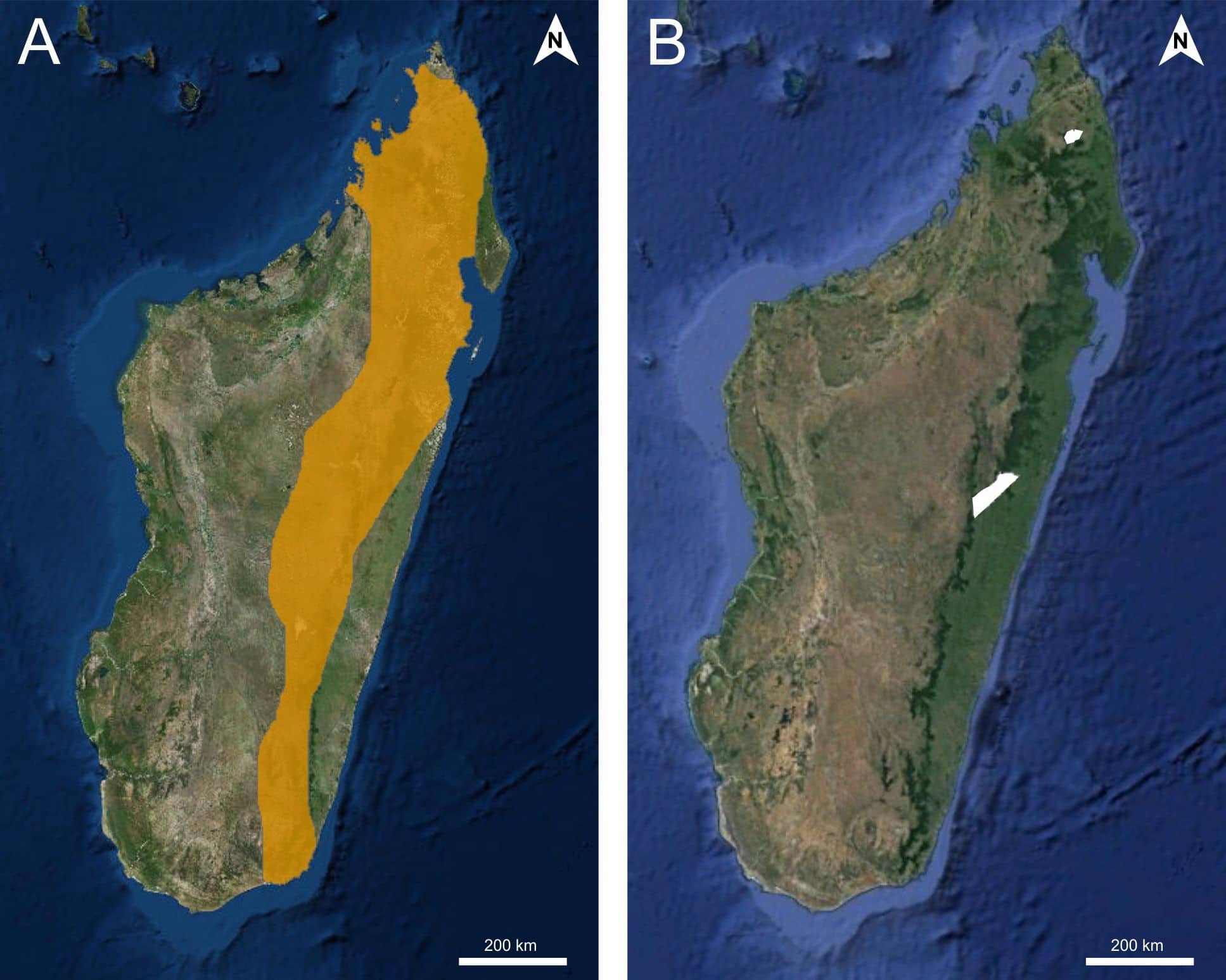 The researchers say they believe still more species might be distinguished within C. radamanus. Since there remains uncertainty about the taxonomic designation of some species, the authors say such species should be listed as “data deficient” on the IUCN Red List. Prötzel and his colleagues may resolve another piece of the puzzle: He has now set his sights on Calumma gallus, another complex of chameleon species, which includes the very long-nosed, and very aptly named Pinocchio chameleon.