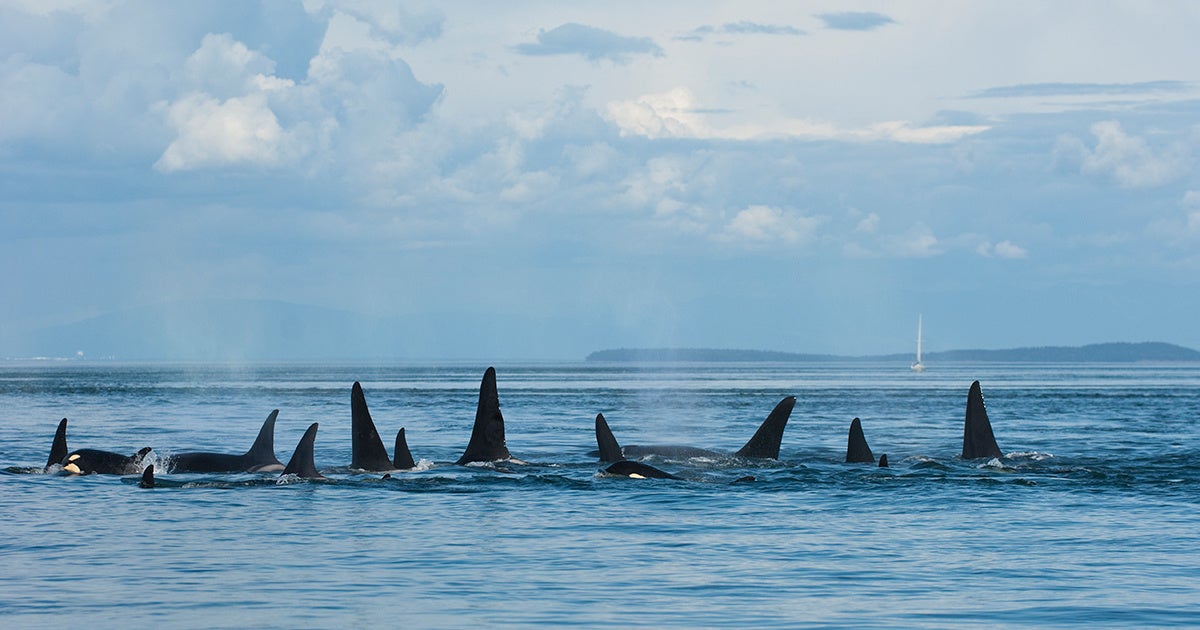 Is there hope for the critically endangered
orcas that travel the waters between Seattle and BC, Canada? The southern resident killer whales have added a new member to their shrinking numbers: a baby that Center for Whale Research (CWR) Founding Director Ken Balcomb has named Lucky.

Balcomb confirmed the calf’s birth with to
The Seattle Times Friday, saying that the baby was healthy.

We have great news! We have a new baby L124, and mom is L77. We just got off the water, and we will have more pictures soon. pic.twitter.com/lti64P3U2R

The birth comes at a critical time for the southern resident killer whales. Between June and September of 2018, the population lost three whales,
bringing its numbers down to 74. Lucky’s birth has bumped that number up to 75, but the new calf’s survival is not certain. The last baby to be born to the southern resident orcas lived only half an hour. Its mother, Tahlequah, carried the body for a heartbreaking 17 days this summer, bringing international attention to the whales’ plight. The population has not given birth to a surviving calf for three years.

“Approximately 40 percent of newborn calves do not survive their first few years, but we hope that this one makes it to maturity, especially if it is female,” CWR wrote in a press release announcing the birth.

The new baby was first spotted in a video shot Thursday by Seattle’s King 5 News near Washington’s Vachon Island,
CBC News reported. It was seen beside the whale L77, who had been pregnant.

CWR told the story of how they confirmed the birth:

On January 10, 2019, TV stations in Seattle aired live aerial footage of several groups of killer whales in Puget Sound near Seattle, and discerning viewers were able to see a very small whale among them. CWR researcher, Melisa Pinnow, was able to see that L pod individuals were in one of the groups with a new baby. It was associated with a female, L77. The whales were still in Puget Sound by nightfall. At 5:45 am this morning they were heard on the CWR sponsored hydrophone at Bush Point in Admiralty Inlet. We dispatched a research team from San Juan Island, and they encountered the whales exiting Admiralty Inlet at 9:50 am with their new baby!

Southern resident killer whales are struggling due to a decline in their primary
food source: Chinook salmon. Scientists said this month that they expected two more whales to die of starvation in 2019, CBC News reported.

Washington Gov. Jay Inslee announced a massive push to save the whales in December, including earmarking more than $300 million for salmon recovery, culvert removal and water quality and supply improvement projects.