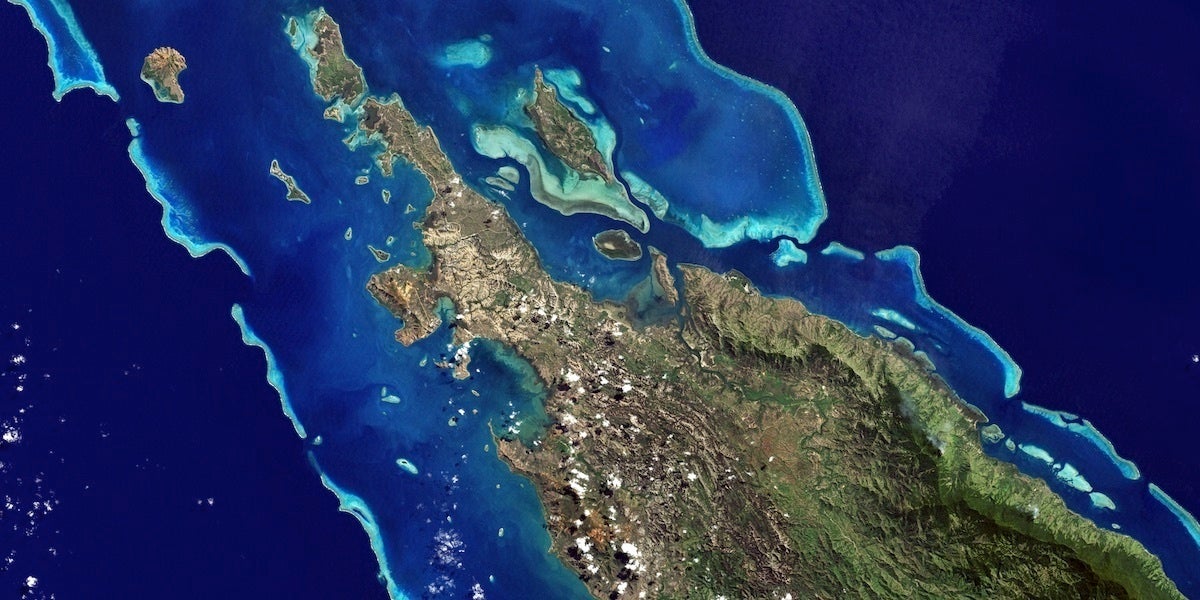 The French overseas territory of New Caledonia announced Tuesday the highest possible levels of protection for some of the world’s last unspoiled coral reefs.

All types of extraction, including commercial and industrial fishing, has been banned in the Chesterfield, Bellona, Entrecasteaux, Pétrie and Astrolabe coral ecosystems, according to a Tuesday press release from the World Wildlife Fund (WWF), which has long pushed the reefs’ protection.

President Philippe Germain believes the action has created the largest wilderness reserve in the world, he said in a press conference, as quoted by La Dépêche.

Tourist activity is also expected to be rigorously controlled, making it harder for the 600,000 tourists who visit New Caledonia each year to access the sites, Reuters reported. Small eco-tourist groups and researchers may apply for permits for access.

The reefs and the surrounding waters provide vital habitats for dugongs, seabirds, nesting green turtles and humpback whales. It’s also home to 1,700 species of fish and 473 different types of coral, according to Pew Charitable Trusts.

“We welcome New Caledonia’s announcement of the classification of its near-pristine coral reefs. These ecosystems are full of life—the ocean’s equivalent of tropical forests—and France, through its overseas territories, carries an international responsibility for their protection,” Hubert Géraux, WWF-France’s manager of the New Caledonia office, said in a statement.

The new protected reefs sit within the Natural Park of the Coral Sea of New Caledonia, one of the largest protected areas on the planet, spanning 1.3 million square kilometers (501,933 square miles). Its protections, however, are not as strict as it would be under an MPA.

Christophe Chevillon, head of the Pew Bertarelli Ocean Legacy in New Caledonia, which helped draft the plans, said more could be done.

“Although we believe this to be a major breakthrough, we are convinced that New Caledonia can still go further and lead the way for other Pacific countries,” he told AFP.

“In fact, the 28,000 square kilometers protected only represents two percent of the Coral Sea Natural Park.”

The world’s coral reefs are under grave threat from pollution, overfishing and the effects of climate change. The world has already lost about half of its shallow water coral reefs, WWF said.

“Your commitment to preserve all of the remote reefs within the Coral Sea Natural Park, some of the healthiest and most intact reefs found on Earth, is commendable,” Kerry wrote in a letter, published by La Dépêche, to President Germain.

Kerry urged the president to expand protections within the park to help strengthen conservation, cultural and economic benefits for New Caledonia.

“I encourage you to continue to establish fully-protected areas within the [Coral Sea Natural Park], safeguarding the seamounts and pelagic areas, to ensure longevity of fish populations for the local people and help preserve New Caledonia’s waters for years to come,” he wrote.

“This is the kind of leadership we need to see in coral reef conservation and we applaud it,” Tanzer said in a statement. “With good management, these marine protected areas will help maintain fish populations and ecosystem health that will build the reef’s resilience to the impacts of climate change in future. This leadership must inspire similar action by other governments.”

New Caledonia has committed to stronger protection of its near-pristine coral #reefs. This is the kind of leadership we need to see in #coral reef conservation and @WWF applauds it. https://t.co/AnrMUjknm1 #oceans #iyor2018 pic.twitter.com/dPYLzPYP29