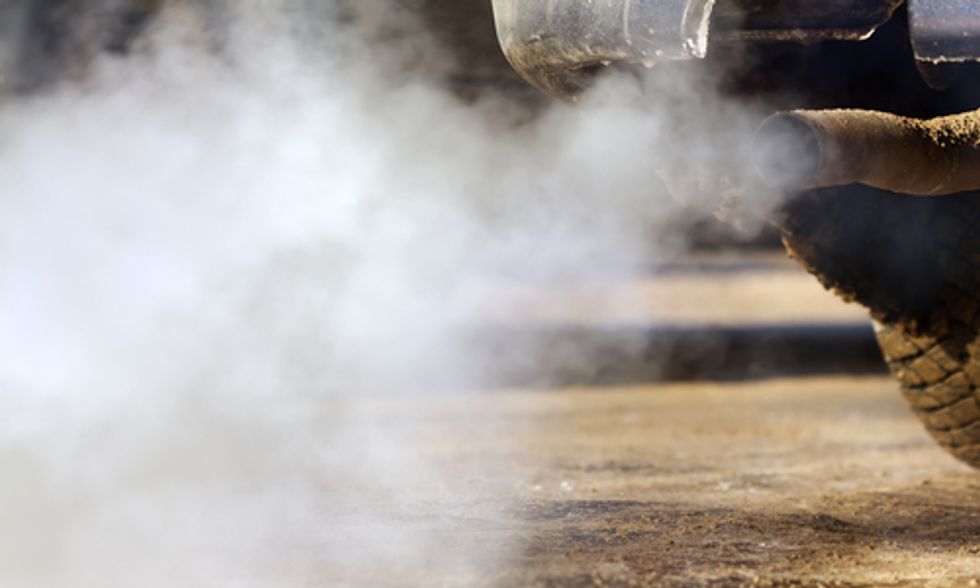 When I worked for the City of New York, I often asked people what they felt was the worst environmental problem. Many said tailpipe pollution. Emissions from the tailpipes of cars and trucks seemed particularly insulting because—as we all walked our kids to school—the tailpipes seemed to be spewing black smoke just at the level of our kids’ heads.

Our cars and trucks have become a lot cleaner since then, but exhaust from vehicle tailpipes is still a major source of air pollution, responsible for up to 45 percent of soot and smog-forming pollution in many areas of the country. Air pollution still sends thousands of kids and adults to the emergency room every year with asthma attacks or breathing difficulty, and keeps hundreds of thousands more home from school or work; it can even shorten the lives of people with heart or lung trouble. The latest set of tailpipe and clean gasoline standards announced today by the U.S. Environmental Protection Agency (EPA) will help reduce smog and soot and clear the air for millions of Americans, saving thousands of lives and up to $19 billion in health costs each year.

The EPA’s new standards will reduce the amount of sulfur in gasoline by two-thirds. This will have an immediate impact on air quality. Sulfur, in addition to being a source of air pollution, builds up in your car’s exhaust system and makes emissions control less effective. When every gas-powered car on the road fills up with cleaner, lower-sulfur gasoline, they’ll all start running cleaner—even older vehicles. Smog-forming pollution is expected drop by 260,000 tons by 2018, a year after the new standards take effect--that’s the equivalent of replacing roughly 30 million of today’s cars with zero-emission vehicles.

With less sulfur in the fuel tank to gum up the works, automakers can move ahead with cleaner engines and exhaust systems optimized for cleaner gasoline. Vehicles built in 2017 and beyond will produce 80 percent less smog-forming pollution and 70 percent less particle pollution, or soot, than cars built under today’s tailpipe standards. Soot is a particularly harmful type of air pollution, because very tiny particles can lodge deep in the lungs or even enter the bloodstream. It’s been linked to premature death, heart attacks, aggravated asthma and other heart and lung problems.

The American public has expressed strong support for the new standards, which will prevent, according to EPA estimates, as many as 2,000 premature deaths each year, as well as thousands of hospital visits and 1.4 million days of missed work, school absences, or activity restrictions. By 2030, these standards will save Americans anywhere from $6.7 billion to $19 billion in health costs each year. The additional cost for cleaner gasoline will be less than a penny a gallon.

Automakers, eager to move forward with more clean car technologies, support the new standards as well. The oil industry, however, has been a major roadblock against getting these standards through, protesting that meeting them would be prohibitively expensive. But analysis from the EPA, and even some oil industry analysts, showed their numbers didn’t add up.

The oil industry voiced similar concerns about earlier sulfur reductions, which were achieved successfully, as well objecting to the removal of lead from gasoline, which NRDC began advocating for in the 1970s. Lead standards, which NRDC helped push through in the U.S.and then worked to expand globally, have effectively gotten rid of lead in gasoline around the world, resulting in a remarkable 90 percent drop in blood lead levels globally, and an estimated $2.4 trillion in annual health, societal and economic benefits. This is truly amazing public health victory, achieved at a fraction of the cost the industry claimed.

Like removing lead from gasoline, reducing sulfur and tailpipe emissions is an important win for clean air and public health. Clearing the air of lung-damaging pollution will save thousands of lives. It means fewer trips to the emergency room with an acute asthma attack or irregular heartbeat; fewer days when asthmatic kids can’t go outside and play.

These are cost-effective, health-protective standards that will produce real benefits for millions of Americans who can look forward to breathing cleaner air.

This post was originally posted on the NRDC's Switchboard Blog.