The Netherlands Can Feed the World. Here’s Why It Shouldn’t 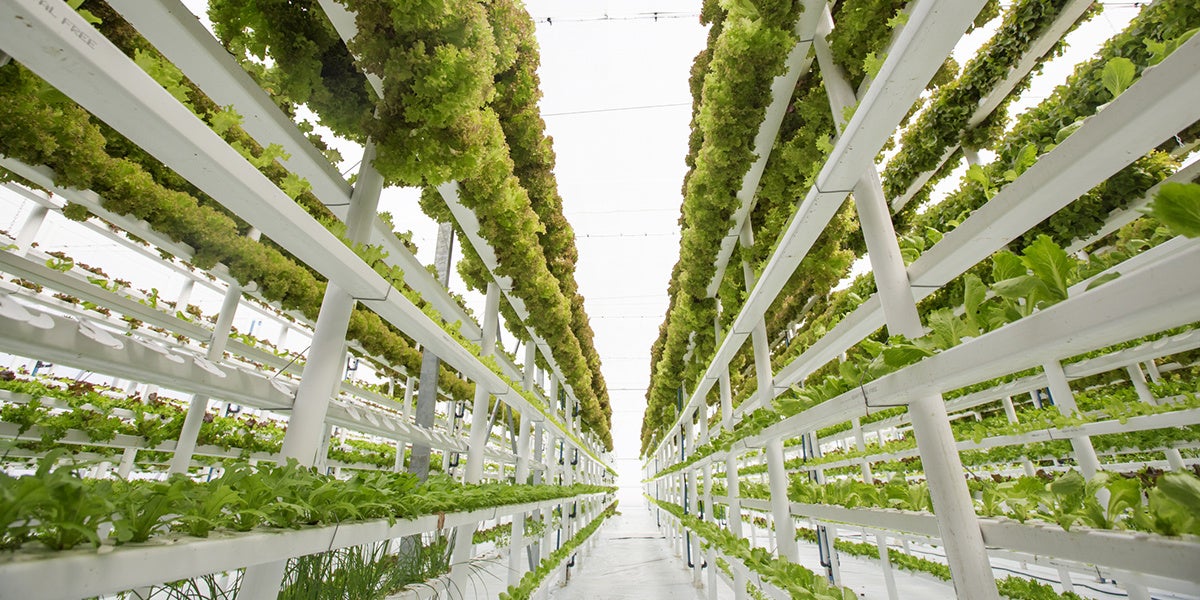 Recently, National Geographic published an article called This Tiny Country Feeds the World, where the author extolled the innovations of a small European country that has managed to become a global powerhouse in agriculture and technology—the Netherlands. Now the second biggest exporter in value of agricultural products after the U.S., the country has managed to cut down carbon emissions and its use of fertilizer and pesticides while implementing cutting-edge technology and increasing yields.

The article opens with a vivid description of a farm close to the Belgian border where a farmer is overseeing drones from the cabin of his state-of-the-art harvester. He is the symbol of the new Dutch approach to food production: “Twice as much food using half as many resources.”

The author blithely points out what we already know: There will be 9 billion people living on Earth by 2050 and the demand for food will increase accordingly.

On the surface, it sounds impressive: A tiny, densely populated country has developed the capacity to feed the world, a feat worthy of admiration. And yet this raises other, more critical questions: Is the Netherlands’ technology-dependent, high-capital model actually appropriate for other countries? Is it even necessary? And what gets lost when we focus solely on increasing food efficiency?

You may not hear many Dutch people complaining about their own food, but for everyone else, it lacks quality and taste. This is best symbolized by the tomato. A German once told me, “Dutch tomatoes are best for playing tennis with.” And yet the Netherlands is the third biggest exporter of tomatoes in the European Union. The given reason is always economics; the Dutch were paid the lowest price per kilo out of all EU countries.

While some good tomatoes are produced for both export and for domestic consumption, “the taste is not always good,” explained Leo Marcelis, a professor of horticulture at Wageningen University and Research. “It’s more the choice of the grower. Many growers go for more kilograms because then the net profit is higher.”

But the problem isn’t with Dutch production, but rather with Dutch choice. “The originality or creativity of the food culture—you won’t find it here,” said Pinar Coskun, a sociologist at Sustainable Food Lab, an Erasmus University of Rotterdam project aimed at encouraging more varied, sustainable, and plant-based diets. A country can become an agricultural powerhouse without having a rich food culture, but the focus on price, efficiency and practicality has undermined how the Dutch both consume and produce their food.

“For the Netherlands, it doesn’t matter what you are importing or exporting, whether it’s raw materials, or food ingredients. It has more to do with economy, distribution, logistics than getting into food culture. So that’s also a little bit of rational thinking,” explained Coskun.

Dutch food has a reputation for being bland, uninspired and boring, which is astounding given the country’s rich history of seafaring and trading. But the Dutch were once adventurous eaters, experimenting with new ingredients and mixing them up in novel ways. Cookbooks such as De Verstandige Kok (or The Reasonable Chef), which was published in 1669, are proof that the Dutch had taken great interest in what was on their plates. They experimented with spices such as saffron and others. A recipe featured roasted goose with turmeric and quince paste cookies. Many people grew fruits and vegetables in their own gardens.

But in the 19th century, when the Dutch Golden Age of exploration and colonization was over, the Netherlands lost many of its territories to England, and frugality became fashionable. At the end of the 19th century and at the beginning of the 20th, girls were sent to special housekeeping schools, where they learned to cook simply, cheaply and quickly. Experimenting with tastes, ingredients and cooking methods was seen as frivolous, therefore was frowned upon. As a result, Dutch culinary culture lost much of its early adventurousness and became known for the bland and mashed concoctions we find today.

But this is, yet again, changing. Among others, a new collective of chefs called Dutch Cuisine is devoted to raising the profile of Dutch food in the nation and around the world.

It’s underexposed, said Marjan Pijnenburg, one of Dutch Cuisine’s founders, but she disagrees with the notion that the Netherlands lacks a food culture. “We have fantastic food, traditions, and products,” she said. “That is something we can be proud of.”

There are some benefits to a simple approach to food. For one, while the country’s high-tech food industry grows the same crops year-round (for example, tomatoes), the Dutch diet relies heavily on seasonal produce from small, local, family-owned farms. Some dishes, such as stamppot (mashed potatoes with leafy green vegetables and smoked sausage) or snert (also known as erwtensoep, green split pea soup), are only eaten in wintertime. There is a growing interest in rediscovering long-forgotten fruits and vegetables, such as Jerusalem artichokes, parsnips or medlars, now sold in many health food stores. Weekly farmers markets, which offer a wide variety of fresh produce, have a long tradition in the Netherlands. And, for food purists who love knowing exactly what they are eating, the Dutch minimalistic approach seems perfect because most dishes don’t require a miles-long list of ingredients.

Moreover, the culture is slowly and steadily changing, following the global trend toward healthier food. In 2014, the Netherlands topped the list of countries with the most available, healthy, nutritious and affordable food. The Dutch also increasingly buy organic food, especially when it comes to staples like eggs, milk and fish. However, not all trends are positive. The Dutch still consume large amounts of sugar and fat. The time used for food preparation and shopping has decreased in recent years, with a trend toward ready-made or take-out dishes. But the shift toward healthier and tastier cuisine can’t be dismissed.

The world definitely has a lot to learn from Dutch innovations in farming, especially when it comes to reducing the use of water, pesticides and carbon emissions. But before we get overly excited about the Netherlands, let’s remember that the Dutch have their own lessons to learn. In Coskun’s words, “before we feed the world, we should feed ourselves.”