Is Netflix Bad for the Environment? How Streaming Video Contributes to Climate Change 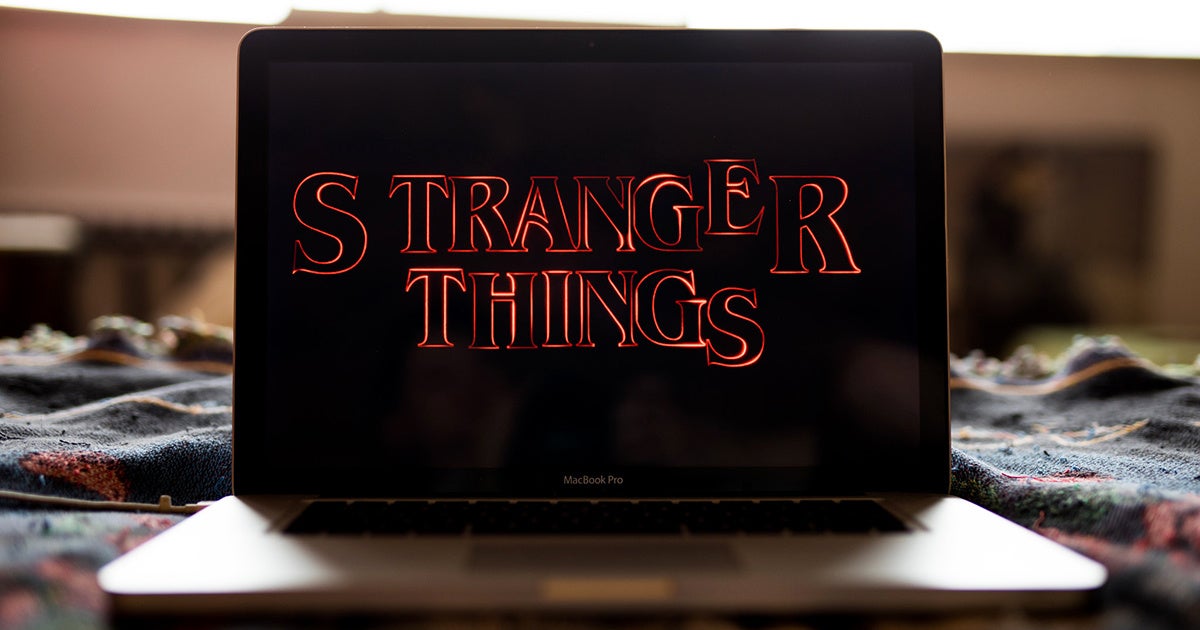 Sending dozens of emails a day, making a quick call on WhatsApp, uploading some photos to the cloud, watching a short viral clip on YouTube: It’s all part of the digital daily life around the world. For the individual, it may be “just one photo” or “just a few minutes of video,” but, taken together, our collective internet traffic contributes enormously to climate change.

Everything a computer, tablet or smartphone does requires electricity. And, to generate that electricity, the world still predominantly uses fossil fuels — which produce carbon dioxide and contribute to heat-trapping greenhouse gases.

Digital technologies have even surpassed the aerospace industry in terms of carbon emissions. While aviation’s share of global CO2 emissions is estimated to be around 2.5%, and rising, nearly 4% of all CO2 emissions can now be attributed to global data transfer and the necessary infrastructure, according to a recent study by Paris-based think tank The Shift Project. The NGO is researching ways to redesign the world’s economy so that it runs on renewable energy. 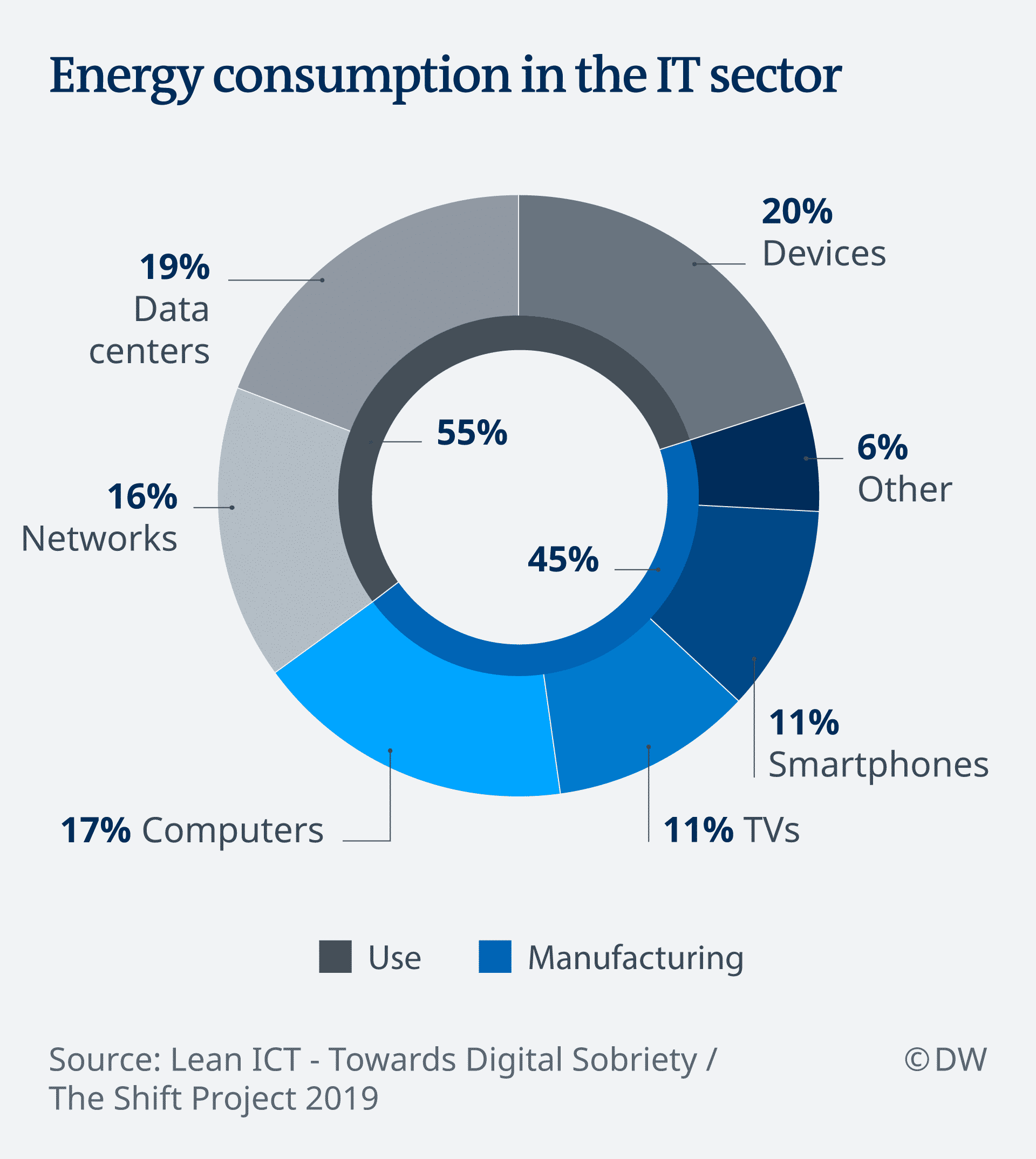 The calculations include both the energy costs of creating IT infrastructure and the actual use of that infrastructure — with the latter consuming 10 percentage points more electricity than the production of all equipment and technology combined.

According to a projection by IT giant Cisco, by 2022 around 60% of the world’s population will be online, with video making up more than 80 percent of all internet traffic. Maxime Efoui-Hess, an energy and environmental expert at The Shift Project and author of the study, said we need to urgently reconsider the future of internet use and think about cutting back.

“We have limited energy resources,” he said, pointing out that even if we make the shift to renewables now, “the internet is a worldwide thing, so it would require every country in the world to be powered by renewable energy.” But he said that goal remains impossible in such a short time, meaning we can’t let internet usage grow as rapidly as it has to this point.

The largest share of that growth is now video traffic: 80% of all data transferred online is video data, with nearly 60% of that being online video, meaning streaming videos stored on a server and viewed remotely, via sites like Netflix, YouTube or Vimeo.

The problem: transferring videos online is data-intensive. In 2018, online video traffic was responsible for more than 300 million tons of CO2, equivalent to what a country the size of Spain releases in a year — for all sectors combined. The higher a video’s resolution, the more data that’s required. Ten hours of high-definition film consumes more bits and bytes than all the English-language articles in Wikipedia put together, according to The Shift Project.

The way we consume videos and movies has also changed radically. In the past, films told a story with moving pictures and music; today, online videos are primarily used to hook a person’s attention for as long as possible. “It moves, and there’s sound, and that’s attractive to our brain,” said Efoui-Hess. “But it can lead to addictive behavior.”

Platforms like YouTube, Facebook and Netflix have increasingly exploited this biological preference, he said. The autoplay function lets videos start automatically, without sound and with subtitles, making information even easier to consume. “That’s just the way to make you watch the whole video — and it works.”

Can this growing hunger for videos be satisfied, in a way that spares the climate? Or do we have to go without our favorite streaming TV series and films? Efoui-Hess points out that it would indeed be better to watch something on a standard TV broadcast — analogue broadcasting also consumes electricity, but the data is only transmitted over a limited geographical area, rather than halfway around the world, as is the case with streaming video.

Lutz Stobbe, who researches the environmental impact of information and telecommunications technology at the Fraunhofer Institute for Reliability and Microintegration in Berlin, said when it comes to data transfer, the last mile is crucial — as in, what specific technology is used to bring the data to the consumer.

Mobile data transfer uses the most electricity. Basic transmission loss, solid structures like buildings, vegetation and atmospheric conditions — in other words, weather — can weaken electromagnetic waves and led to buffering videos. For that reason, the transmission signal needs to be boosted, especially when the signal is being routed over long distances through old copper cables.

“The power amplifiers have a low electrical efficiency, which means that about half of the energy used for data transmission is lost as heat,” said Stobbe. “The most efficient transmission technology is fiber-optic cables, which transmit signals by light.”

Germans, for example, mainly surf the internet via copper cables; as of 2017, just over 2% of all broadband connections in the country used fiber-optic cables. By contrast, the mobile communication network is being expanded on a massive scale.

To help save on energy, Stobbe is currently working on something known as edge computing, in which the desired data is stored locally, closer to the consumer in places like data centers in major cities. That way, it doesn’t have to travel as far to get to where it’s going. 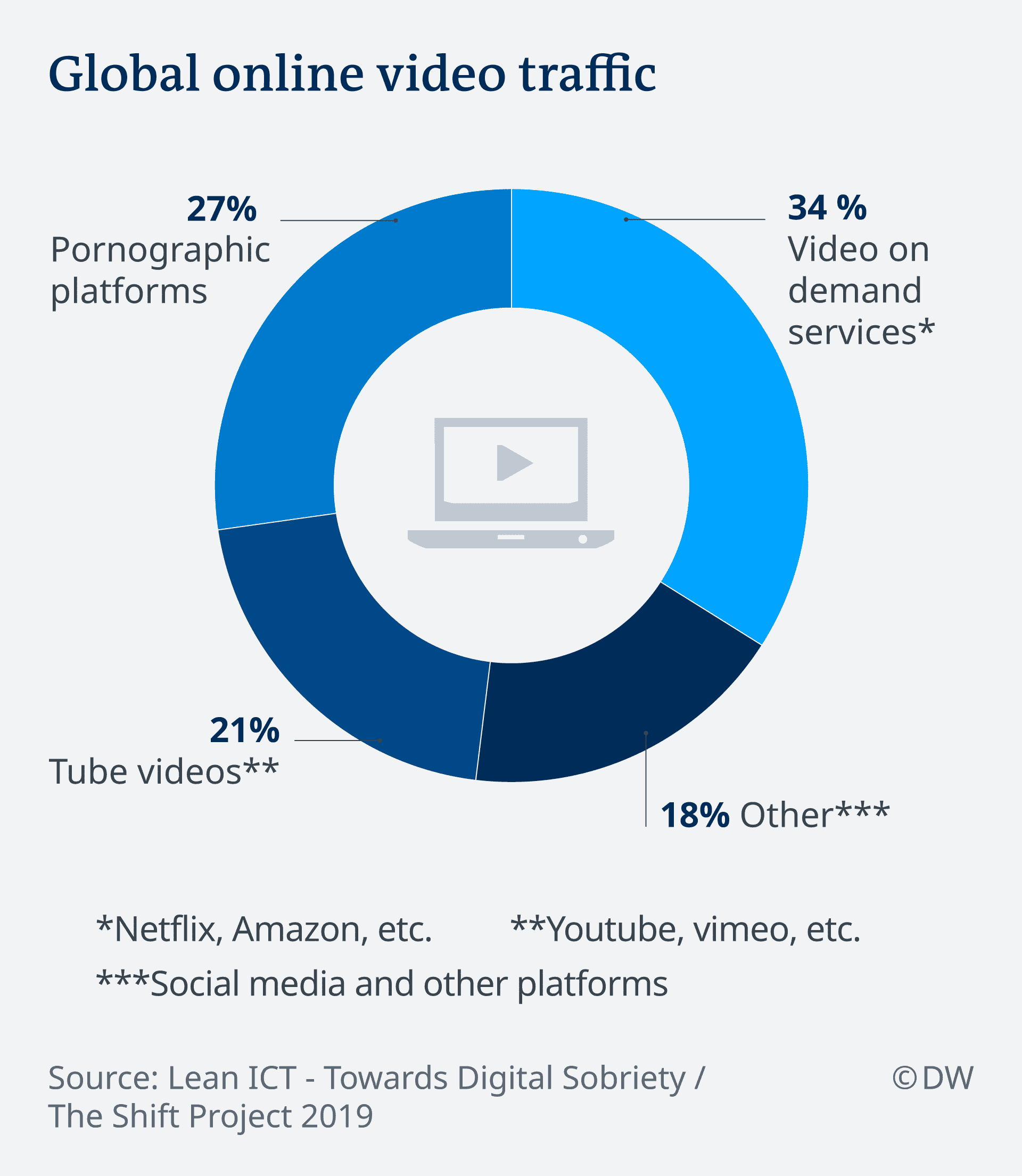 Stobbe said those hoping for next-generation devices and processes to be more energy-efficient will be disappointed. When it comes to technology, energy efficiency hasn’t improved significantly in the last decade. That’s why it’s best to use your older devices as long as possible, he said.

What remains are small tweaks to our daily routine. “This is what’s called digital hygiene,” said Stobbe. “Do you really need to upload 25 images of the same thing to the cloud? Every photo, every video is constantly backed up, for safety reasons, and that consumes energy every time. If instead you delete a few things here and there, you can save energy.”

Efoui-Hess is also an advocate of small changes. “Use Wi-Fi, not mobile networks, watch on the smallest screen you can — and high-definition video on a smartphone aren’t really necessary,” he said, pointing out that watching high-definition videos on a smartphone over a mobile network uses the most electricity, and consequently is the worst for the climate.

To raise awareness of the impact everyday digital life has on the climate, The Shift Project has developed a CO2 calculator browser add-on that measures the emissions generated by internet activity. Nevertheless, the NGO doesn’t place the responsibility solely on the end user; it believes the issue should be an important part of the political agenda. But so far, neither governments nor international institutions have recognized the problem, let alone made any efforts to bring about change.