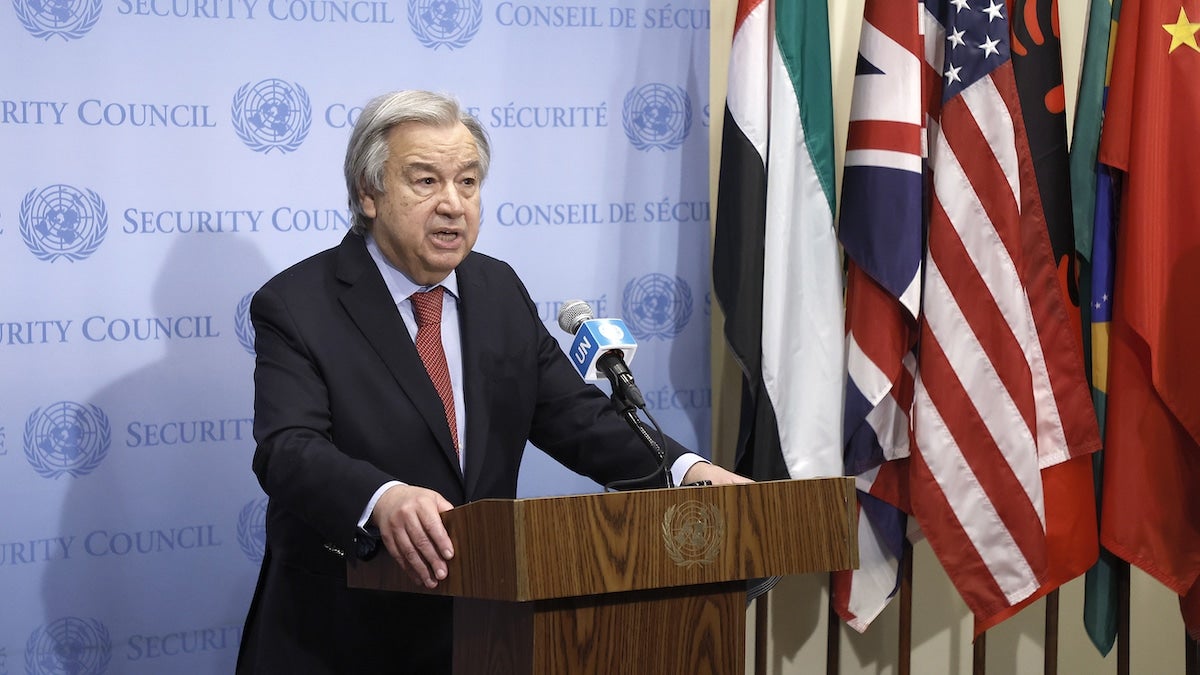 Several cities, regions and companies have made commitments to achieve net-zero greenhouse gas emissions in order to combat the climate crisis, but how do we know they will actually follow through?

In response to this question, the UN’s leader announced a new panel of experts Thursday to set robust and straightforward standards for net-zero pledges by non-state actors.

“Despite growing pledges of climate action, global emissions are at an all-time high. They continue to rise. The latest science shows that climate disruption is causing havoc in every region – right now. We are in a race against time to limit global heating to 1.5 degrees. And we are losing,” UN Secretary-General António Guterres said in a press release. “Governments have the lion’s share of responsibility to achieve net-zero emissions by midcentury. Especially the G20. But we also urgently need every business, investor, city, state and region to walk the talk on their net-zero promises.”

The official name of the new initiative is the High-Level Expert Group on the Net-Zero Emissions Commitments of Non-State Entities, and it will draft recommendations for the following issues:

Thursday’s launch followed comments made by Guterres at the COP26 UN climate conference in Glasgow last November about the need to ensure clear standards for proliferating net-zero pledges.

“To avert a climate catastrophe, we need bold pledges matched by concrete action. Tougher net-zero standards and strengthened accountability around the implementation of these commitments can deliver real and immediate emissions cuts,” Guterres said in the press release.

The group will have 16 members and will be supported by a small staff at the UN’s New York headquarters, Climate Home News reported. It will publish its recommendations within a year.

The group’s members include activists like Amanda Starbuck of the UK, business people like coffee-CEO Camila Escobar of Colombia, scientists like Intergovernmental Panel on Climate Change lead author Bill Hare and regulators like former Chair of the California Air Resources Board Mary Nichols. It will be led by Catherine McKenna who served as Canada’s environment minister and infrastructure and communities minister under Justin Trudeau before stepping down last year to focus on her children and climate action.

“The recent avalanche of net-zero pledges by businesses, investors, cities and regions will be vital to keep 1.5°C alive and to build towards a safe and healthy planet, but only if all pledges have transparent plans, robust near-term action, and are implemented in full,” McKenna said in the press release.

There is already some concern that several corporate net-zero pledges amount to another form of greenwashing. A report found that pledges from 25 top companies including Amazon and Unilever do not have concrete plans and deceive consumers, Reuters reported. Even some fossil fuel companies like Shell have promised net-zero emissions, but an environmental group sued them just this month for inadequately preparing for this goal.

UN’s special advisor on climate Selwin Hart said at a press conference reported by Climate Home News that the new group would not be “naming and shaming individual companies” but rather making sure the standards for everyone were clear.