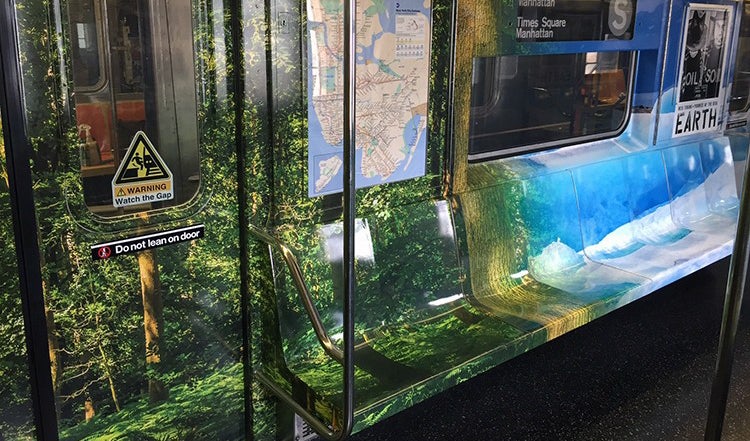 Neil Young and TIDAL have partnered to give New York City subway riders a unique experience.

From July 15 – 31, the “S” shuttle train will have an eco-centric installation called the Earth Train. The train is wrapped in various Earth images—trees, water, clouds, etc.—and filled with facts that Young wants to share with riders. 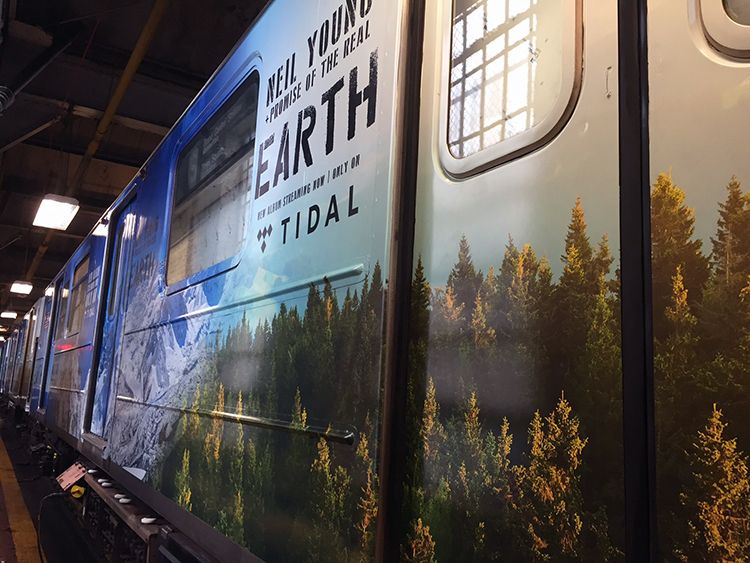 Earth Train was inspired by Young’s album, Earth, which features songs about living on the planet together. The 98-minute uninterrupted album features 11 songs from his 2015 tour with Lukas Nelson & Promise of the Real mixed with sounds of the Earth, Rolling Stone reported.

“Our animal kingdom is well represented in the audience,” Young said. “And the animals, insects, birds and mammals actually take over the performances of the songs at times.”

Songs include After the Goldrush, Love & Only Love, Vampire Blues, Hippie Dream, Mother Earth and Western Hero, Rolling Stone said. Four tracks from Young’s 2015 LP The Monsanto Years are included as well as I Won’t Quit, a track he debuted on his last tour.

Neil Young: Say No to GMOs on 'Behalf of All Living Things' https://t.co/HPFV6xpg6t @GMWatch @food_democracy

Between Noon and 3 p.m. Friday, TIDAL members that stop by the “S” train platform at Grand Central can pick up a complementary round-trip MetroCard. All attendees will also receive a 3-month membership voucher courtesy of TIDAL and Young.

Check out these incredible images of the Earth Train: 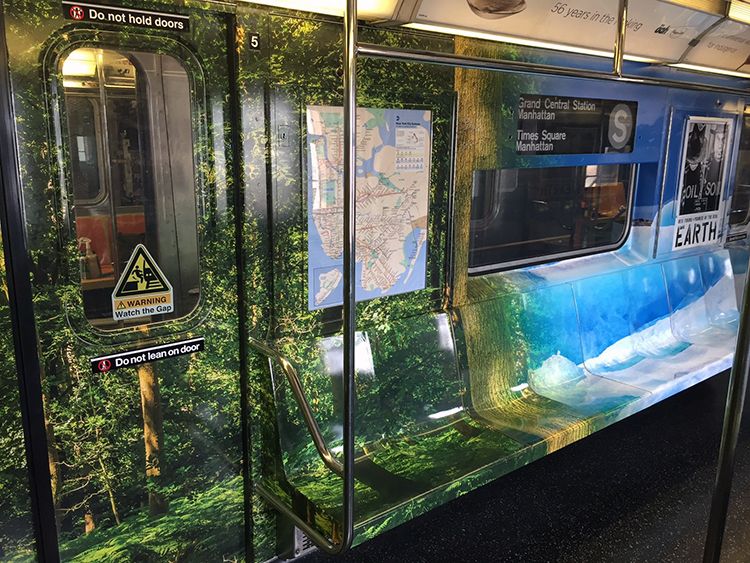 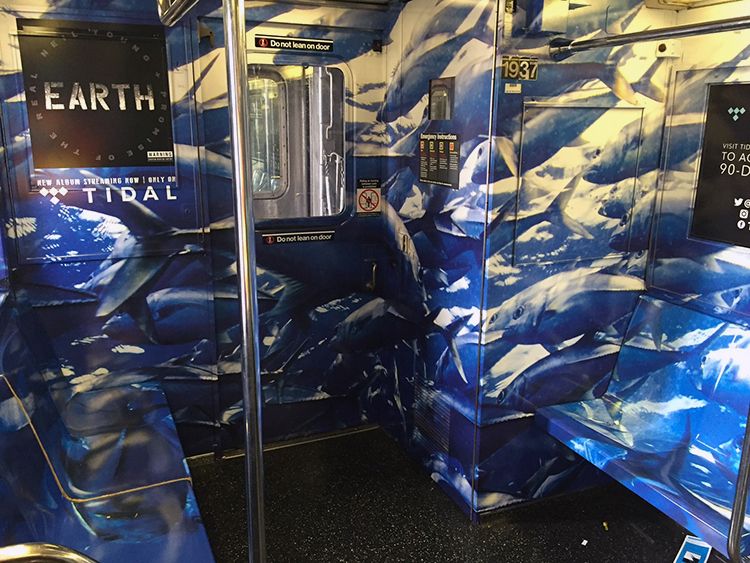 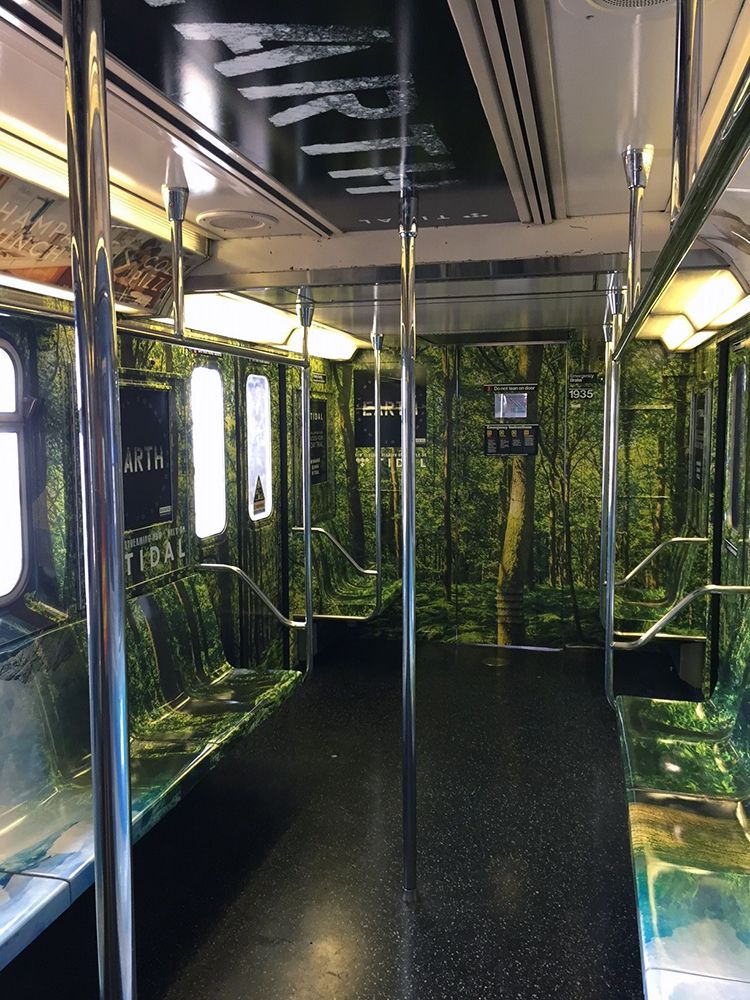 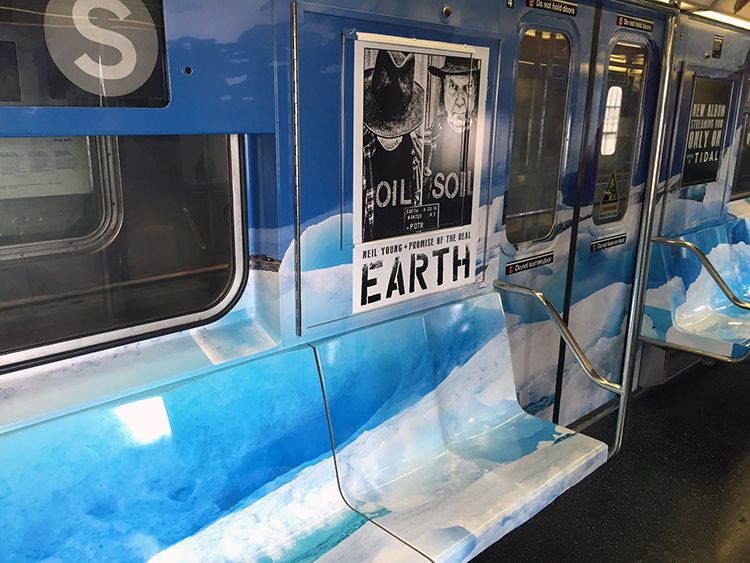