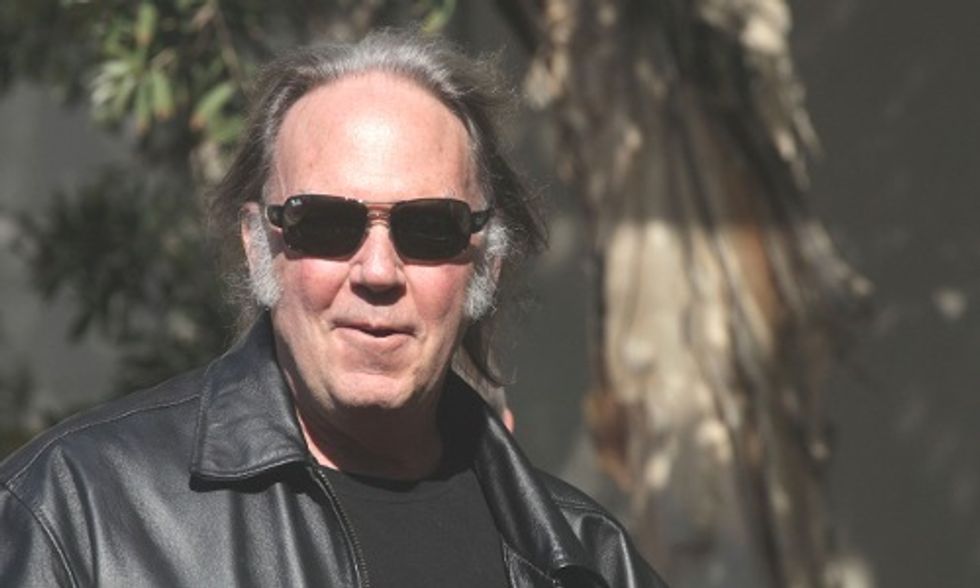 There's a cliche about people getting more conservative as they get older. But with 69-year-old musician Neil Young that opposite seems to be true. He keeps getting more passionate and outspoken about the things he believes—including the environment, Keystone XL pipeline, small-scale agriculture and taking on big corporations like Monsanto.

The unflaggingly productive Young has a new album coming out June 16 called The Monsanto Years. It's all about the multinational chemical giant that has been a leader in the development of genetically modified seeds and pesticides. That includes the widely used Roundup herbicide, which has been linked to cancer. He mentioned the album in January in an interview with Rolling Stone executive editor Nathan Brackett but according to the magazine he appeared to be joking.

Young has been outspoken against the spread of genetically modified crops. Last November, he announced on his website that he would be boycotting Starbucks for their membership in the Grocery Manufacturers Association (GMA), which has been one of the main funders, along with Monsanto, of successful efforts to derail state GMO-labeling ballot initiatives.

"No latte for me," he said. "I used to line up and get my latte every day but yesterday was the last one. Starbucks has teamed up with Monsanto to sue Vermont and stop accurate food labeling. Hiding behind the shadowy ‘Grocery Manufacturers Association,’ Starbucks is supporting a lawsuit that’s aiming to block a landmark law that requires genetically modified ingredients be labeled. Amazingly, it claims that the law is an assault on corporations’ right to free speech.”

Starbucks has denied their involvement in the Vermont lawsuit, but it seems like Young isn't letting them off the hook. At a pop-up gig at SLO Brewing Co. in San Luis Obispo last weekend featuring mostly environmentally focused material, he debuted several new songs, including "The Monsanto Years," "Too Big to Fail," "New Day for the Planet" and "Rock Starbucks."

Young will hit the road this summer with his band Promise of the Real, which features the songs of another passionate advocate for the old-fashioned family farm: Willie Nelson. His guitarist/singer sons Micah and Lukas will be part of Young's Rebel Content tour, kicking of July 5. The tour will include Young's first headlining show in Vermont (he performed there once before 50 years ago as an unknown guitarist in an obscure, short-lived band). The state's Burlington Free Press speculated that the concert might be connected to the state's support for GMO labeling.