Why We Can’t Reverse Climate Change With ‘Negative Emissions’ Technologies 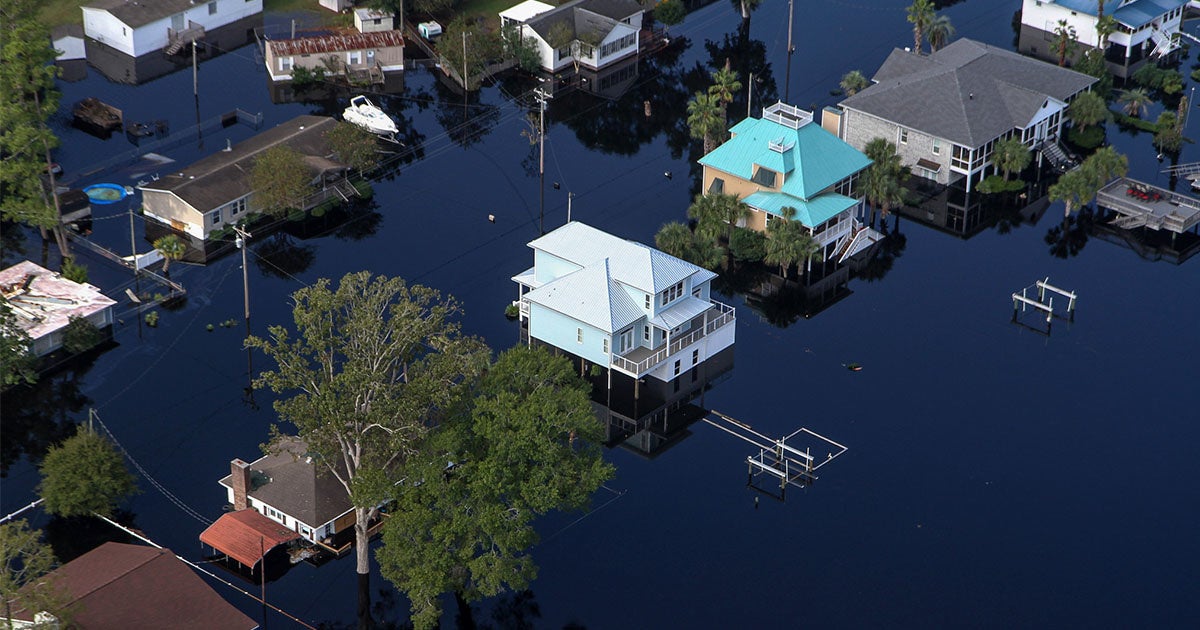 In a much-anticipated report, the Intergovernmental Panel on Climate Change (IPCC) said the world will need to take dramatic and drastic steps to avoid the catastrophic effects of climate change.

Featured prominently in the report is a discussion of a range of techniques for removing carbon dioxide from the air, called Carbon Dioxide Removal (CDR) technologies or negative emissions technologies (NETs). The IPCC said the world would need to rely significantly on these techniques to avoid increasing Earth’s temperatures above 1.5 degrees Celsius, or 2.7 degrees Fahrenheit, compared to pre-industrial levels.

Given that the level of greenhouse gases continues to rise and the world’s efforts at lowering emissions are falling way short of targets climate scientists recommend, what contribution we can expect from NETs is becoming a critical question. Can they actually work at a big enough scale?

What Are Negative Emissions Technologies?

There is a wide range of opinion on how big an impact these techniques can have in addressing climate change. I became involved in the debate because two of the most prominent negative emissions technologies involve CO2 capture and storage (CCS), a technology that I have been researching for almost 30 years.

Many NETs remove the CO2 from the atmosphere biologically through photosynthesis—the simplest example being afforestation, or planting more trees. Depending on the specific technique, the carbon removed from the atmosphere may end up in soils, vegetation, the ocean, deep geological formations, or even in rocks. 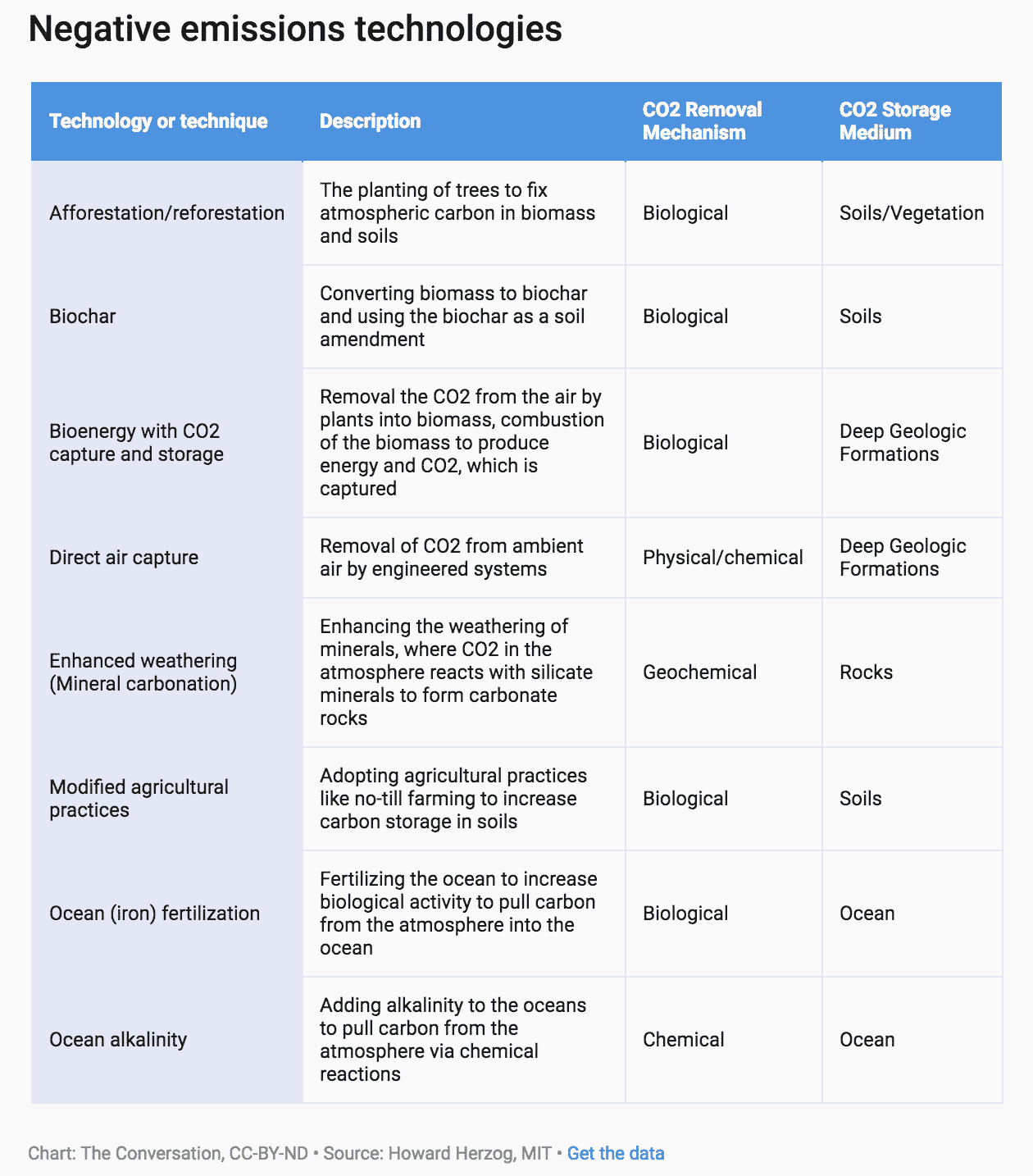 NETs vary on their cost, scale (how many tons they can potentially remove from the atmosphere), technological readiness, environmental impacts and effectiveness. Afforestation/reforestation is the only NET to have been deployed commercially though others have been tested at smaller scales. For example, there are a number of efforts to produce biochar, a charcoal made with plant matter that has a net negative carbon balance.

A recent academic paper discusses the “costs, potentials, and side-effects” of the various NETs. Afforestation/reforestation is one of the least expensive options, with a cost on the order of tens of dollars per ton of CO2, but the scope for carbon removal is small compared to other NETs. 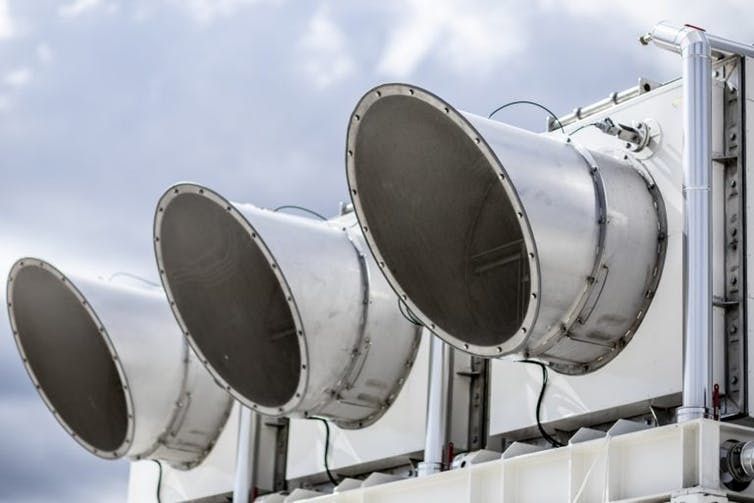 A handful of commercial companies are testing direct air capture technology,, which takes carbon dioxide out of the air. This project in Italy will use the CO2 to ultimately produce natural gas to power vehicles. Climeworks

In a 2014 IPCC report, a technology called bio-energy with carbon capture and storage (BECCS) received the most attention. This entails burning plant matter, or biomass, for energy and then collecting the CO2 emissions and pumping the gases underground. Its cost is high, but not excessive, in the range of $100-200 per ton of CO2 removed.

The biggest constraint on the size of its deployment relates to the availability of “low-carbon” biomass. There are carbon emissions associated with the growing, harvesting and transporting of biomass, as well as potential carbon emissions due to land-use changes—for example, if forests are cut down in favor of other forms of biomass. These emissions must all be kept to a minimum for biomass to be “low-carbon” and for the overall scheme to result in negative emissions. Potential “low-carbon” biomass includes switchgrass or loblolly pine, as opposed to say corn, which is currently turned into liquid fuels and acknowledged to have a high carbon footprint.

Some of the proposed NETs are highly speculative. For example, ocean fertilization is generally not considered a realistic option because its environmental impact on the ocean is probably unacceptable. Also, there are questions about how effective it would be in removing CO2.

A 2017 study at the University of Michigan did a literature review of NETs. One the one hand, they showed that the literature was very bullish on NETs. It concluded these techniques could capture the equivalent of 37 gigatons (billion tons) of CO2 per year at a cost of below $70 per metric ton. For comparison, the world currently emits about 38 gigatons of CO2 a year.

However, I think this result should be taken with a large grain of salt, as they rated only one NET as established (afforestation/reforestation), three others as demonstrated (BECCS, biochar and modified agricultural practices), and the rest as speculative. In other words, these technologies have potential, but they have yet to be proven effective.

Other studies have a much harsher view of NETs. A study in Nature Climate Change from 2015 states, “There is no NET (or combination of NETs) currently available that could be implemented to meet the <2°C target without significant impact on either land, energy, water, nutrient, albedo or cost, and so ‘plan A’ must be to immediately and aggressively reduce GHG emissions.” In another study from 2016, researchers Kevin Anderson and Glen Peters concluded, “Negative-emission technologies are not an insurance policy, but rather an unjust and high-stakes gamble. There is a real risk they will be unable to deliver on the scale of their promise.”

The bottom line is that NETs must be shown to work on a gigaton scale, at an affordable cost, and without serious environmental impacts. That has not happened yet. As seen from above, there is a wide range of opinion on whether this will ever happen.

A critical question is what role NETs can play, both from a policy and economic point of view, as we struggle to stabilize the mean global temperature at an acceptable level.

One potential role for NETs is as an offset. This means that the amount of CO2 removed from the atmosphere generates credits that offset emissions elsewhere. Using negative emissions this way can be a powerful policy or economic lever.

For example, with airline travel the best approach to net zero emissions may be to let that industry to continue to emit CO2, but offset those emissions using credits from NETs. Essentially those negative emissions are a way to compensate for the emissions from flying, which is expected to rely on fossil fuels for many years.

The economics of using NETs to correct an “overshoot” are very different.

We as a society seem unwilling to undertake sufficient efforts to reduce carbon emissions today at costs of tens of dollars per ton CO2 in order to keep enough CO2 out of the atmosphere to meet stabilization targets of 1.5 or 2 degrees Celsius. However, correcting an “overshoot” means we expect future generations to clean up our mess by removing CO2 from the atmosphere at costs of hundreds of dollars or more per ton CO2, which is what the future deployment of NETs may cost.

This makes no sense, economic or otherwise. If we are unwilling to use the relatively cheap mitigation technologies to lower carbon emissions available today, such as improved efficiency, increased renewables, or switching from coal to natural gas, what makes anyone think that future generations will use NETs, which are much, much more expensive?

That’s why I see the role of NETs as an offset being very sound, with some deployment already happening today and increased deployment expected in the future. By contrast, treating NETs as a way to compensate for breaking the carbon budget and overshooting stabilization targets is more hope than reality. The technical, economic and environmental barriers of NETs are very real. In formulating climate policy, I believe we cannot count on the future use of NETs to compensate for our failure to do enough mitigation today.

Howard J. Herzog is a senior research engineer at the Massachusetts Institute of Technology.